AMWU Shipbuilders have been working hard to encourage Members of Parliament to sign-up to our campaign and sign the Pledge to Support and Vote for Australian Shipbuilding. 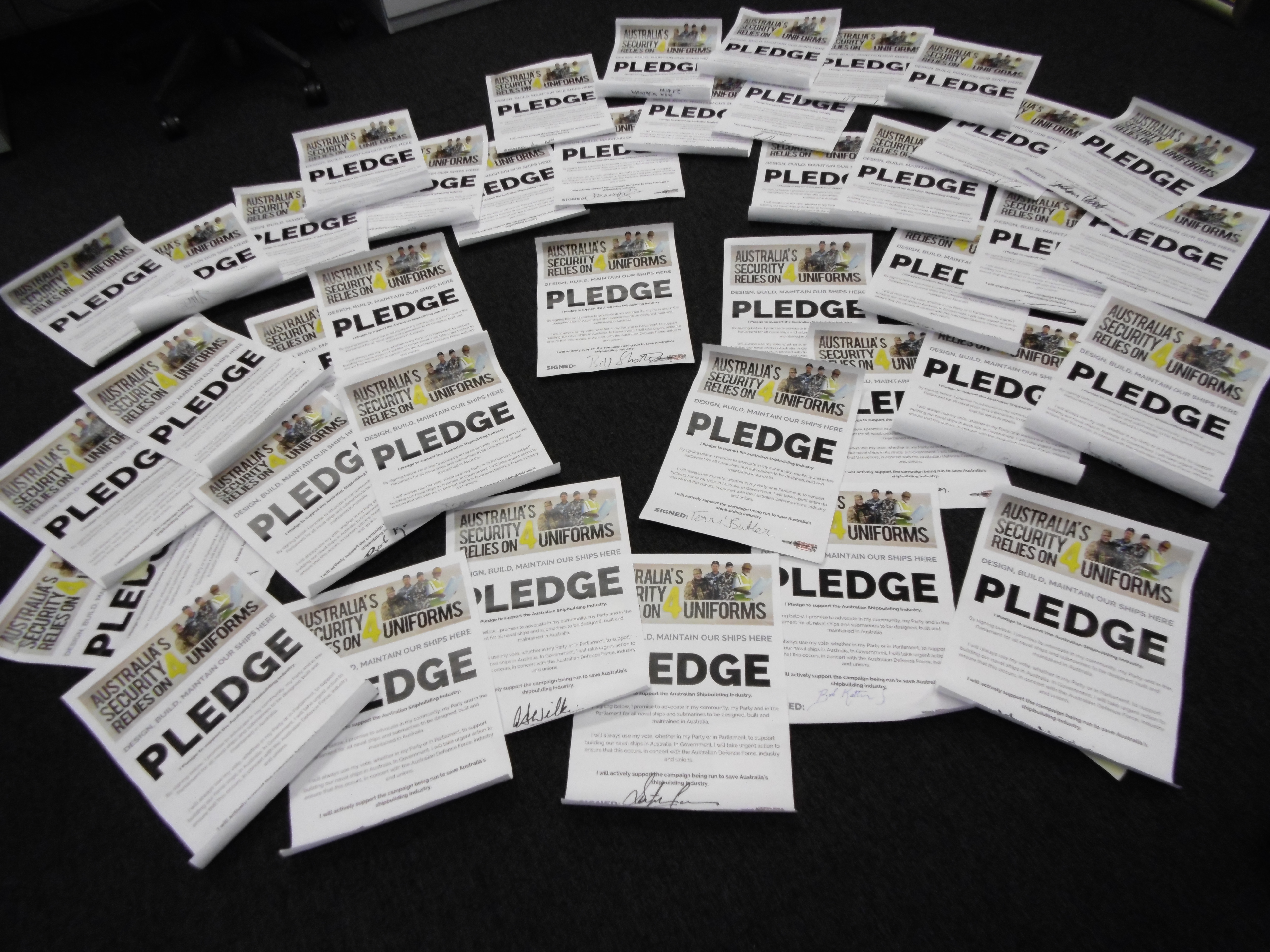 Shipbuilders have visited Federal Parliament and visited MPs in their electorate, asking them to sign up to the campaign.

Who has signed and given a commitment to Australian shipbuilding?

Labor has committed to the pledge, and Opposition Leader Bill Shorten has signed. 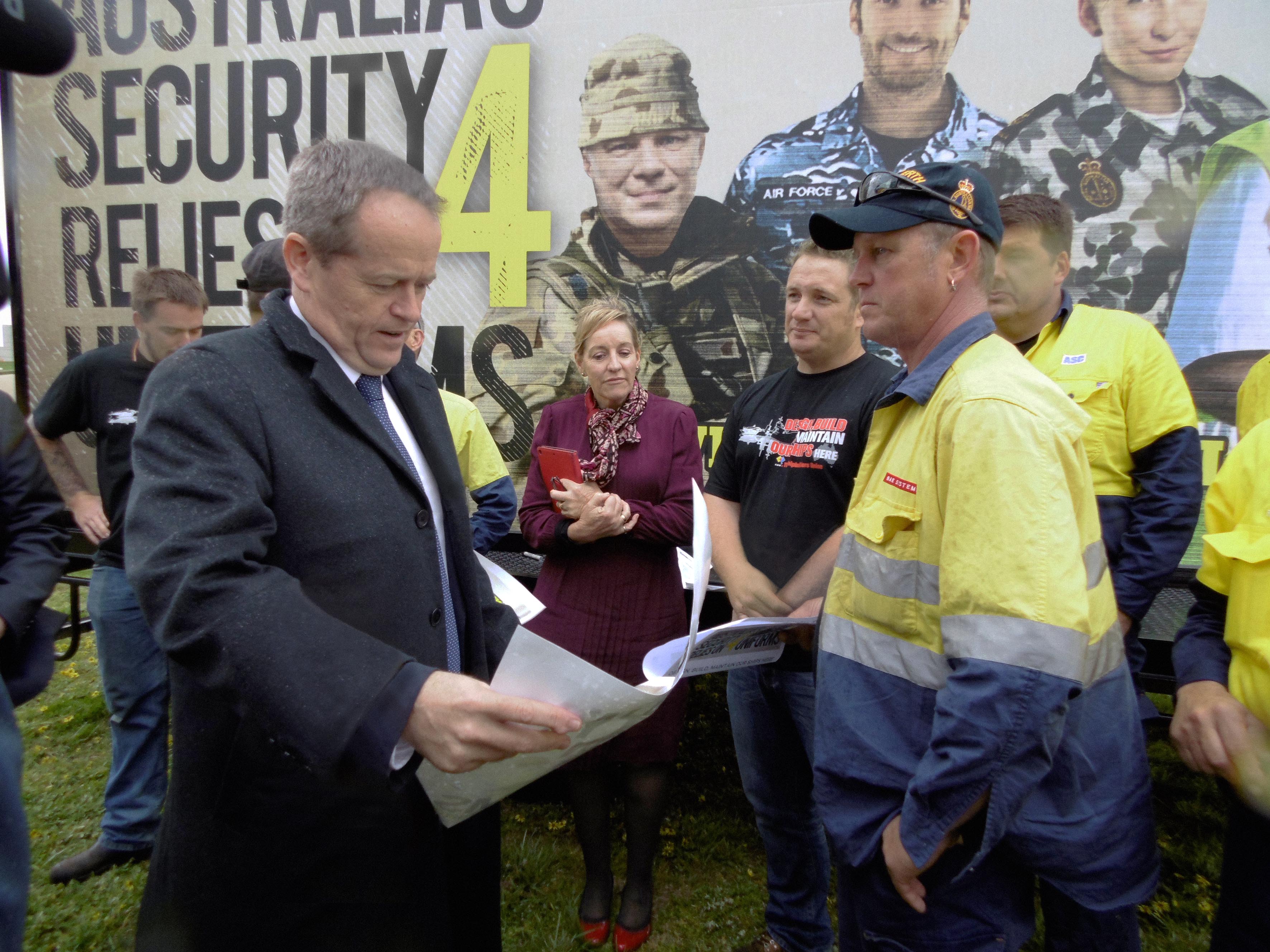 The only Liberal who has signed the pledge is Don Randall MP, from Western Australia.

The Liberal Party has not committed to support the campaign, nor have the National Party.

The Greens have not yet agreed to sign the Pledge. No Federal Greens Member has signed up to the Campaign yet.

Palmer United Senators have been very supportive and have signed the pledge.

We have listed below those Senators and MPs who have been supportive of the campaign and signed our pledge:

Pictured below: members signing the pledge at Parliament House, with Shipbuilders from around Australia. 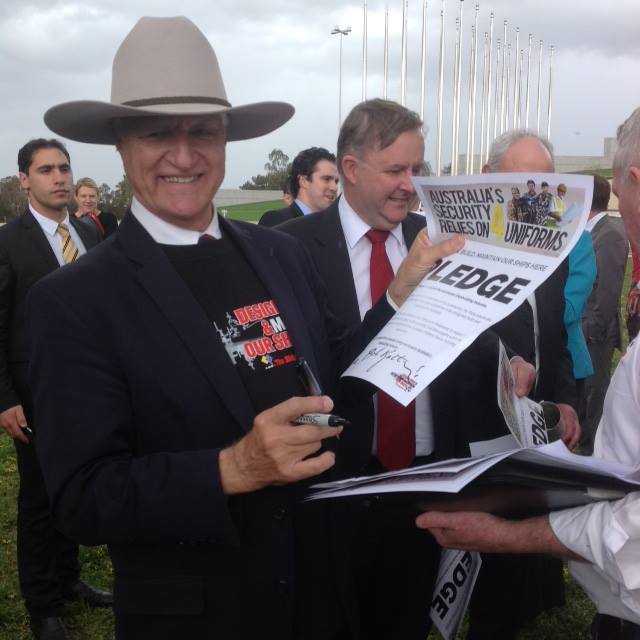 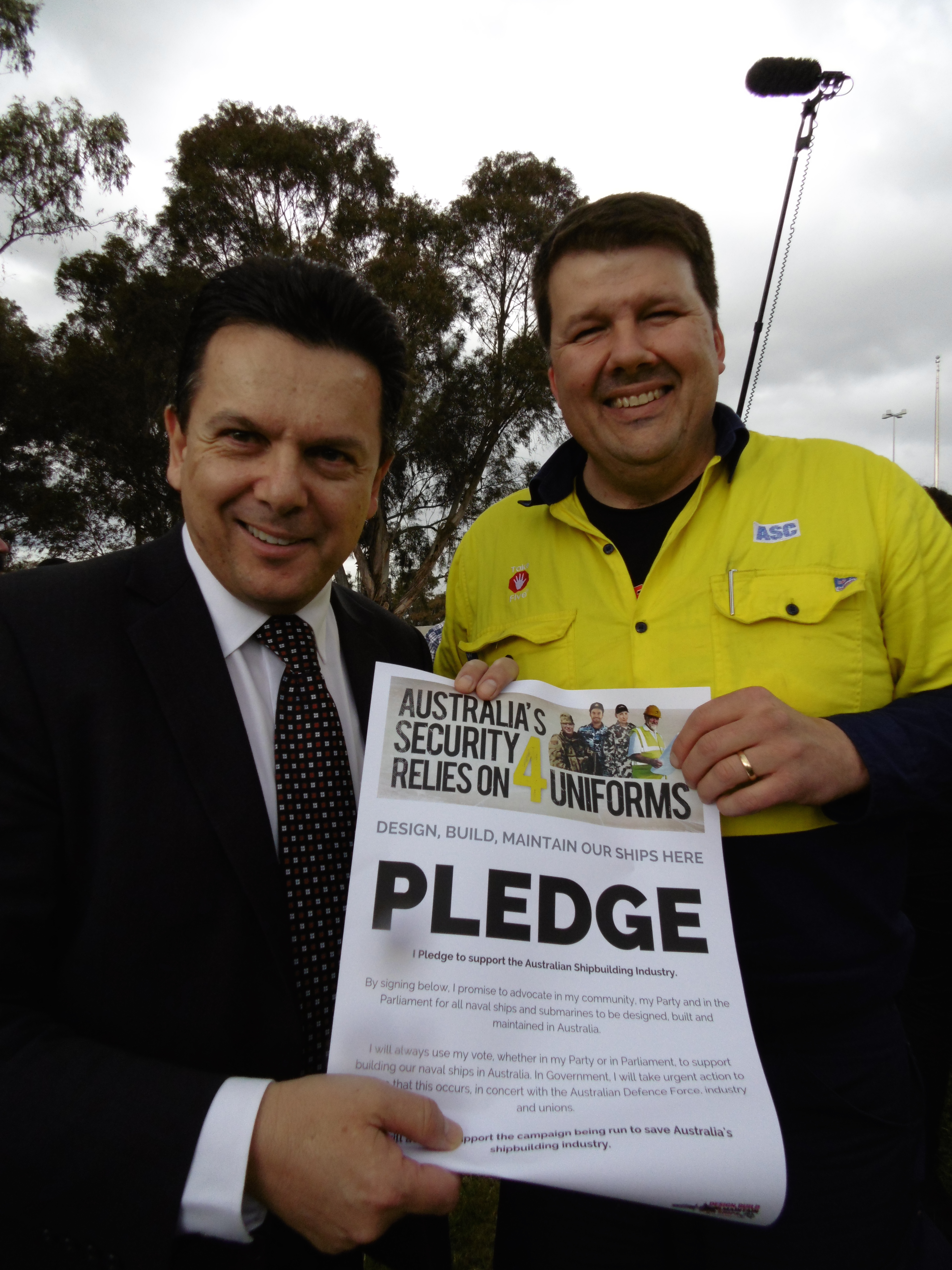