A push to re-invigorate TAFE  as the main teacher for the nation’s apprentices has been welcomed by the AMWU as an urgently needed reform.

Federal Labor this week outlined a policy of guaranteed funding this TAFE Week would be a good start to restoring teaching numbers and facilities lost to in recent years from drastic cost-cutting and privatisation by State Governments.

“The downgrading of TAFEs in favour of private for-profit providers has damaged the quality training of apprentices which is essential to achieve the productivity boost our nation desperately needs,” said AMWU National Skills, Training and Apprenticeships Co-ordinator Ian Curry.

“This Labor policy intent is a first step to repairing the system, but we look forward to more specifics.

“Making sure that well-resourced TAFEs are our primary training providers should be a bi-partisan position.”

In the AMWU’s 2015 apprentice survey over a third of respondents named poor quality training as a reason they had considered throwing in their job.

*a guaranteed, set portion of federal funding for vocational education to be dedicated to TAFE 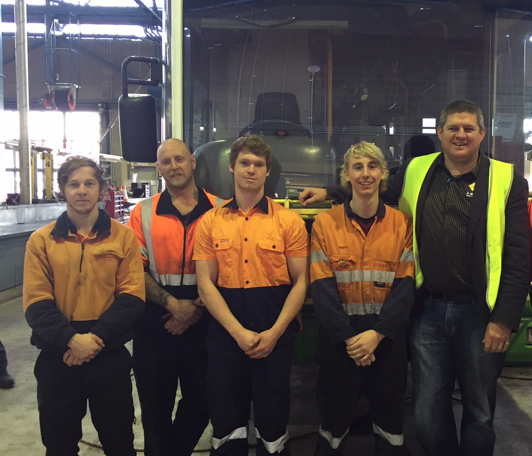 Unfortunately, the Abbott Government’s Federation Green paper canvasses the Commonwealth completely offloading  it’s role in funding vocational education and training to the states, which would be a disaster on top of $2 billion in recent cuts.

About $1 billion has been hived off apprentice programs including Australian Apprenticeship Support Services, with abolition of employer-union bodies including Industry Skills Councils.

Our union also believes that a National  Custodian of the apprenticeship system is needed to ensure apprentices get the proper training and treatment they need.

“Apprentices need an advocate to encourage proper training and treatment on the job in order to reduce the number of people dropping out,” Mr Curry said.

“This Custodian would have a direct link to the Minister.”