A 10-day strike by workers at Wedderburn Scales in Victoria has resulted in a new enterprise agreement and a huge win for workers.

The 16 field service technicians at the Thomastown scales company took protected action and went on strike after negotiations with their employers broke down after five frustrating months.

Despite management’s best efforts to distort their employees’ claims and weaken the Union by bringing in specialist industrial relations consultants, the workers have won improved on-call and overtime allowances and long service leave and redundancy entitlements, as well as a wage raise, a clause for apprenticeship places, and a better classification structure for the skilled workers.

Alistair Thomas, AMWU Organiser for the site, welcomed the new agreement, and said it would deliver conditions and pay that are commensurate with the workers’ experience.

“Most have worked here for 10-15 years or more, and deserve to be valued, not treated as though they’re expendable and worthless,” he said.

“Wedderburn just needed to show the workers some respect.”

Wedderburn has not been a unionised workplace in its almost-120 year history.

That changed when workers signed up to the AMWU late last year in response to cost-cutting measures by the company, including denying workers reasonable requests for better conditions.

Shortly after joining the Union, the members won majority support for an enterprise agreement to be negotiated.

AMWU member and Wedderburn worker Humphrey Caspersz said that the win demonstrated what Union involvement and support can deliver for workers.

“Previously we had nothing; we never had an agreement before this. Now, after lots of hard negotiating, we’ve got everything in writing and we can go back to work with security and peace of mind that we are protected,” he said.

The solidarity shown by the workers was remarkable, with one recently sacked delegate, Ian Millar joining his ex-colleagues on the picket line all day, for the entire ten days.

Caspersz praised the unity of his co-workers and the solidarity shown by the AMWU and fellow union members throughout the long struggle.

“We couldn’t have done it without everyone sticking together and the support of the union.”

The workers have happily returned to work, with their new in-principal agreement to be finalised over the coming weeks. 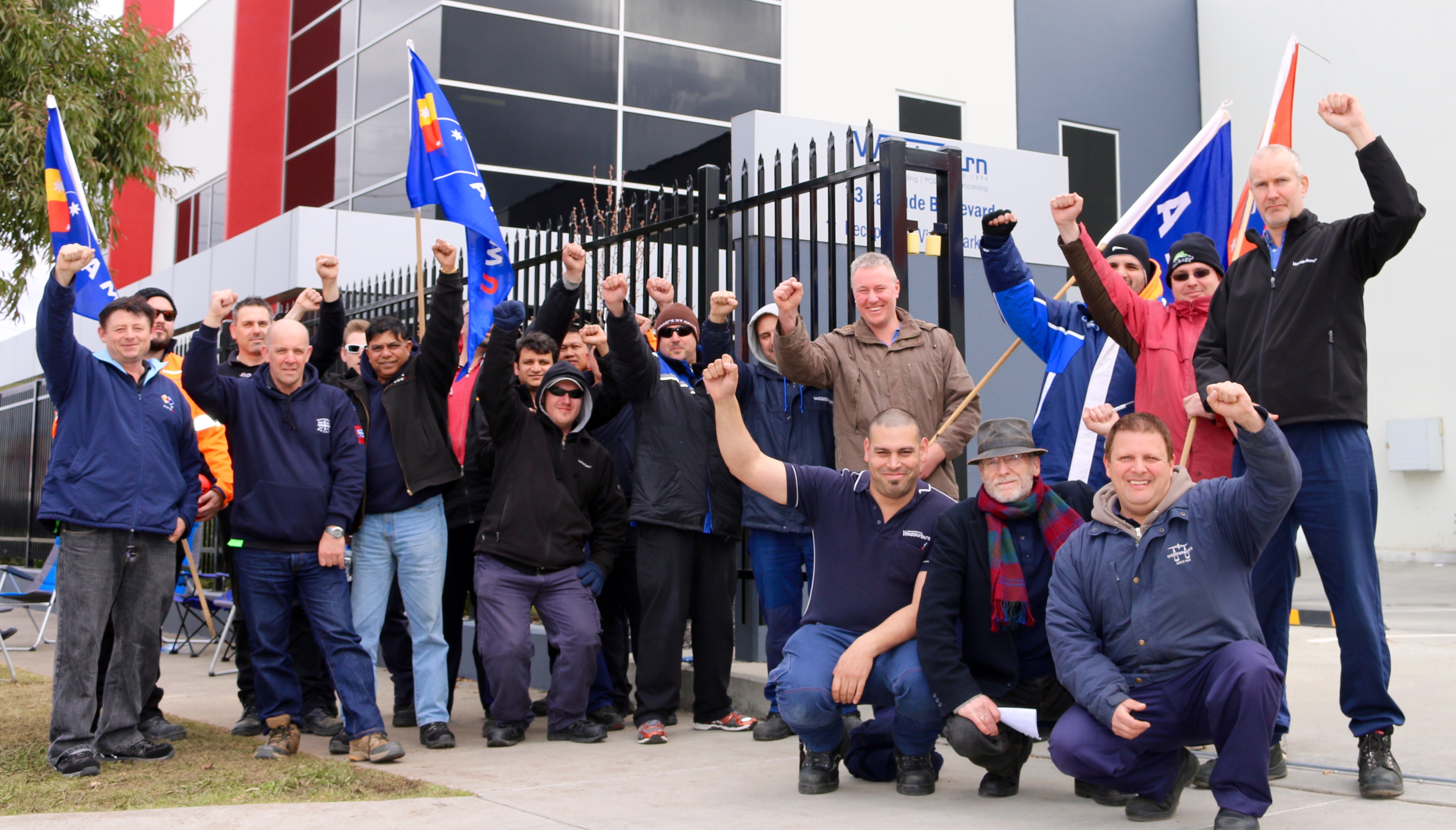