Local shipbuilding workers are calling on the Federal Government to support the Western Australian shipbuilding sector, and are rallying tomorrow (12th March 2016) outside the office of Julie Bishop, the Minister Foreign Affairs, to demand a local build for the next generation of Australian Navy submarines and surface vessels.

Local shipbuilding workers are calling on the Federal Government to support the Western Australian shipbuilding sector, and are rallying tomorrow (12th March 2016) outside the office of Julie Bishop, the Minister Foreign Affairs, to demand a local build for the next generation of Australian Navy submarines and surface vessels.

In light of the recent release of the Defence White Paper, the Federal Government is currently considering how it will deliver on the Capability Priorities outlined in the paper.

Building the vessels overseas would put at risk 3000 local shipbuilding jobs and the families they support, as well as the tens of thousands of indirect jobs and economic benefits that flow from those projects.

Australian Manufacturing Workers’ Union State Secretary Steve McCartney said the deteriorating state of the Australian economy made it even more important for any new naval vessels to be built in Australia.

“You would think it would be a priority for the Turnbull Government to try to maximise Australian jobs from every dollar that it spends, particularly as the mining boom winds down.

“Western Australian naval shipbuilders are world-class, with the skills and experience to deliver these vessels to a high standard.  There is absolutely no reason this work should go offshore and we should keep our tax dollars working for us here.

“Plus, by performing the work locally, we will give young people a start with apprenticeships and training, so that they have the skills we will need to grow the industry and create new jobs in the future.”

“The Defence White Paper has made it perfectly clear that as an island nation, Australia’s naval capability is critical to the country’s current and future defence.

“Building our future naval vessels in Australia will ensure we maintain our valuable shipbuilding expertise, and provide the strongest foundation for an effective and capable Australian Navy into the future.” he said.

“We call on Premier Colin Barnett and WA’s most senior Federal MP, Julie Bishop the Minister for Foreign Affairs, to stand up for Western Australia and ensure we receive our fair share of the patrol boat contracts coming up for tender.”

Details for the rally are as follows: 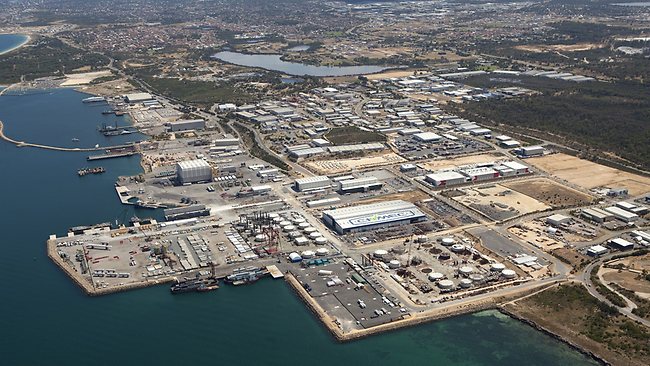 Henderson in WA has so much more potential, we just need a government committed to local manufacturing