Ship building workers have urged Victoria’s Andrews Government to make sure that the land at Williamstown shipyard be retained as a maritime industry site for the future if BAE closes down all production capacity early next year.

A rally of remaining workers on site unanimously called upon the Government to take action through planning laws to guarantee the lucrative shipyard land not be sold off for other uses such as  apartment development.

The 173 workers also condemned the federal Coalition Government for its failure to place new orders to support the industry as a defiant last stance before a further 90 of them are made redundant before Christmas. 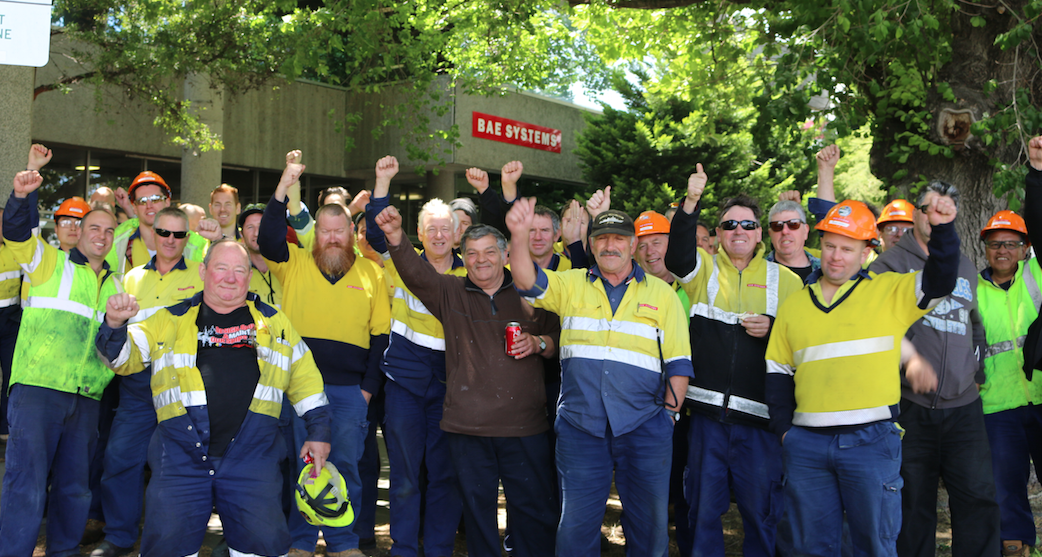 Proud and optimistic: Williamstown workers believe shipbuilding has a future in Melbourne and urged Victoria's Andrews Government to ensure the site which has built navy ships for 100 years will be kept.

“If it happens there will be skilled jobs in workshops right around this country,” Mr Kelly said.

“Stick with it, keep campaigning for local jobs and content. There are jobs coming on in Victoria and we as a union have a lot of work to do to make sure you as skilled workers get first crack at those.”

The rally heard that the former Bracks Labor Government had intended to make zoning changes to protect industrial usage of the Williamstown site, where more than 80 ships have been built in the past century – including much of Australia’s navy fleets.

But zoning security had not been carried through, so it was now crucial with the possibility of a BAE site closure that the Victorian Government guarantee this strategic position not be lost.

“Property developers would circle like vultures over this site, where LHDs for the navy and advanced work on the Air Warfare Destroyer project has just been completed. It is an industry area we need available for the future,” Mr Kelly said.

“We are seeking a guarantee from the Andrews Government. They should leave the way open for future investment in jobs and the maritime industry at Williamstown.”

AMWU member Kevin Medhurst, a worker at the site for 24 years,  said if Victoria permanently lost the Williamstown defence industry facility it would damage the state’s capacity to grow high-end manufacturing and to create skilled jobs.

“None of the locals at Williamstown want it to go, there is already a big apartment complex being started over the road so how many of these do you want? Another 4000 cars in the area, too,” he said.

Delegate Roscoe Williamson said Australia could not afford militarily or economically to have its coastline between Adelaide and Sydney lacking a major ship repair facility.

“It’s not about Liberal or Labor, the government must do what is best for the security of the Australian people and having Williamstown close is not in the interests of anybody,” he said. 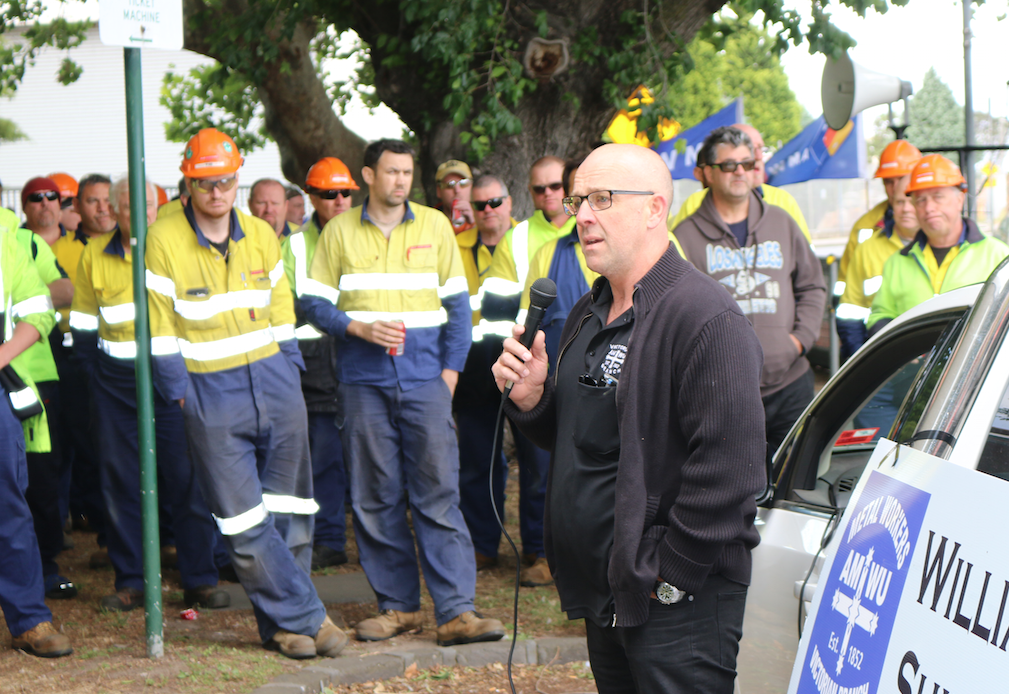 Hold your heads high: Assistant Victoria Secretary Craig Kelly thanks our Williamstown members for their activism.