Call for inquiry on Alcoa bullying

The workforce at Alcoa in WA has asked the State Government for an urgent WorkSafe inquiry into the company’s dictatorial management style, due to concerns it is causing an epidemic of serious mental health issues.

A petition was organised by the AMWU before the recent asbestos scare, and was signed by 554 workers across Alcoa’s five facilities in WA. Workers are deeply worried about their wellbeing – particularly those at the Pinjarra refinery south of Perth.

The plea for action comes after an array of incidents where workers have been placed under intense pressure by punitive managers where minor breaches have automatically resulted in first and final warnings.

Union delegates and counsellors have told the AMWU that they have seen a steady stream of stressed, fearful workers over the past few years, always with the same chronic cause. That’s been confirmed by over 200 union health surveys recently completed by workers. 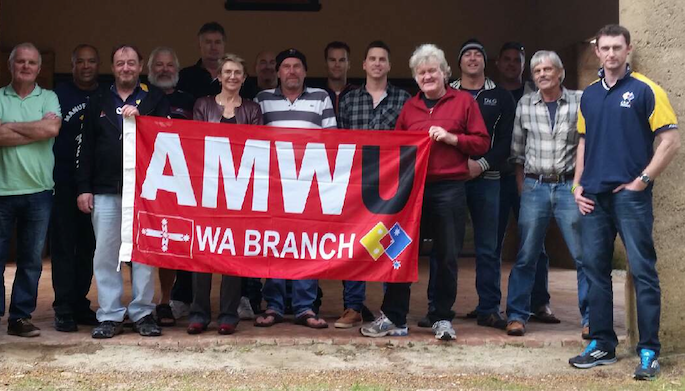 “Many employees have already been pushed to breaking point yet management is refusing to acknowledge our serious concerns regarding this entrenched and systemic bullying, harassment and intimidation,” the petition said.

AMWU convenor Charlie Clarke said in recent years Alcoa had abandoned the previous approach of counselling employees over any safety or disciplinary infraction, now threatening them with instant dismissal next time after a first and final warning.

Older employees were being singled out over sick leave, even those with exemplary records being pressured for taking more than five days a year.

“This isn’t a one-off problem, it’s a pattern of management behaviour set from the top. It’s disrespectful and brutal. It doesn’t help productivity, it hinders it,” Mr Clarke said.

“We have a systematic misuse of management prerogative at Alcoa, a build-up of many incidents,” he said. “We’re seeing symptoms of anger, depression, people not knowing what to do next.”

*Any member experiencing stress, depression or anxiety  can contact AMWU Care on 1800 206 316. The service is confidential, free and operates 24-hours.