The union’s welding campaign has entered an exciting and critical new phase, as we prepare to launch a welding testing centre to help unemployed metalworkers receive welding accreditation to help boost their job prospects.

The union will shortly be launching the pilot welding testing regime for members to help them prove that they are fulfilling the increased skills and standards expectations of the industry.

Are you a boilermaker interested in getting tested and certified at the new AMWU welding testing centre? Expressions of interest being taken now! Sign up here. 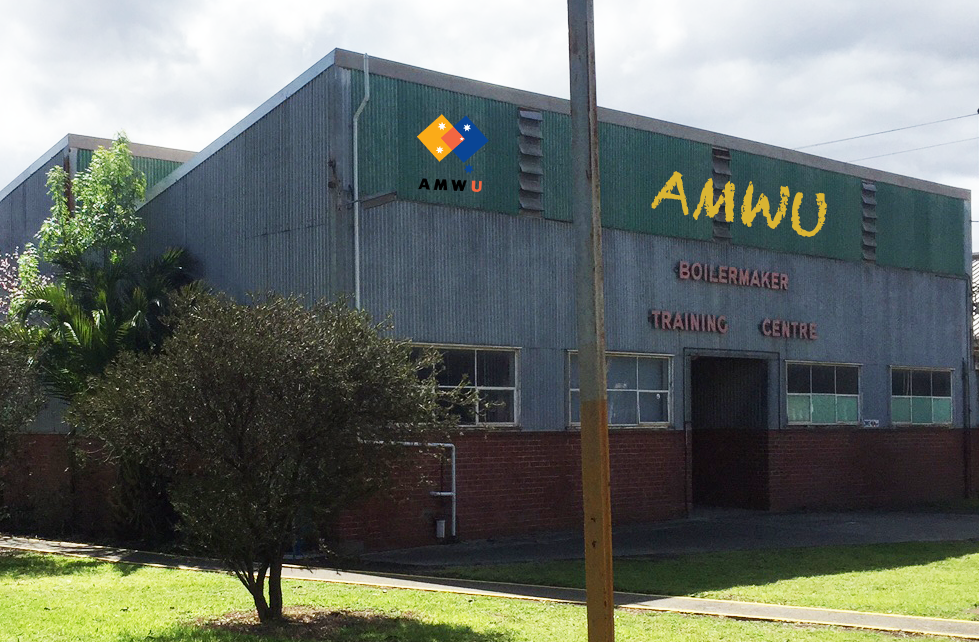 The site of the new AMWU welding testing centre in Newport, Melbourne.

The union has been campaigning to dramatically improve welding standards on Victorian construction sites, to improve safety on large construction projects and to ensure structural integrity by making sure welding work is done properly by ticketed, qualified AMWU members.

Just recently, after months of investigations and inspections by the AMWU and at the insistence of the union, WorkSafe finally issued a safety alert for structural welding to pressure employers to ensure all structural welding is performed by qualified welders and adheres to Australian Standards.

Already, through the work of our welding inspectors, organisers and delegates, we have seen qualified AMWU members brought onto sites to fix shoddy welding work.

Now that the industry has begun to improve welding standards and employ more qualified metalworkers at construction sites as a result of the union’s work, we have begun to roll out the next phase of the campaign to help improve the welding skills of our own members.

If you are a boilermaker who would like to register your interest in welding tests and certification against the Australian Standards by the AMWU, please sign up here or contact: 9230 5700