Delegates - from Gemco, Aurizon and UGL Rail, shared their stories about why they are passionate about local rail jobs: from beginning apprenticeships at the Midland Workshops some forty odd years ago, to periods of unemployment leaving valuable skills unused, to a lack of job security making it hard to know when to start a family or buy a house. Each was a credit to their workshop, powerfully delivering their message and concerns for the future.

Greg Aurisch a delegate at Aurizon spoke of the lack of investment in skills and training saying that he had seen in his 38 years of working in the rail industry a “dramatic drop in apprenticeships in mechanical fitting” and that he held real concerns for his two teenage sons with sadly “no training or career opportunities at Aurizon for some time”. Mr Aurisch also raised concerns over Chinese built wagons in the thousands and said that “there is no reason for them to be built offshore when we have the skills and capabilities right here and the people willing to do it”.

“At a time when the mining boom is cooling off, there is an overwhelming need for a plan for WA Jobs to deliver economic diversity and local opportunity. With the right approach, public transport investment can create both jobs and more liveable cities by keeping our tax dollars working for us in WA and that’s why we will keep campaigning hard for it” said WA State Secretary, Steve McCartney. 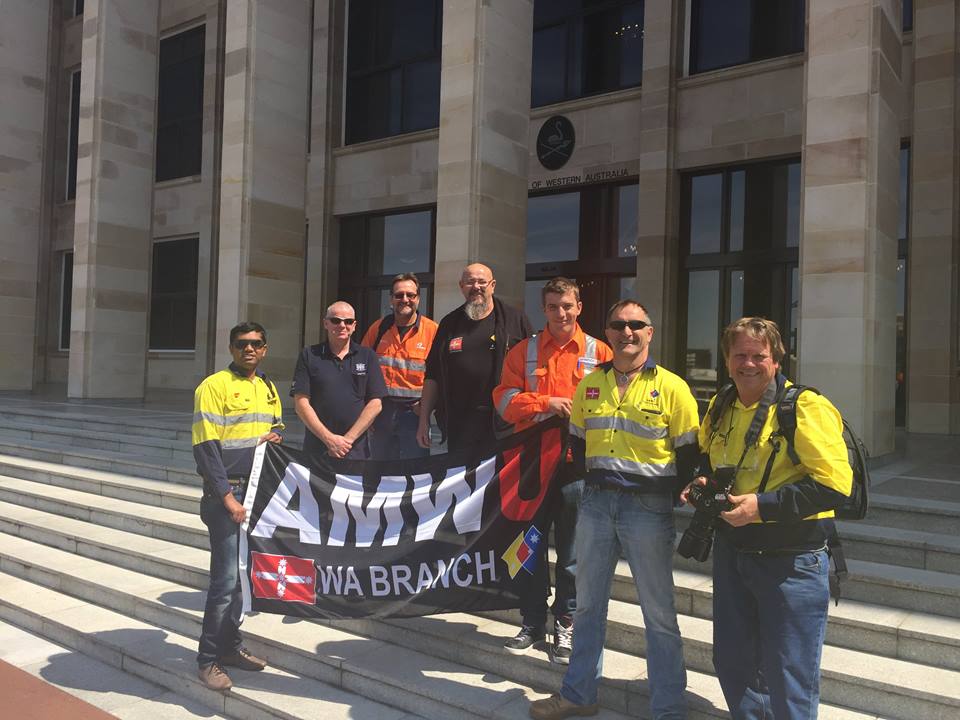 The Delegation with a vision for the future: