WA fire appeal to help those who've lost all

The AMWU has instigated an urgent appeal to assist the West Australian communities where some union members have lost homes and property in last week’s devastating bushfires south of Perth.

Our union is still contacting those affected by the fire, but at least six AMWU members live in or near the destroyed township of Yarloop with several having lost their homes or substantial parts of their property and personal belongings.

AMWU WA State secretary Steve McCartney said some of these members had been absent from the area because they were FIFO workers on major resource projects in the state’s north-west, learning of the loss of property by phone from loved ones.

Others are workers at Alcoa’s aluminium facilities in the area, including the Wagerup refinery and the Willowdale mine at Pinjarra.

“Some people have lost everything, others are still assessing the damage, but it’s clear there has been a tragedy down there and we have to help,” Mr McCartney said.

“We’re advised by the authorities that at this time, financial donations are the most effective way to quickly provide the right kind of assistance directly to those who need it most.”

DETAILS BELOW ON HOW YOU CAN HELP OUR SW FIRE APPEAL 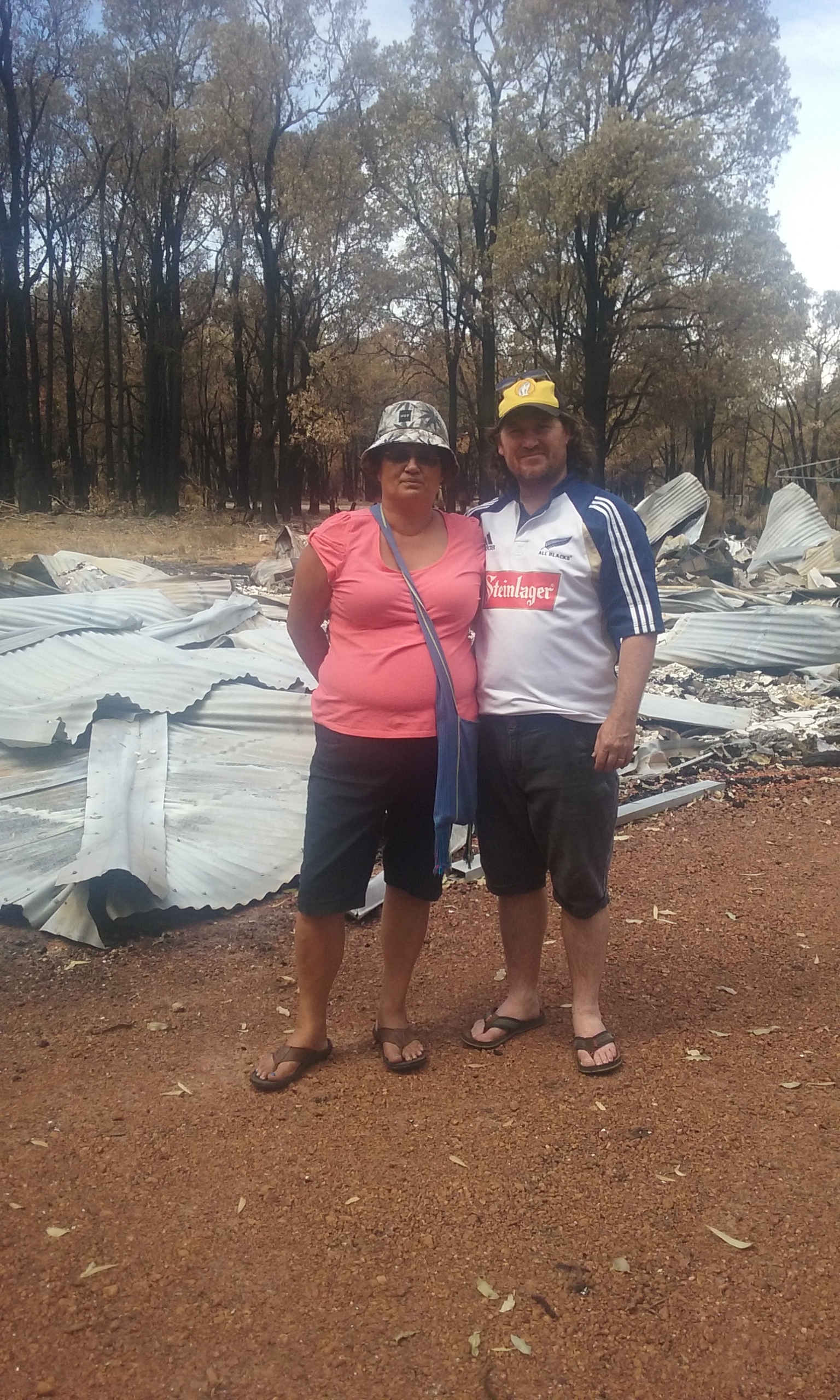 AMWU member Bryce Farmer (right, with wife Ada) said he hoped unionists could dig deep to help the  community after his family and all their neighbours in Yarloop had their homes  burned down and all their possessions destroyed.

“We were all bussed in to see it, there’s just roofing iron left, it was all ash and  blackened as far as the eye could see,” he said. “You can’t explain, my wife was  in tears, all our neighbours – it was very confronting.”

Mr Farmer had flown to his FIFO job as a rigger at Barrow Island on Thursday,  but by the time he had hurriedly returned on Saturday advice was coming  through the family’s house was among 162 burned down.

Although the house was rented from Alcoa, all their treasured and essential  possessions including photos, passports, birth certificates, wedding mementos  and the family car are gone.

“We didn’t even have a change of underwear, St Vinnies put clothes on our back  and a mate’s given his place for the time being, but we needed assistance to buy  food, formula for our little granddaughter,” Mr  Farmer said.

His concern is whether insurance will cover his possessions, but also whether he  will have job security with Tempo Australia amid ongoing redundancies at Barrow  Island so he can support wife Ada, 14-year-old daughter Ira and baby grand-  daughter Teakakura to rebuild their lives.

You can help members of the community affected by the fires by making  a direct donation to our SW Fire Appeal through the AMWU’s Appeal  Account with the National Australia Bank.