A ReachTEL poll for the AMWU also found that 80 per cent would be prepared to have extra taxpayer dollars spent on the Intercity trains being built locally to create more jobs, particularly in regional NSW.

It came as an expert report by the Australia Institute estimated that outsourcing the biggest train contract in NSW history to South Korea would deprive the economy of over 2000 jobs.

State Secretary Tim Ayres said the community of Orange, where a by-election is due in November, knew the Baird Government "didn't care about the impact of the decision to send trains off shore on families in regional communities".

He vowed the AMWU would campaign in Orange, the Illawarra and in the Hunter, where he met rail industry delegates last week.

Think-tank the Australia Institute found the NSW Government’s decision to offshore the build to the UGL-Hyundai-Mitsubishi syndicate because it is 25 per cent “cheaper” than local manufacture will damage the national rail industry and wider Australian economy. 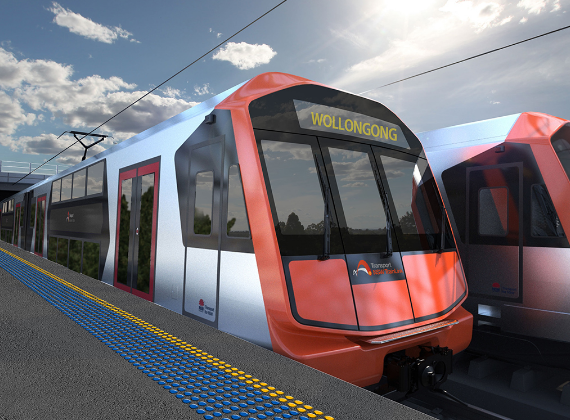 Korean trains for NSW: a major economic report found the cost savings to NSW are a false economy compared to jobs exported.

Its rail report concludes that all taxpayers will be worse off over the longer term, as the lost economic and tax revenue from offshoring far exceeds the savings boast by NSW Transport Minister Andrew Constance.

The author, renowned economist Dr Jim Stanford, urges the NSW Government to put the decision on hold while it does a proper cost-benefit analysis.

He concludes the decision to offshore will deprive the Australian economy of $1.4 billion in new Gross Domestic Product, divided between direct rail manufacturing, its supply chain and consumer spending from the extra 2000 jobs.

The lost federal-state Government tax revenue would be $455 million, which clearly exceeds the $325 million which Mr Constance claims the Baird Government will save.

“By awarding a major public contract solely on the basis of lowest price bid, with no attention to the broader economic and fiscal impacts of the choice, his Government has committed an elementary but costly error,” Dr Stanford writes in the report, commissioned by the AMWU.

“This short-sightedness could quite conceivably damage it’s own fiscal position – it will certainly undermine the economic prospects of the state which it governs.”

Not only NSW loses out – including suppliers in the Hunter and Illawarra -  but the rail industry across other states.

Firms are now sweating on a $2 billion contract that the Victorian Government is set to announce for its 65 High Capacity trains, with a promise of at least 50 per cent local procurement.

Dr Stanford also warns that trade deals like that with South Korea which lack proper labour market testing means maintenance as well as manufacturing jobs could be lost to overseas workers.

He is a strong advocate for a broader, integrated national rail strategy, as now the Commonwealth’s taxes provide most revenue but the spending decisions are made by the states – sometimes disastrously.

“The artificial division of cost from benefit makes it more likely that a government motivated by a single-minded focus on minimizing current expenditures would make procurement decisions that damage economic...well-being,” he said.

“In this case, NSW is free-riding on the Commonwealth…”