Local workers who have been overlooked for jobs at the Viva Energy construction site in Geelong have reason for hope after an explosive 7.30 Report Investigation provided a massive boost to the ongoing campaign for local jobs at the Geelong Oil Refinery.

The Viva Geelong Campaign for Local Jobs was created early in 2016 following attempts by Viva, the new owners of the Geelong Oil Refinery, to undermine local jobs on the construction of a new tank.

Local activists, including AMWU members, concerned citizens and other unionists, have been campaigning against the use of imported steel, 457 visa workers, and interstate workers on the project, instead of local steel, local workers and local apprentices.

AMWU organiser Tony Hynds featured in the 7.30 Report, which highlighted major failures with the current 457 visa system and provided evidence of locally qualified welders and boilermakers being rejected for jobs at the site.

Mr Hynds said that the union and local community are disappointed that Viva has chosen to lock out local workers from local jobs, and called on the company to do the right thing and support the Geelong community instead of exploiting a broken visa system.

“Companies like Viva are using the 457 visa system to bring in temporary workers from overseas to undercut wages and conditions of local workers. Not only is it bad for the

Geelong community, but it leaves the 457 workers open to exploitation as well,” he said.

Mr Hynds expressed alarm at health and safety on the construction site, a grave concern for the local community near the oil refinery.

“We’ve seen some pretty worrying health and safety issues at the site, including moves by

Viva to cut back the on-site Fire Safety Team, and the discovery of poor quality and dangerous welds being done by the imported workers,” he said.

The AMWU alongside the Geelong Trades and Labour Council will leverage the media coverage of the 457 visa issue to further pressure the Federal Government for changes to the visa scheme to return jobs like those at Viva to local workers. 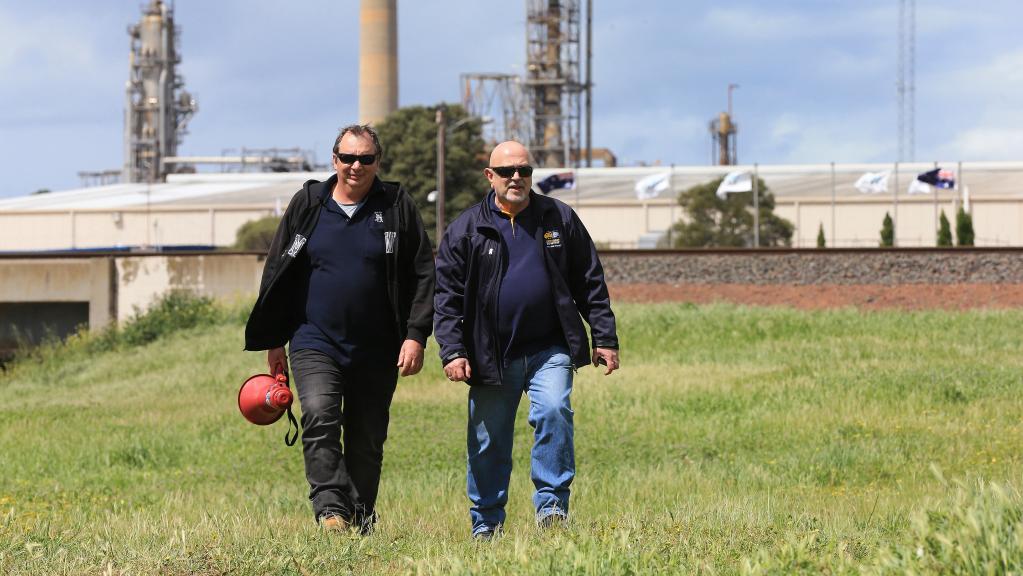 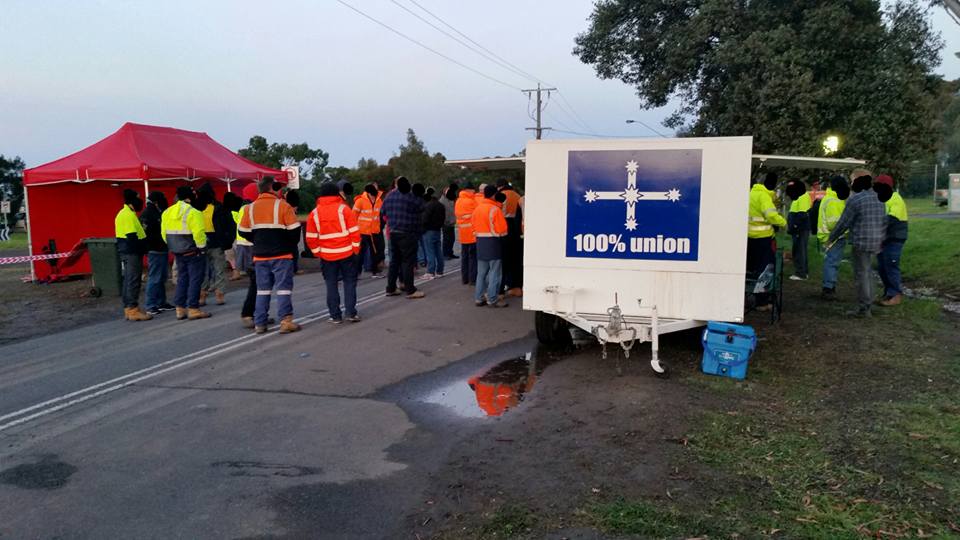 Above: Union and community members protesting the lack of jobs for local workers at the Geelong refinery.