AMWU members at Ausreo locked out for 10 weeks walked back through the gates with their heads held high on Monday after successfully securing a new deal.

It was a satisfying outcome for members, who kept a vigil outside the company’s Wetherill Park site in western Sydney after management locked them out and initially refused to negotiate.

Ausreo was forced back to the table as community support for the workers snowballed nationally, with massive backing from AMWU comrades, Unions NSW, other unions and Labor MPs both federal and state. 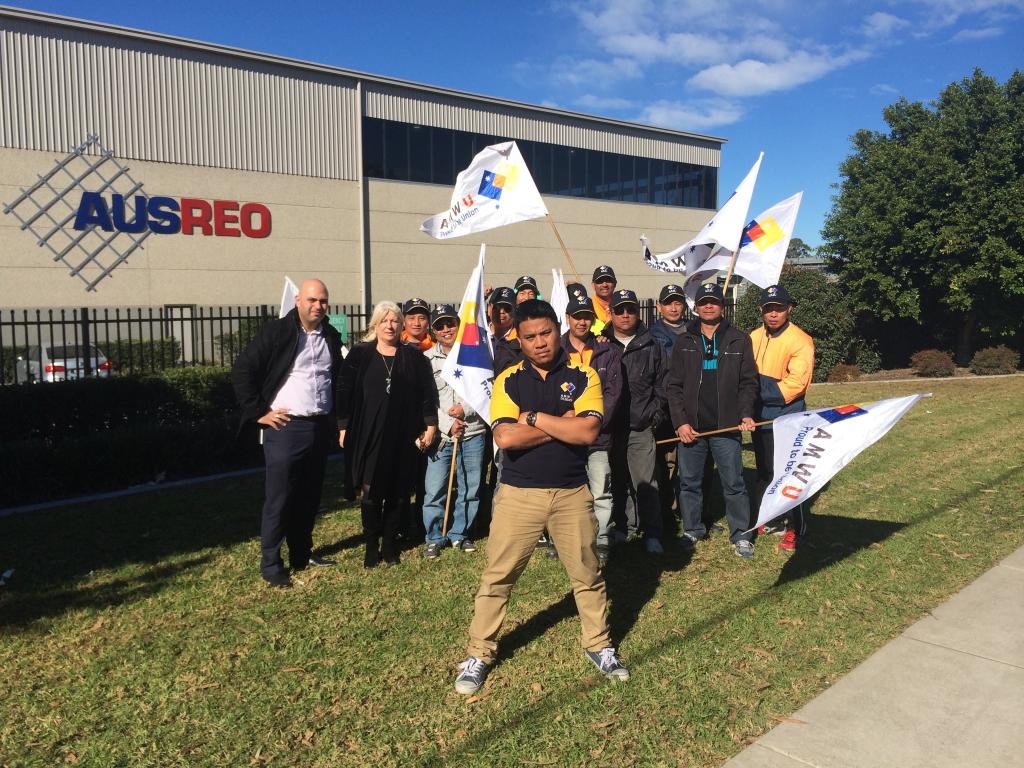 Delegate Dennis Ngo said the 25 wanted to thank the thousands of unionists who had given moral and financial support to help them and their families in braving a wet, bitter industrial winter.

“We walked back in smiling with our heads up, some who stayed had their heads down and congratulated us but our fight wasn’t with them,” Mr Ngo said.

“These workers stood up and said extreme industrial tactics from employers have no place in modern Australia,” he said.

“The courage of these workers, combined with the huge support we received from the union movement, means we were able to fight for, and win, a great outcome.

“This dispute has shown us that we have a movement that is capable of mobilising to take on injustice and fight for fairness.”