Victorian Branch at the OH&S Conference 2019

The AMWU had over 250 HSRs registered to attend, the highest number of any union in attendance.

From the Melbourne Conference:

The conference was organised well in advanced of the protests being held for the mining conference also being held at the same location. Fortunately, VTHC and the AMWU had a prior meeting with the organisers of the protest. An agreement was put in place that all HSR attendees will be allowed through, based on the importance of our annual conference.

Session 1- Kicked off with introductions with a Video presentation by Minister Jill Hennessey with the welcoming news of “Industrial Manslaughter laws” where Employers now can face up to $16 million in fines and 20 years in jail. These laws also cover death by bullying, mental injuries and other forms of abuse as well as accidents and illness caused be unsafe places of work.

We had a valuable Q&A time with the presenting panel and WorkSafe’s Chief Executive, where some interesting questions where put forward with instant response, that we feel worked quite well.

Session 2- We got to hear from Professor Lisa Heap about the importance of workplace safety, workplace culture, victimisation, vilification and workplace attitude toward gender bias. It is an area of importance for all workers awareness in this area.

Session 3- Was our union meeting with around 60 members in attendance, Our industrial officer Raoul Wainwright spoke about the new labour hire licensing laws that come into effect on the 29/10/2019, as well as talks from our Assistant state secretary Lou Malgeri along with our labour hire organiser Zeljko Cimbora and talks from OH&S Officer Shawn White about the effects of health and safety within the labour hire industry. We finished up with general business with the members.

Over all the conference was great, thanks to VTHC for the organisation and the AMWU members who attended, we look forward to next year’s conference, being bigger again. 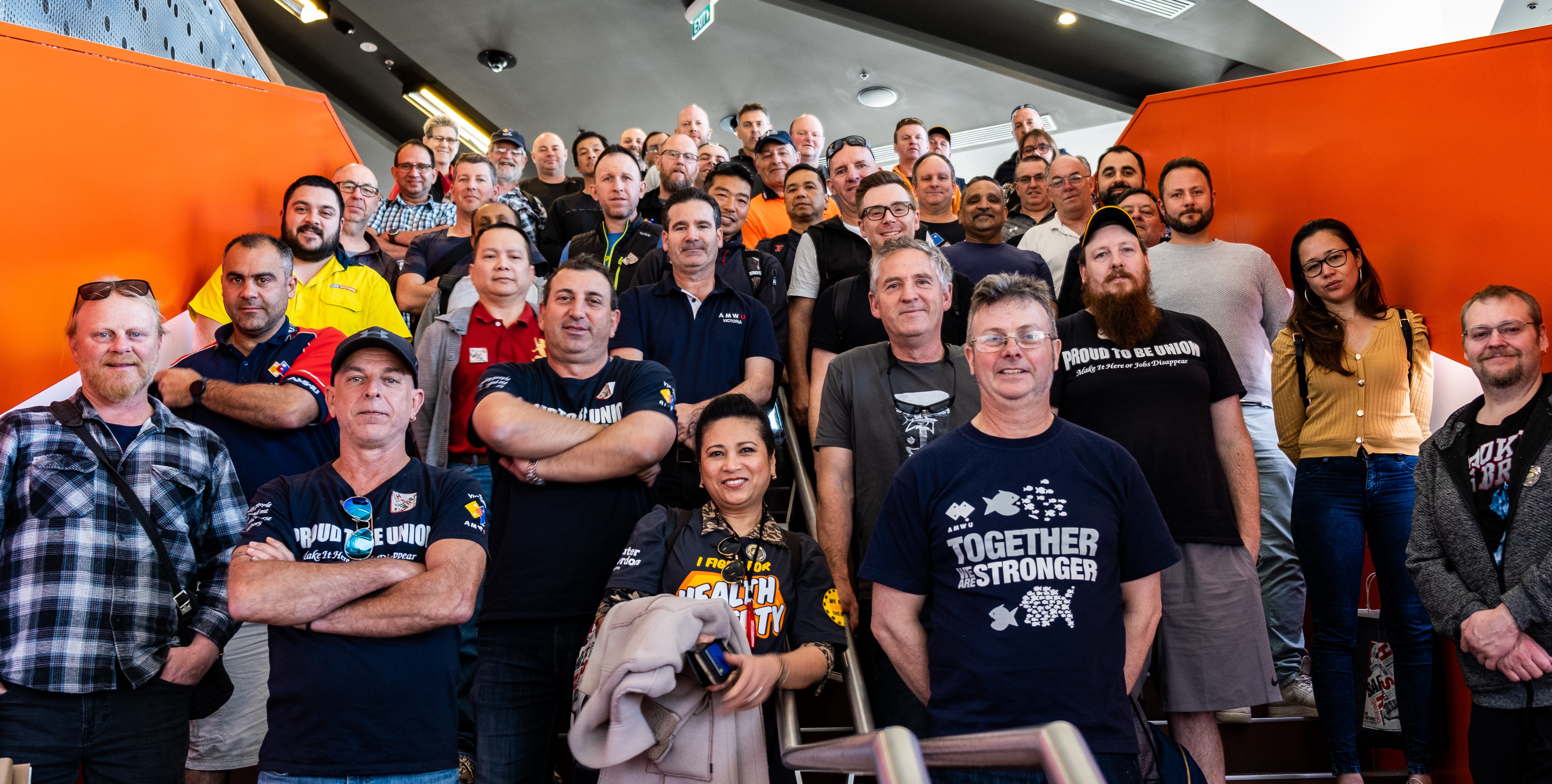