The AMWU’s campaign to boost local railway procurement is on schedule in Victoria with local assembly of the state’s largest ever order of metro trains, putting 1100 new jobs on track.

The $2 billion fleet of High Capacity Metro Trains will be built with at least 60 per cent local content.

Downer EDI was part of the winning Evolution consortium with CRRC, the world’s largest train manufacturer, who will set up a headquarters in Melbourne.

“This not only provides security and certainty to hundreds of workers and their industry, it also commits to long-term jobs and training opportunities for a new generation of highly-skilled workers,” said AMWU Victorian Secretary Steve Dargavel.

“It vindicates the vision and hard campaigning of our members to ensure we have a Labor Government that leads the nation in prioritising manufacturing jobs.”

Mr Dargavel said 15 per cent of the new workforce to deliver the 65 new trains for the Cranbourne-Pakenham line must be apprentices or trainees, delivering on the AMWU’s priority.

Victoria’s rail expansion was in blinding contrast to the recent decision by NSW Coalition Government to have its fleet of 65 new intercity trains built in South Korea. 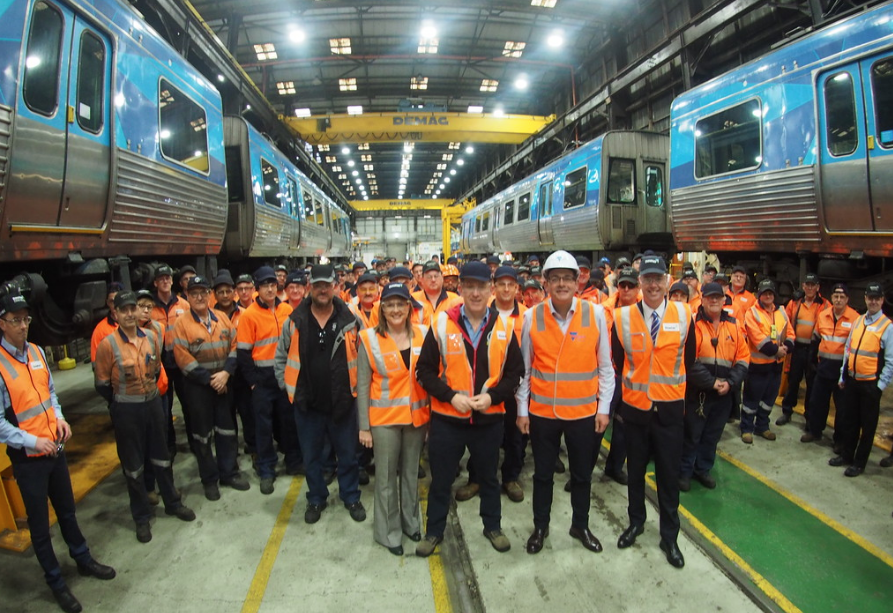 About 80 AMWU members at Downer’s Melbournne depot at Newport were overjoyed when Premier Daniel Andrews announced  a $16 million upgrade to their site. There will also be 100 jobs at a new maintenance and stabling facility at Pakenham East and a servicing  facility at Calder Park.

“Everybody here is totally rapt, there will be hundreds more people, and the chance for a bigger apprentice intake,” said AMWU delegate Ray Portelli.

“We have 30 years’ of work ahead of us, it’s great. Downer will create opportunities for skilled people across Victoria.”

The Andrews Government has also allocated nine extra trains to Alstom at Ballarat, taking its orders to 144 carriages worth $245 million – which should guarantee work until 2019.

Mr Dargavel said concerns that CRRC may not stick to local procurement obligations should be allayed by the strict checking done on all componentry by Victoria’s independent Industry Capability Network. This will create opportunities for local firms to tender, so content should exceed 60 per cent. 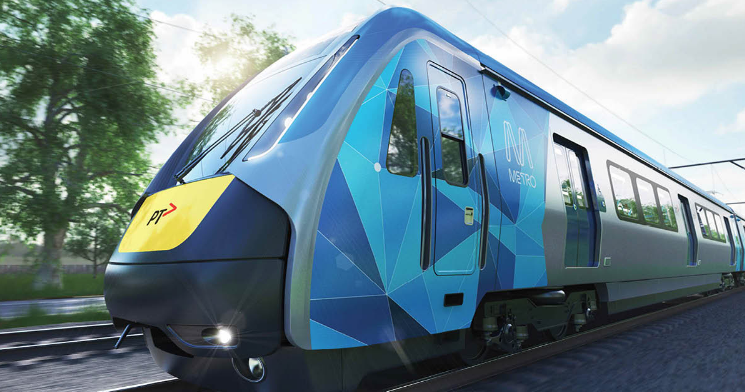 Majority local content: An artist's impression of one of the CRRC new High Capacity Metro Trains, to be assembled at Downer Newport with the first set to run within three years.