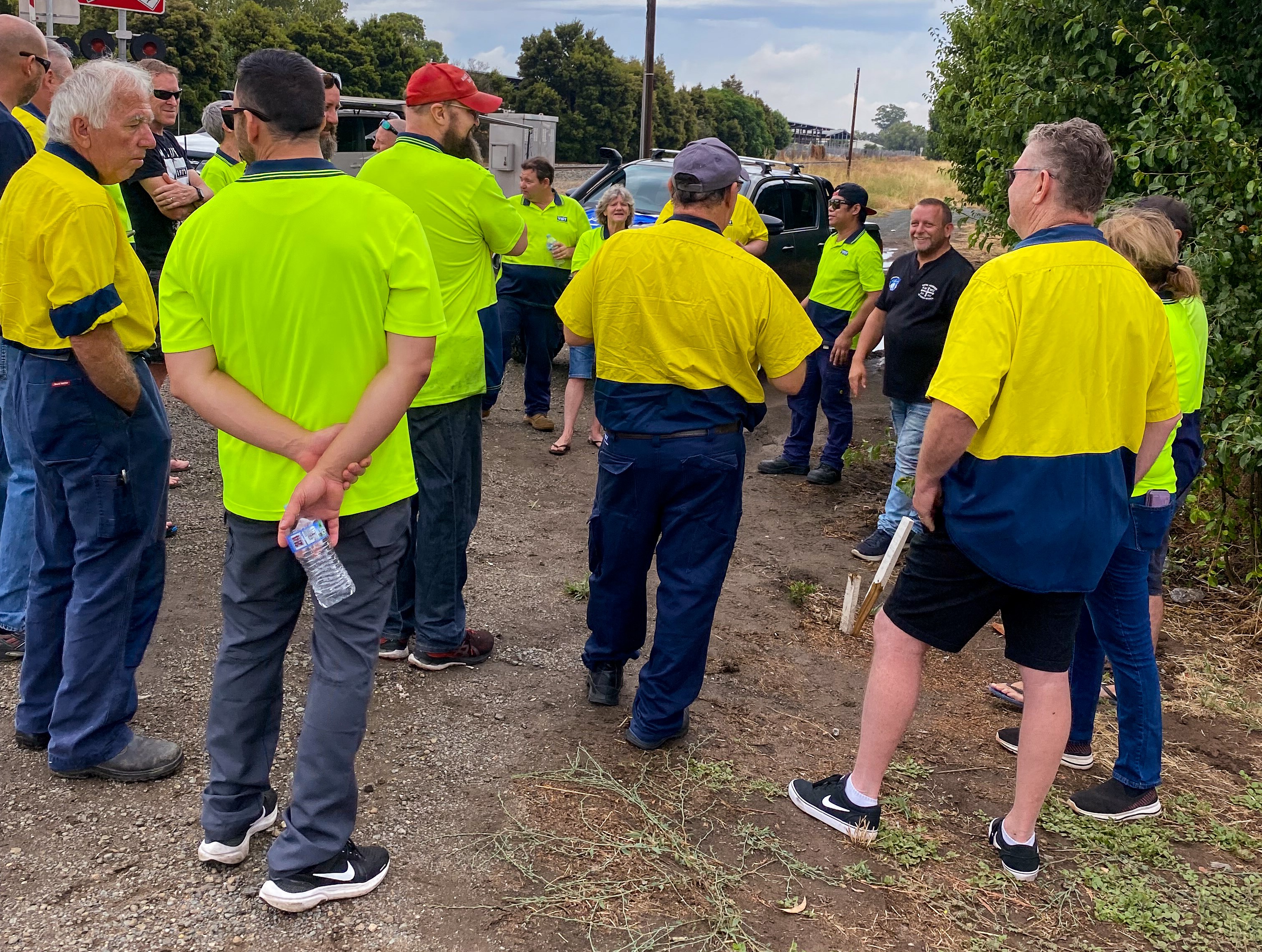 From 7 am tomorrow, 40 members of The Australian Manufacturing Workers' Union (AMWU) will down tools, and plant operations will grind to a halt for 24 hours as EBA negotiations with Visy falter.

With an annual turnover of more than $7 billion, Visy is the largest privately-owned company in Australia, with its executive Anthony Pratt worth an estimated $14 billion. Yet, when it comes to the negotiation table, management cries poor, and the workers are fed up!

The current offer from management sits at 8% over the life of the agreement or 2.6% annually, which given the current rate of inflation (7.3% according to the ABS), in real terms, these workers are facing a pay cut.

Wednesday morning's action will be a first in the sixty-year history of the site, with all workers meeting outside the gates from 10 am.

Quotes attributable to AMWU Site Organiser Danny Miller:
"You have the most profitable company in Australia with the fifth wealthiest family at its helm, yet they are still trying to shortchange their workers. It's a disgrace."

"This site has made them money, there's no doubt about that, especially during covid."

"Supply chains were a shambles, but the workers here kept up with increased demand supplying Campbells, SPC and Simplot, ensuring all Australians had access to those kitchen staples."