AUGUST 20, 2018 – We are saddened by the passing of Australian union hero and former AMWU and ACTU official, Laurie Carmichael, on Saturday 18 August 2018.

Laurie was a formidable union leader who dedicated his entire life to improving the lives of workers and their families.

He was a giant of our union and of the entire Australian trade union movement.

Following a period of service in the Royal Australian Air Force in World War Two, Laurie joined the Amalgamated Engineering Union (AEU) in 1946 as a fitter at Williamstown Naval Dockyard in Victoria.

It was around this time that he joined the Communist Party of Australia and began a political activism that would continue throughout his life.

In 1987 he was elected as Assistant Secretary of the Australian Council of Trade Unions.

Laurie’s leadership of campaigns in the metal industry was integral to the victory of the 38-hour week. He also worked closely with ACTU Secretary Bill Kelty in the Accord era that delivered significant improvements for Australian workers in the form of compulsory superannuation and universal health care.

Laurie is survived by his son, Laurie Carmichael Jnr., and his step-daughter, Kerry. 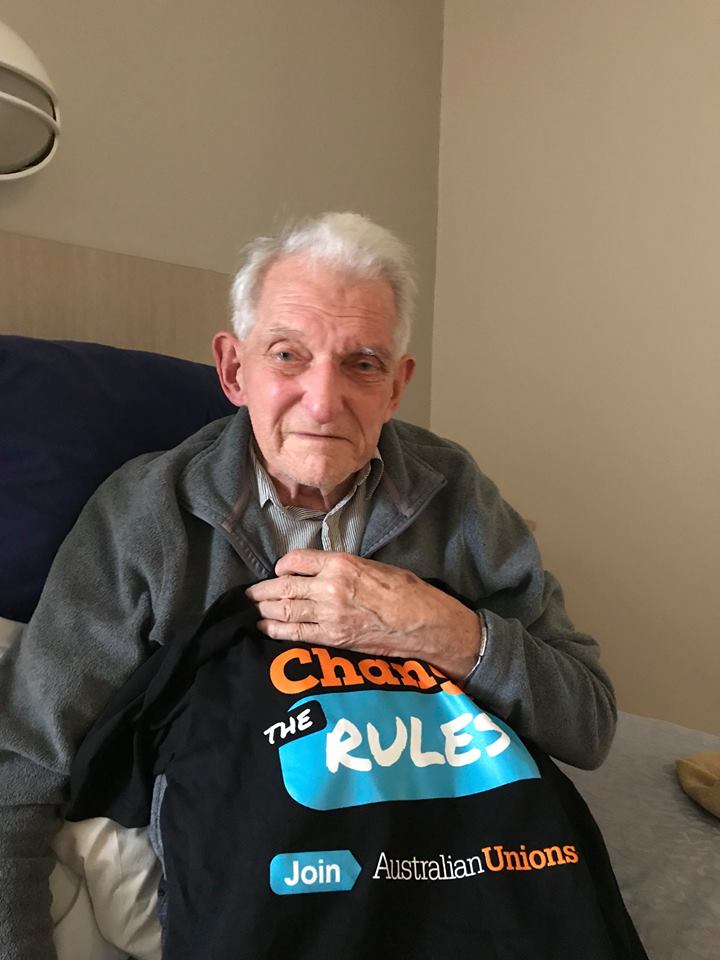 Laurie at home in Queensland earlier in 2018. He was a life long supporter of the movement including the Change the Rules campaign.