The AMWU has played a proud part in fighting the scourge of deadly chrysotile asbestos in a global union and community campaign this week at the United Nations in Switzerland.

The union gained international publicity in highlighting the failure of the UN’s Rotterdam Convention to list white asbestos as a carcinogen, despite overwhelming evidence that it kills over 100,000 people every year.

Countries that mine and export asbestos voted against the motion to list chrysotile asbestos.

AMWU National President Andrew Dettmer was at the forefront of protest and media activities in Geneva, working with the CFMEU, global union alliance IndustriALL and  British unions.

“It is a global failure that chrysotile asbestos is not listed,” he told the UN conference. 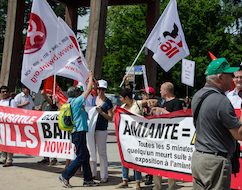 The campaign involved huge public advertising on trams in the city, global social media, a protest outside the UN building and a moving appeal directly to the UN convention by a chronically-ill, elderly asbestos victim from India.

human face – and the human cost – of chrysotile production with his 30-years as an asbestos production worker leaving him with chronic, painful asbestosis in his final years.

Despite that, India was one of only seven nations out of over 160 to oppose the listing of chrysotile as a carcinogen, which due to the UN requirement for a unanimous consensus  was enough to scurry the vote.

Russia, the main world producer and propagandist for chrysotile, was the ringleader that roped in India, Pakistan, Zimbabwe, Kyrgyzstan, Kazakhstan and Cuba to defy the rest of the world. 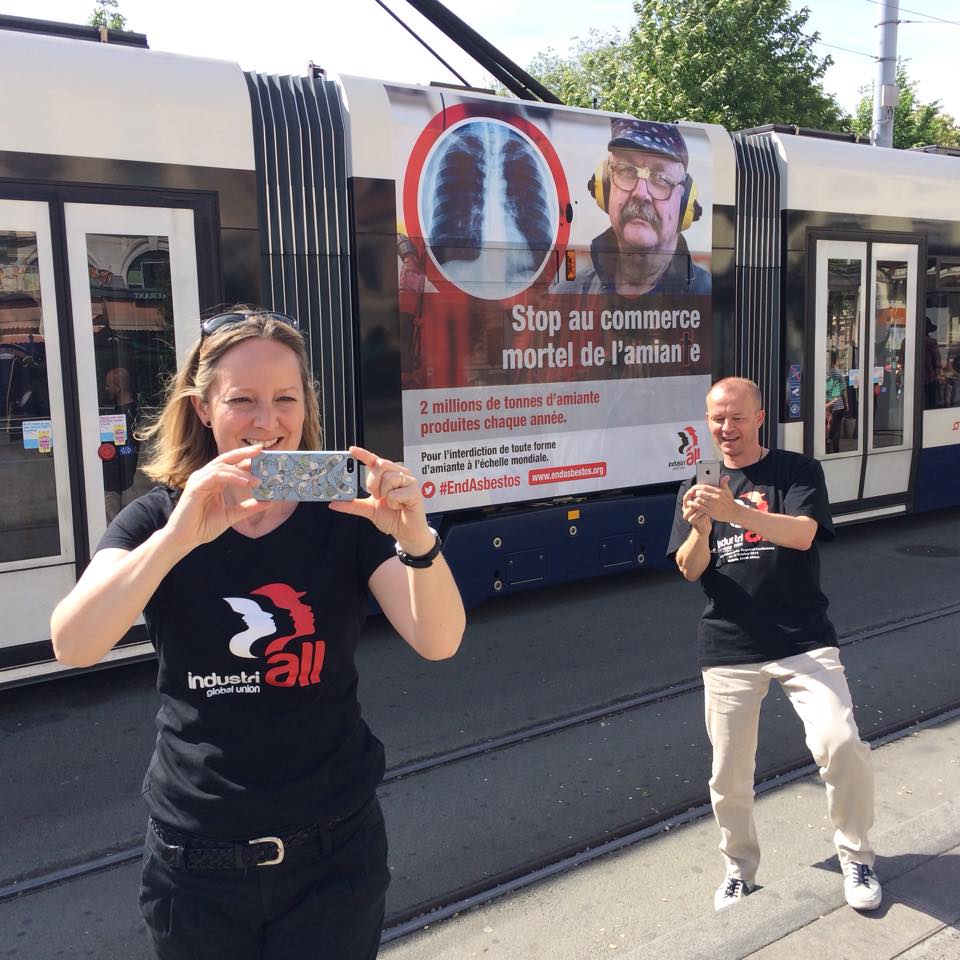 “The problem is it only takes one or a handful of countries who don’t want a substance listed to stop that and it brings into question the entire context of the Rotterdam Convention,” he said.

Mr Dettmer worked with CFMEU official Andrew Ramsay and Barry Robson of the Asbestos Diseases Foundation of Australia to lobby and speak at a union-sponsored side conference at the UN headquarters.

Indians and Russians asbestos industry lobbyists were suspected to be the backers of Russian “trade union” officials who tried to disrupt the side conference, displaying pro-asbestos propaganda.

Mr Dettmer said it was heartening the Australian Government had spoken first among 46 nations to push the case for listing, a rousing victory for the long campaign by Australian unions.

Below: AMWU President Andrew Dettmer (right) and other Australian representatives talk over the issues at a conference break. 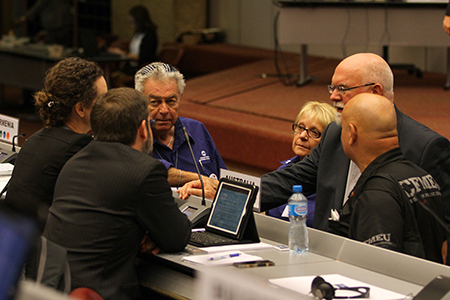