The AMWU will not be accepting Alcoa’s assurances that the health risk is “extremely low” for workers exposed to asbestos in two incidents at aluminium refineries in the past six weeks.

The union has stepped up its demand for written proof of an immediate and thorough change in the way Alcoa and its contractors assess the asbestos risk before embarking on maintenance at any of its facilities across Western Australia.

Metalworkers, electricians and riggers are concerned for their future health after the first incident in early May at Kwinana, when a welder noticed a white powdery substance on some insulation tape in a tank roof being removed.

The WA Department of Mines and Petroleum are investigating after seven workers in the immediate area were evacuated, but then sent home in their work clothes, exposing themselves and their families to the risk of loose chrysotile (white) asbestos.

They were among 70 employees of both Alcoa and the contractor Downer, who had already worked for days dismantling the tank roof without any warning of an asbestos risk.

Worried: members who worked on the asbestos-lined tank roof at Alcoa's Kwinana site listen to intently to a union safety update.

AMWU State Secretary Steve McCartney called for an immediate asbestos audit of Alcoa's WA operations after the incidents, which unions have labelled a disgrace.

"Alcoa failed to carry out tests at the site before the workers moved in to do maintenance work," he said.

The latest incident happened on May 25 at Alcoa’s Pinjarra refinery south of Perth, when workers discovered they had been grinding covering that was partially made of asbestos.

The WA Department of Mines have recommended a set procedure Alcoa and its contractors adhere to before any maintenance work, which the AMWU, ETU and CFMEU have demanded it commit to in writing.

This requires mandatory checking of paperwork against the WA asbestos register to check if the building has been tested for containing asbestos, with the requirement to then bring in cleaning specialists if there is any doubt it has not been already cleared.

“Nothing that Downer and Alcoa workers have been doing at these sites is emergency work, it’s all pre-planned so there is no excuse for what has happened,” he said.

“There is a lingering fear among the families of what could could happen 20 or 40 years in future.” 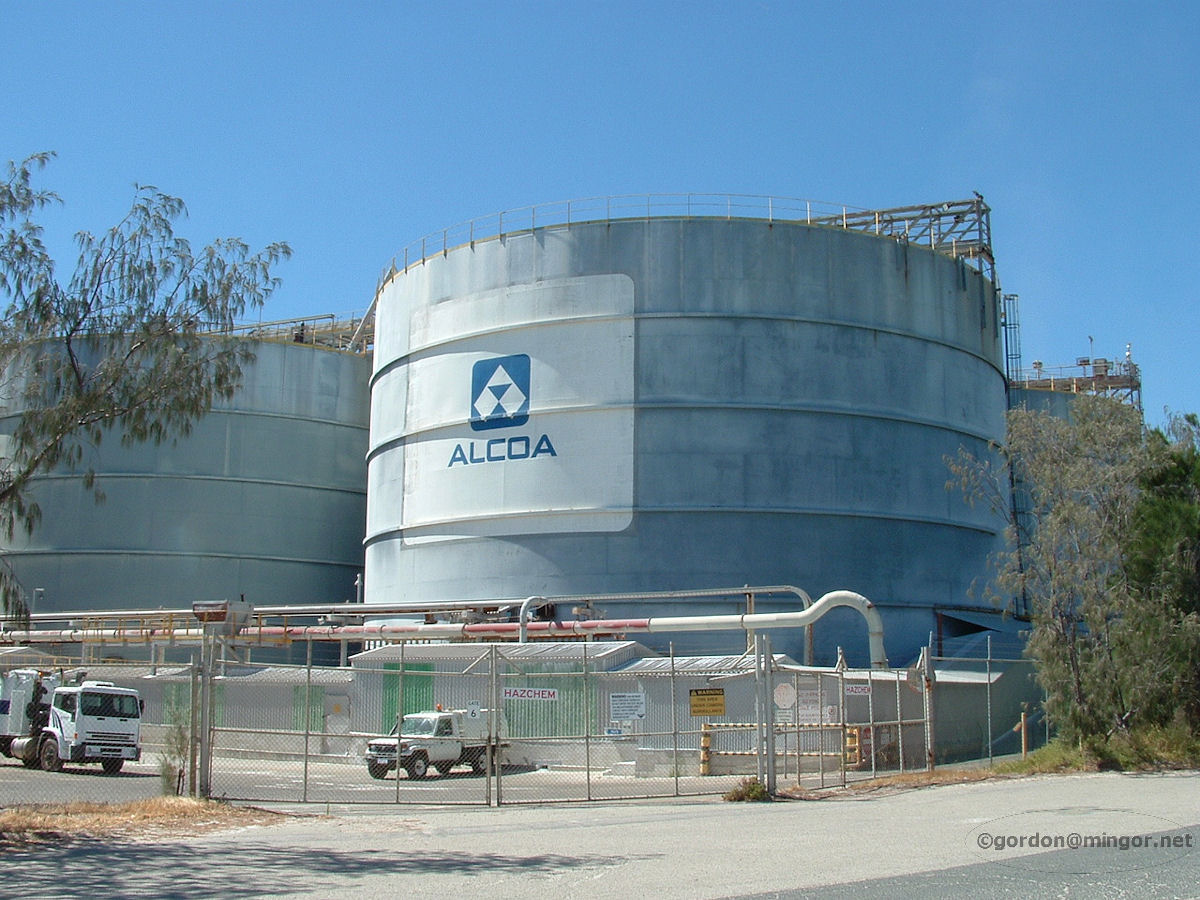 Danger: the Alcoa site at Kwinana where workers laboured on a tank roof where asbestos was found.