The AMWU will be fighting back to ensure shipbuilding can stay in Australia and stay at Williamstown, after the company’s decision this week not to tender for 21 new Pacific patrol boats. 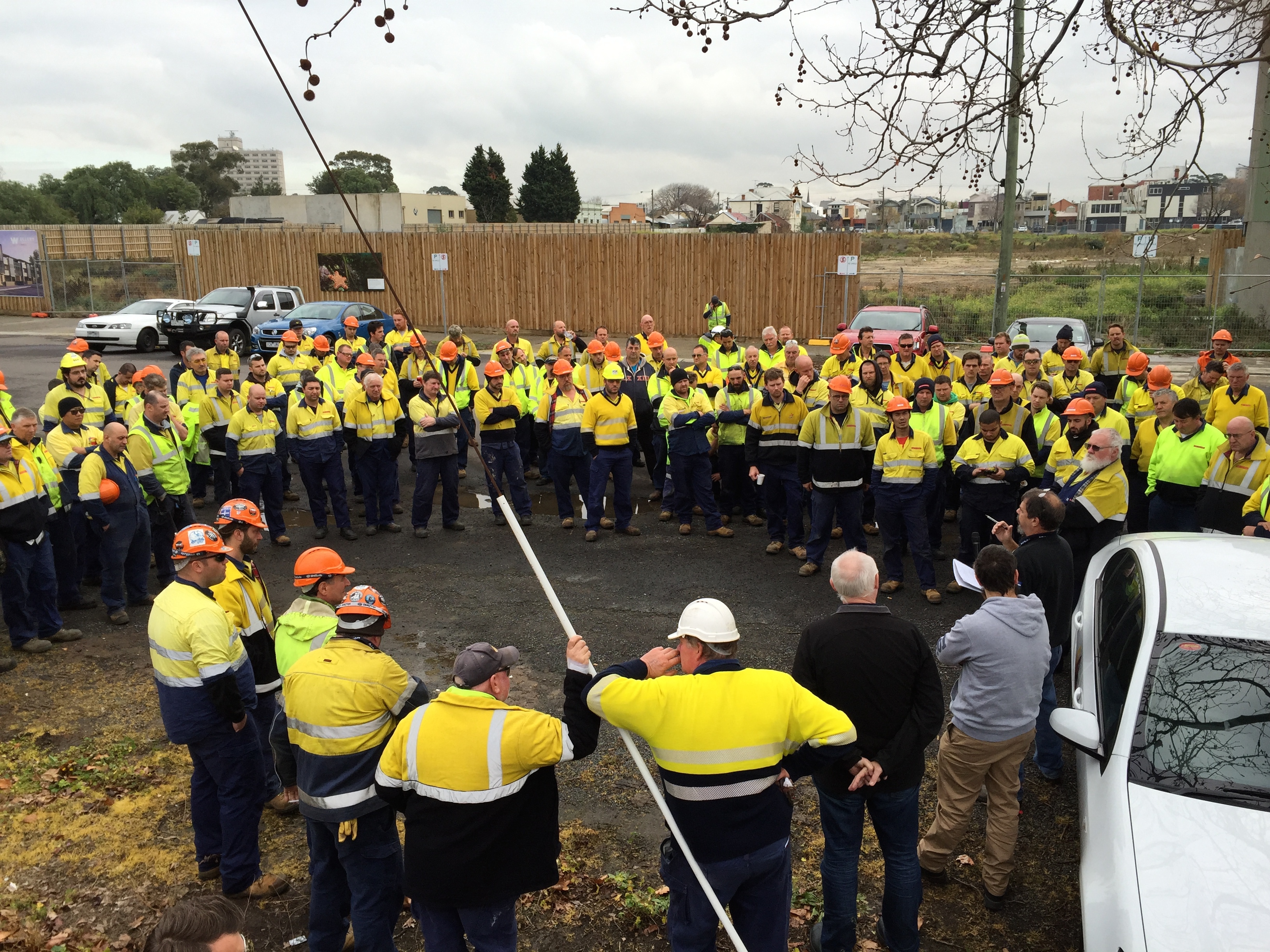 Grey day: AMWU organiser Colin Muir brings members at Williamstown up to date on the day of the decision.

The decision was seen by many members, industry and the public as a vote on no confidence in the Abbott Government.

While a huge disappointment, the union will keep fighting for a rolling build to be secured in a bi-partisan manner.

“It’s disgusting that Defence Minister Kevin Andrews resorts to political blame shifting against past governments when 800 workers in his own city face the loss of their livelihoods, which is his responsibility right now,” Mr Thompson said.

“It is time this Government showed some real leadership on national security by taking a bi-partisan stance to finally give our defence industry long-term stability through a continuous build of the ships we need.”

The 800 workers were told by BAE that the two-year gap until the Government awarded the patrol boat contract was too long to economically keep a workforce and facility on hold with no shipbuilding contracts to go on with.

“I’m afraid this is the game changer for shutting the yard, for all Williamstown - we’re not as upset with the company as we are with successive federal governments, particularly this Abbott Government,” said delegate David Vickers, with over 35 years experience.

“We know that BAE wants to keep building ships here but they haven’t been given the chance. A lot of guys are devastated, we’ve got young members with families who are wondering what the future will hold for them.”

Mr Thompson said this was the avoidable result of the Abbott Government’s mismanagement not only of this tender process, but of the entire shipbuilding industry.

It had ample opportunity to save the local industry through a fourth AWD, two navy supply ships, new frigates or the patrol boats but all these projects had been offshored, dismissed or not brought forward despite the urgent need.

AMWU delegate Jimmy Spence said: “A fourth AWD was what we hoped for. I started off building ships at age 16 in the UK, now I’m 44 and I don’t know what I’ll do,” he said.

The union was in the Fair Work Commission this week to ensure the company consults each worker fairly in selecting the 100 redundancies due from next week. Over 300 skilled trades and 500 white-collar workers and staff are set to lose their positions in the next 6-9 months.