Union Message on jobs gets through to voters

AMWU members have successfully campaigned in NSW and Victoria to make the case for election candidates to back local content and local jobs.

And the ousting of the Liberals from the NSW state seats of Newcastle and Charlestown to Labor in last weekend’s by-elections  confirmed the AMWU’s message about the importance of Hunter ship, ferry and train manufacturing got through to voters.

“We are going to take this momentum into the March state election so that every candidate knows that if they want the job of representing us in Parliament, they need to support our jobs”, said NSW State Secretary Tim Ayres.

In Victoria, our people  hit the streets for the third weekend in a row, joining about 300 Trades Hall Council comrades  in a massive doorknock of marginal electorates in Melbourne’s south-east industrial belt in the run up to November’s  election.

Branch members hit  Bentleigh and Mordialloc, pairing up with firefighters, paramedics, nurses, teachers and other unionists. They asked  voters to think carefully about the poor performance of the Victorian Coalition on jobs and adequate services. 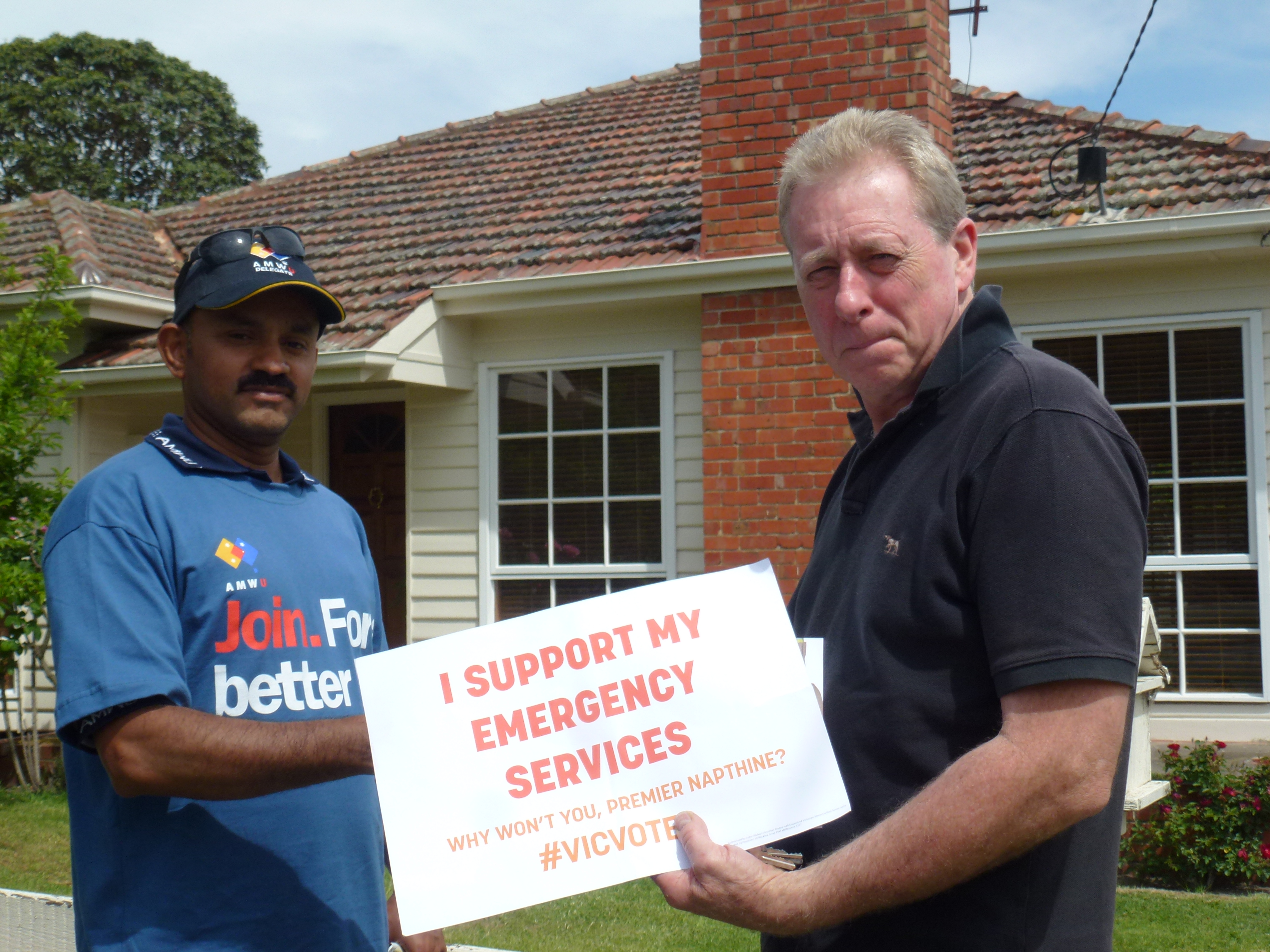 In previous weekends we visited nearby Carrum and the Geelong-Bellarine areas.

By day’s end a record 15,000 households were visited, with about 3000 signing a pledge that jobs in the state’s hard-hit manufacturing sector would be a big issue when they decided on whether the  Coalition Napthine Government had earned their trust.

AMWU delegate Sunil George was among our union volunteers who enjoyed the experience.

He reported that most householders were courteous and attentive when he identified himself as a unionist. He spoke of the need to recover  77,000 jobs lost in Victoria in the past four years.

“It’s tough to knock at the first house but when you got into it there were good results, most people understood because they know this is a manufacturing area which is losing jobs,” said Mr George, a leading hand at nearby Morgan Advanced Materials in Highett.

“The majority didn’t like the Liberal Government state or federal, they were worried cuts to educations allowances, it was tough for families and tough too for pensioners – one guy who could barely walk came out to sign the pledge.”