Two AMWU members are being hailed as heroes for helping to save two lives and protect their Orora workmates when a massive fireball and gas explosions engulfed a wreckers’ yard opposite their workplace in Sydney.

Shane Reid and Leon Vagelatos were presented with Certificates of Recognition by the company for their efforts at Orora Packaging’s building in Revesby after a huge explosion rocked the area on a quiet mid-week afternoon just before winter.

They were among the first outside to be confronted with a horrific scene but took decisive action.

Mr Vagelatos instantly alerted the emergency services on his mobile and Mr Reid rushed to help a severely burned workman who staggered out of the blazing  yard.

Mr Reid helped lead the injured man, in enormous pain, to Orora’s amenities block where he put him under a cold shower and then did the same for a second workman with burns to more than 60 per cent of his body.

He also helped paramedics set up an emergency triage centre in the Orora canteen, using  his skills as a union OHS representative. 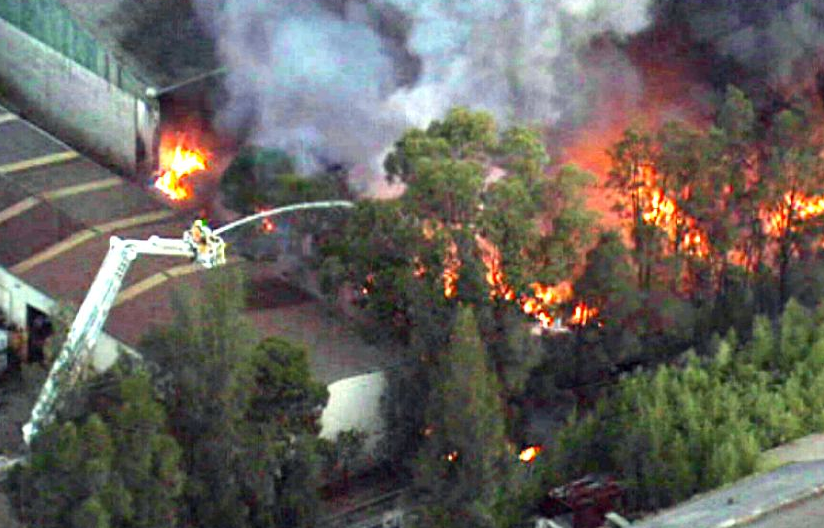 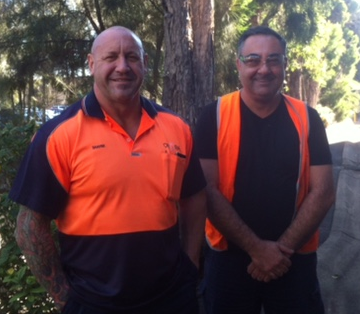 Meanwhile, Mr Vagelatos had headed back inside the Orora factory where he briefed his managers on exactly what had happened.

His information helped them to instigate an effective emergency evacuation of the 60 workers, as about 100 firefighters battled the giant blaze.

“The first explosion rocked the ink store where I work, I went outside and saw this guy stuck in the gate at the place opposite, he was holding his head and screaming for help while the place was going up,” Mr Vagelatos said.

“I realised I’d better get straight on to emergency services and then do what I could to help. Others came flooding out of the wreckers yard and helped release this guy from the locked gate, all he had left on was his undies.”

Shane Reid assisted the injured man after he staggered across the road, leading him about 60 metres through the Orora factory to a shower room.

“He was pretty bad, we had to get him straight under the cold shower,” Mr Reid said.

“Then my boss shouted to turn the other shower on because another guy came through, they were both in terrible pain, one screaming, the other one moaning.

“They both spoke a Middle Eastern language and fortunately a policeman could talk to them, then the paramedics set up their operation in the canteen.”

Mr Reid also spoke to a brother of the injured man and was able to get  their names, ages and any medications they used to help doctors on scene.

His union OHS training proved invaluable, as he also made sure the two trauma teams treating others  from the wreckers yard had all they needed.

Mr Reid said: “The whole thing just re-enforced how important the union and safety is in our workplace compared to some of the dodgy shops around the place.”

“Shane and Leon helped save lives, they showed a true union spirit of care for their brothers and sisters, “ she said.

“And we had an orderly evacuation with no harm to more workers, so all our union delegates and HSRs deserve to be commended for using their training so effectively.”

The badly injured men were taken to the Royal North Shore Hospital, where this week one remains in a stable condition but the other has been discharged.