AMWU shipbuilder Glen Dallimore has sunk the Liberal Party for the first time in one of its South Australian strongholds as our union played a major part nationally in the election revolt against the Turnbull Government.

The ASC delegate stood for Labor in the seat of Mayo and directed his preferences to the Nick Xenophon Party, proving essential to the nation’s biggest swing of 44 per cent which ousted disgraced Coalition ex-minister Jamie Briggs.

Glen Dallimore’s strong vote gave the Xenophon candidate a winning lead over Mr Briggs,  the first Liberal to lose the blue-ribbon seat since its creation in 1984. 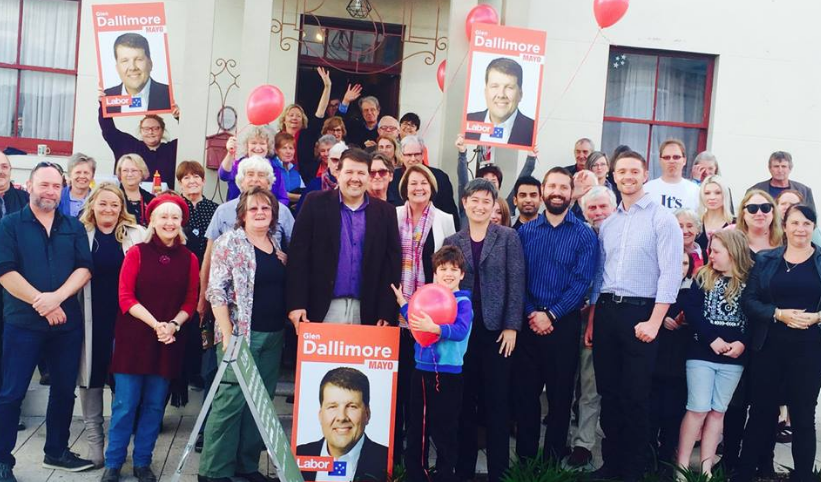 Team unity: Glen Dallimore with Labor frontbencher Penny Wong and the big team which helped his decisive impact in Mayo.

It was one of many stunning Liberal losses where AMWU activists played a big part on the ground in  shredding the credibility of Malcolm Turnbull as Prime Minister.

“This experience as a candidate has inspired and emboldened me to re-energise our union’s shipbuilding campaign because nothing has been signed yet and I have no faith in the Coalition to secure jobs on any project,” Mr Dallimore said.

“I could have never done it without the moral, emotional, logistical and financial support of the AMWU -  not without my delegate training and all the experience I got from going to Canberra with our union, talking with politicians.” 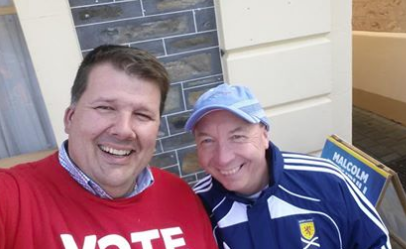 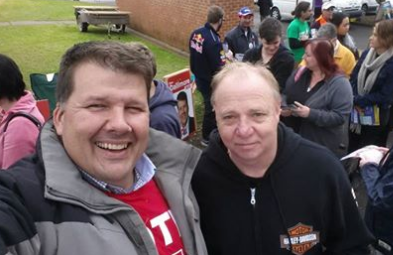 He said an explicit commitment to manufacturing jobs was a priority which paid electoral dividends for Labor nationally and the Nick Xenophon Party in SA.

In Tasmania our members assisted the wipeout for all Liberal MPs who betrayed manufacturing workers since 2013, particularly Brett Whiteley in Braddon who threatened Simplot workers.

They also campaigned hard through thousands of phone calls and home visits  in Bass, where Andrew Nikolic paid for going missing in action when Bradken Foundry shed 100 jobs.

In NSW our activist’s efforts played their part in Coalition losses of Paterson in the Hunter and in Macquarie, Barton and Lindsay, where Mr Turnbull had campaigned hard for the sitting Liberal MP Fiona Scott.

AMWU activists were also played a big part in beating Liberal party candidates in the Queensland seat of Moreton and the West Australian seat of Burt and making sure that he Liberals were held out of a number of Key Victorian seats.

As AMWU News goes to press, our members who worked so hard to put the Liberals last in the West Australian seat of Cowan and the Queensland seat of Capricornia are still waiting for the AEC to declare the outcome in these very close contests.

Mr Bastian said the results confirmed that working people wanted their job security, their family’s health and their kids’ education addressed but the flowery Turnbull rhetoric about an “exciting, innovative” future guaranteed them nothing.

“A huge thank you must go to Glen Dallimore and all other AMWU members who stood as candidates including John Short in Tasmania and Jagath Bandera in NSW, who we still hope can be elected to the Senate,” he said.

“Some results are still in doubt, what’s certain is our AMWU activists are entitled to feel pride that their efforts helped destroy any Liberal legitimacy for handing out workers’ taxes to their big business mates.”

Glen Dallimore, an ASC pipefitter, put his livelihood on the line and life on hold to stand for Mayo. He said talking to people not involved in manufacturing gave him insight on the need to spread the word wider about its importance.

His first priority after Saturday’s vote was to sit down to dinner with his family and then to get back to work.

“I hope to be back at work next week and I intend to put even more effort into my union activities,” he said.