The AMWU is eager to give further input to the Federal Opposition’s new plan to crack down on dodgy employers who exploit workers by dramatically lifting fines and jail terms if it gets into Government.

There was underpayment and sham contracting, where workers are falsely labelled as contractors so the boss avoids paying penalty rates, superannuation, holiday pay, sick pay and most other rights.

Labor has acted after the exploitation of chicken factory workers and the growth of rogue labour hire operators were exposed in the media as just the tip of a massive iceberg.

“We’ll be happy to work with either side of politics on this crucial issue for Australia’s workers and their families but from the start of this election year of 2016 all the Turnbull Government has done is attack unions – no change from Tony Abbott,” Mr Bastian said.

*cracking down on deliberate underpayments of workers, with potential civil fines for an individual employer on each offence raised from $16,000 to $216,000 and fines for a company lifted from $54,080 to over $1 million.

*protecting workers from sham contracting, by strengthening legal protections of a worker’s entitlements and possibly making it a criminal offence, punishable with  two years jail time 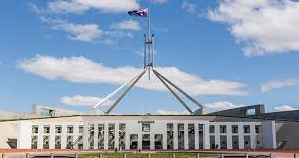 Strong action needed: The AMWU will work with any party or independent MP in Canberra who makes a genuine commitment for stronger penalties to deter rips-offs of workers.