Trucking ahead with Kenworth and Volvo deals

The AMWU has continued to power along in the heavy vehicle industry with new union-negotiated agreements at Kenworth and Volvo an encouraging sign of a smooth road ahead. 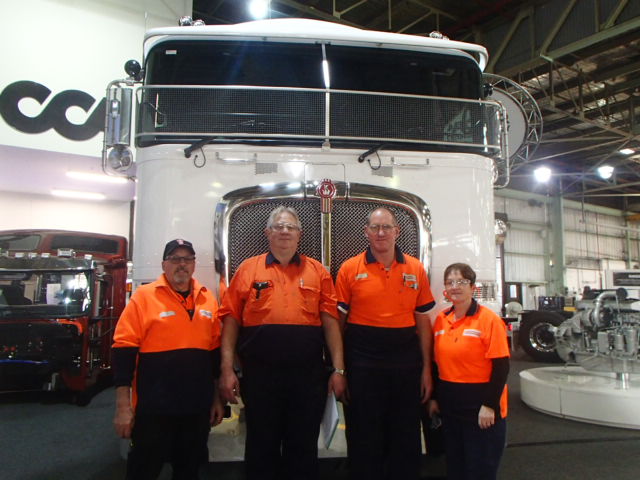 Completion of the deals with solid pay rises and improved conditions contributes to the bright future of truck manufacture, sales and maintenance in Australia - provided Governments provide sufficient industry support and road infrastructure.

Over 260 members at Kenworth’s manufacturing facility in Victoria showed great determination to secure a four-year deal, providing pay rises of 11.75% over that time and back pay from July.

Getting there meant twice rejecting below-inflation offers and taking protected industrial action including a 24-hour stoppage - effective in getting the company to improve the deal.

AMWU members came around to the four-year term, recognising it was a sign that Kenworth is fully committed to its operation at Bayswater, which is turning out about 45 trucks per week.

There is also improved RDO flexibility so members have more opportunity to bank their RDOs.

“There was reluctance about taking a four year agreement at first, but it’s a positive in providing the stability our guys need  to be able to plan for their futures,” said AMWU delegate Garry Walsh.

“In 2016-17 car manufacturing will be just about gone, but this is a really good sign for us that Kenworth is here to stay.”

At Volvo, the AMWU has also finalised a deal which brings about 450 members in truck repair, service and retail across NSW, Queensland and the Northern Territory under the one agreement.

The three-year deal includes pay rises averaging just under 3% per year, with a slightly larger increase in Queensland to offset past differences in pay rates with other states.

The union has also secured a clearer classification structure with a fairer review processes.

“We have a strong presence which is helping members achieve deals across the truck industry, giving them the job security so precious in auto today,” Mr Butler said.

“Now it’s up to governments to provide both the infrastructure and the industry programs so in the truck supply-chain we can create extra jobs and skills, much needed as car manufacturing winds down.”