Ford has been car making in Geelong almost beyond living memory but for the Travers that family heritage totals a world-record 319 years.

Their total service record over four generations since 1926 has been officially recognised by headquarters in Detroit as a family effort which may only be matched by the Henry Ford dynasty itself.

Tony Travers thinks it’s a shame he may be the last of 17 relatives to work in Ford car making, which began with his uncle’s in-law Sydney Stephens. 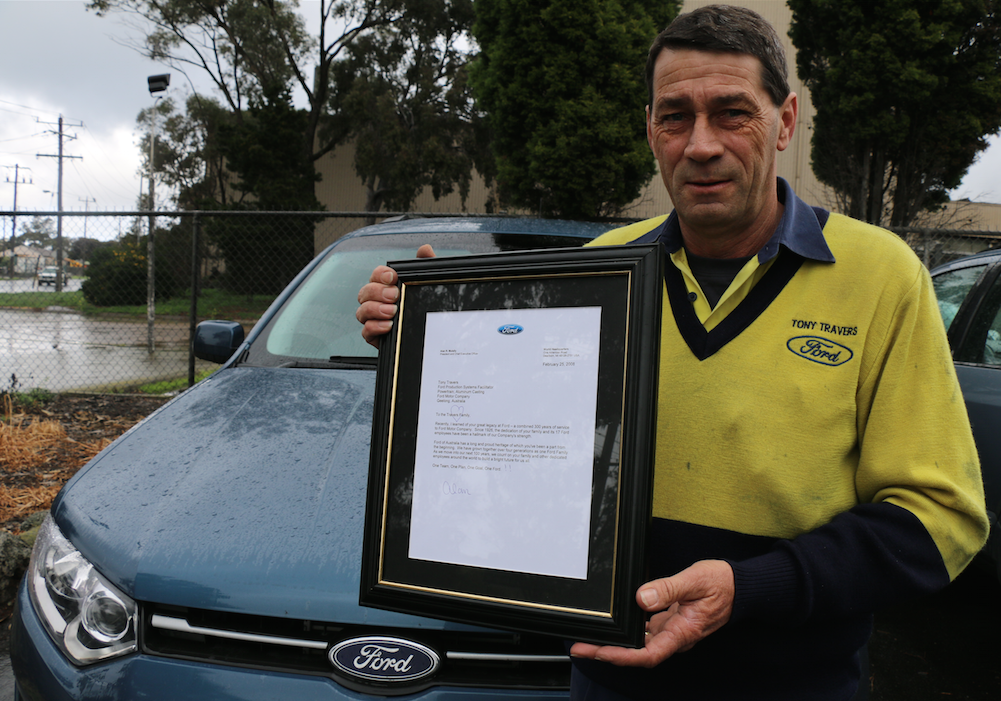 Decades in the making: Tony Travers proudly shows his family's letter of recognition from Ford's global chief in 2008.

Sydney was a foreman in the press shop who started in 1926 when Ford was assembling Model Ts in a woolstore, before the Geelong plant was completed.

Jock was one of the pioneers of the modern Vehicle Builders Union, along with his mate “Tunner” Kenworthy, and went on to become Geelong president of the union in the early 1950s – before appointment to Ford management.

“When they were trying to form the union they used to have meetings outside on the grass verge on Melbourne Road – the mangers apparently got on the roof and turned the water hoses on them,” said Tony. 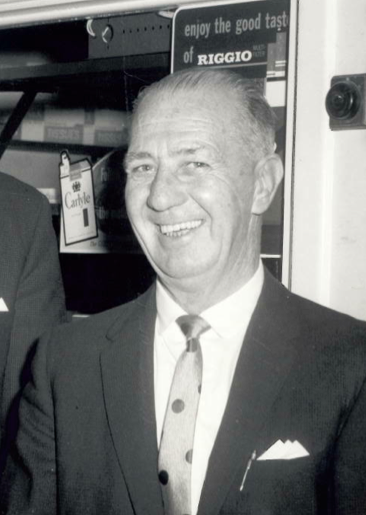 "The people on the shop floor were only allowed to have a smoke when the tea lady came around, they  were stuck at their work stations, so Jock (pictured left) took the company on and won the right to a  cigarette at any time.

“Years later they made him employee relations manager, he knew how to negotiate and debate better  than any of the management, so they got him off the shop floor and learned from him right until 1973.”

Tony followed the union path as an AMWU shop steward and safety rep at the engine plant and later  castings plant.

His son-in-law made the fourth generation when he used to work at Ford.

That family record was officially recognised with a formal letter of congratulations in 2008, carrying the  rare personal signature of Ford’s global CEO at the time, Alan Mulally.

“My nan and pop on my mother’s side both were welding mine shells during World War II, nan told me her leading hand was 'Tunner' Kenworthy,” Tony said.

Tony has done a logistics course but will extend his employment into a 28th year, as he’s one of 58 people chosen to work on a special Ford “prototype” project in Geelong until mid-2017.

Thanks to him the Travers family tree at Ford will grow into a 320th year, but beyond that it's anyone's guess.

“My family has a proud history here, Ford’s been part of everyone’s life and as an employer they have been good to work for, right to the very end,” he said.

“The local management here co-operated with the union to show they cared for the workforce, as the old motto said: Our people are our strength.” 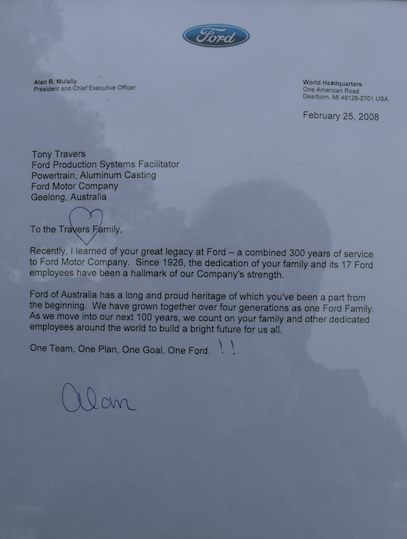