The AMWU is stepping up pressure on the NSW Baird Government to award new infrastructure work to help sustain Forgacs after the firm announced a further 150 job cuts due to being frozen out of shipbuilding contracts.

The announcement that the jobs will go next month came the day of the Baird Government Budget, with Forgacs stating it was likely all 450 remaining jobs at the yard would go by year’s end.

The news follows hundreds of job losses earlier this year at Forgacs and last week’s announcement that BAE Systems  may close the Williamstown facility in Melbourne as it has no work to tide it over.

NSW State Secretary Tim Ayres said both the Abbott Government and the NSW Baird Government had failed the Hunter.

The Federal Government had failed to bring forward any navy  contracts and also favoured offshore shipbuilders in a flawed  process to replace the Antarctic Division’s icebreaker Aurora  Australis – built at Tomago decades ago.

Similarly the NSW Baird Government had structured the latest  Sydney ferries tender to exclude Forgacs and had given  manufacturing zero help in the state Budget.

“Forgacs – like all Australian shipbuilding – needs a continuous  program of work to survive,” said Mr Ayres.

“This is a yard that has been in operation over 100 years and built iconic Australian ships like the ferries on Sydney Harbour and the Aurora Australis.  Now it looks set to shut it’s doors under Baird and Abbott.”

The hope for saving about 150 jobs at Forgacs lies with state infrastructure, including the Port Kembla Coal terminal upgrade and pontoons for Sydney’s Barangaroo development.

“Workers in this industry just need a Premier that is willing to fight for their jobs,” Mr Ayres said. “Clearly, they can’t rely on Mike Baird.”

Like BAE at Williamstown, the workforce at Tomago is completing  hull blocks for the Air Warfare Destoyers but work will finish by year's end.

The next possible shipbuilding work is the 21 Pacific patrol boats but that will not be decided until 2017. 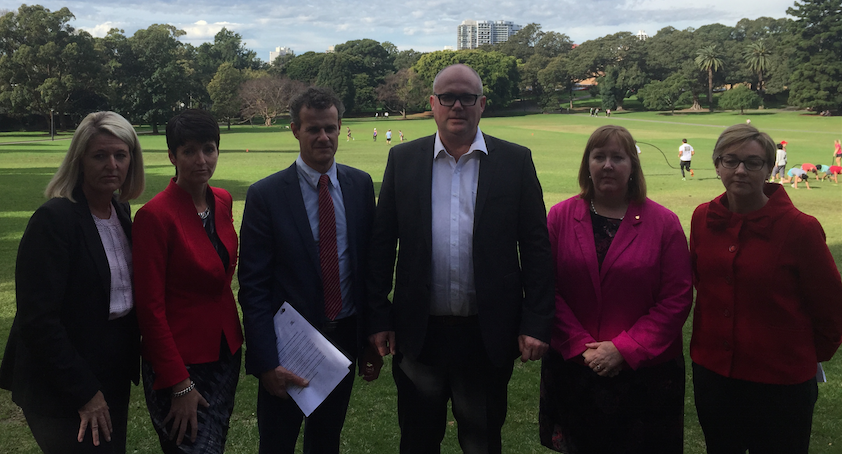