Broadcast technicians who keep the television signal coming in to all homes in rural Australia are refusing to back down in their quest for a fair deal on pay and allowances after returning from a month long lock-out.

The employer of the technical officers risked blacking out the viewing of the AFL and NRL finals series to thousands of viewers by locking out the AMWU members during September for wanting an Enterprise Bargaining Agreement to replace their common law contracts.

These specialists do a challenging, often solitary, job across the vastness of rural and regional Australia in servicing and maintaining all the TV transmission tower sites for both the Prime and Win networks.

They rely on four-wheel drive vehicles to access towers on hills and mountain tops in all extremes of heat and cold, including snow, and are on-call at any time to fix emergency technical problems in base station equipment.

But their base wage  barely climbs above $65,000 per year and employer  Broadcast Transmission Services signs them on to common law contracts. 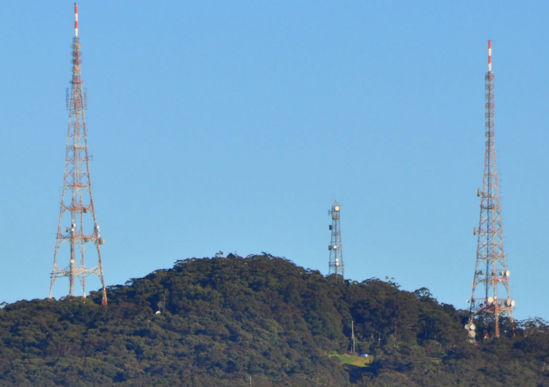 The technical officers also receive an allowance for working overtime, capped at just 300 hours per year – meaning their real overtime rate is worth less than their normal pay rate.

The final straw came when BTS cancelled their fuel cards without consultation, instead giving a capped annual amount for all their fuel, servicing and repairs to their four-wheel drive vehicles.

“If you’re doing well over 40,000km a year in isolated areas, plus maintaining the vehicle, that won’t go far and our members will be out of pocket,” said AMWU National Organiser Anne Donnellan.

Ms Donnellan said a month-long lockout was a gross overreaction to low-level industrial action, including overtime bans, the technical officers voted for and was legal.

Members have told the AMWU they need to get these contracts replaced with a collective agreement to give them access to a fair umpire who can give neutral guidance and ensure the company deals with them respectfully.

She said a key problem with the common law contracts is that it can be difficult and costly for members to pursue a breach of contract or deal with a dispute. For instance, on the fuel card issue they had no recourse to the Fair Work Commission.

Ms Donnellan said the union would seek FWC assistance to try to improve negotiations, which have made little progress over several months as the company refers to an unsuitable award covering indoor studio staff.

“Without these technical officers, millions of TV sets would fade to black, so they deserve more respect from BTS and it’s owners, the networks Prime and Win,” Ms Donnellan said.