Snowmen get a lift from Mt Buller deal

AMWU members working at Mt Buller snowfield have iced a deal which will help keep the busy slopes safe for coming snow seasons.

The 11 mechanics and fitters who keep the mountain’s 22 ski lifts running safely and efficiently have a new  agreement making it easier on their pockets to afford the personal snow gear essential when heading out to do their jobs in sub-zero temperatures. 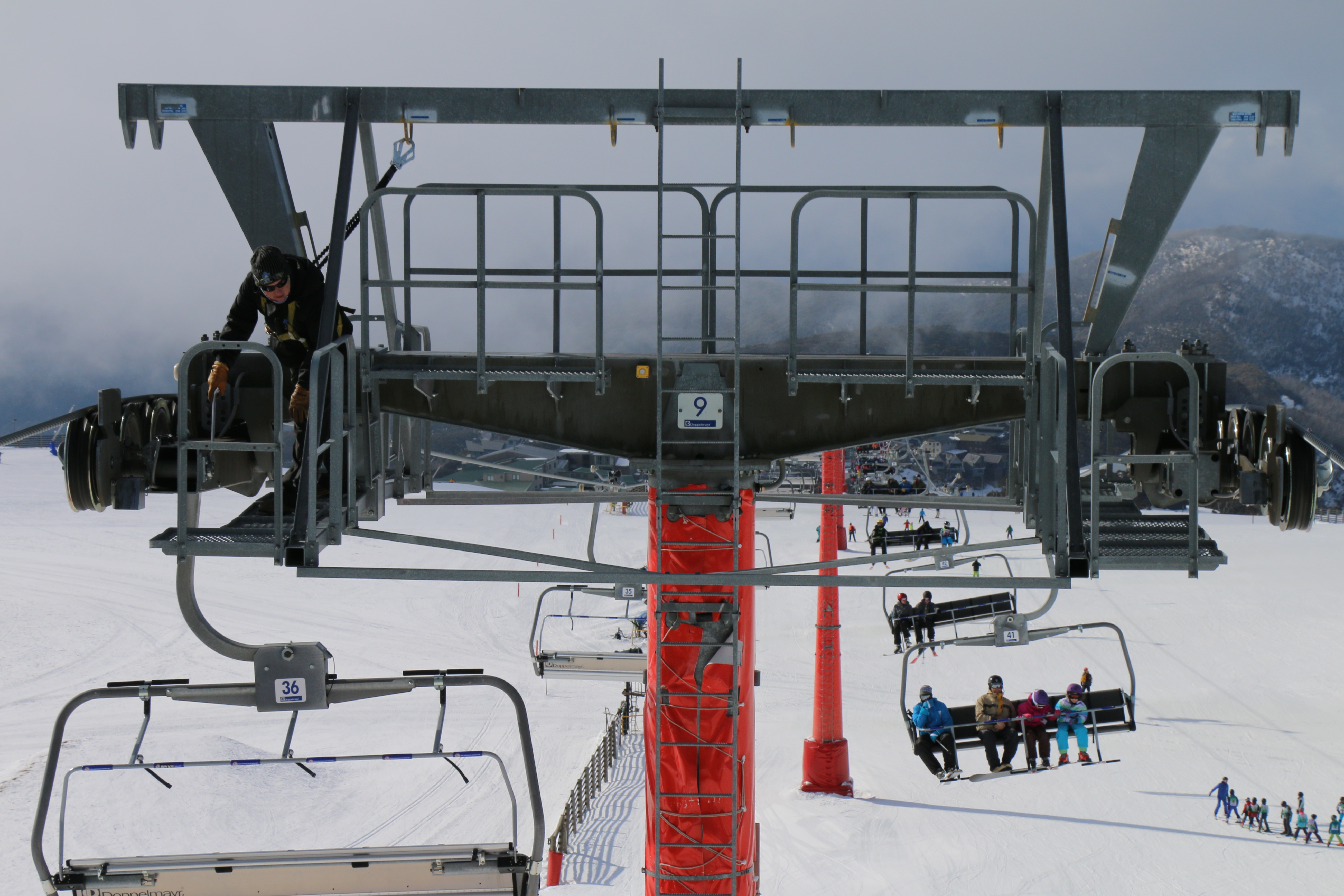 They work in conditions ranging from crisp sunny mornings to near-blizzards,  climbing lift towers up to 20 metres high while wielding icepicks to free-up frozen cables and wheel mechanisms.

“When you’re up the top of a lift tower in a harness dealing with ice, snow and winds early on a winter morning it creates challenges, but we’re trained for it and safety’s top priority,” AMWU delegate Mark Angliss said.

Just after dawn they also have all the main chairlift motors de-iced and warmed up, from the big Ebon 6-seater to smaller 2-seat T-bars. They get around on skis, snowmobiles and snowboards.

All day they are on radio call-out from their workshop for any lift stoppages, with a seven-minute target for re-start to ensure no one can ever be marooned up in a chair in freezing conditions.

It includes a new allowance that will enable members to easily afford the important winter-spring ski gear –skis, goggles and sunglasses - that is essential to working in a bitterly cold environment.

“As an extra, we got the company to agree to us keeping the gear we’ve been issued with for this winter, at no charge,” Mr Angliss said.

The EBA allows for the fitters and mechanics to work long winter days during the peak ski season, with weekly hours over 47.5 returned as time owing or pay including superannuation.

The members stuck together to successfully head off a company bid to cap hours claimable as time owing. 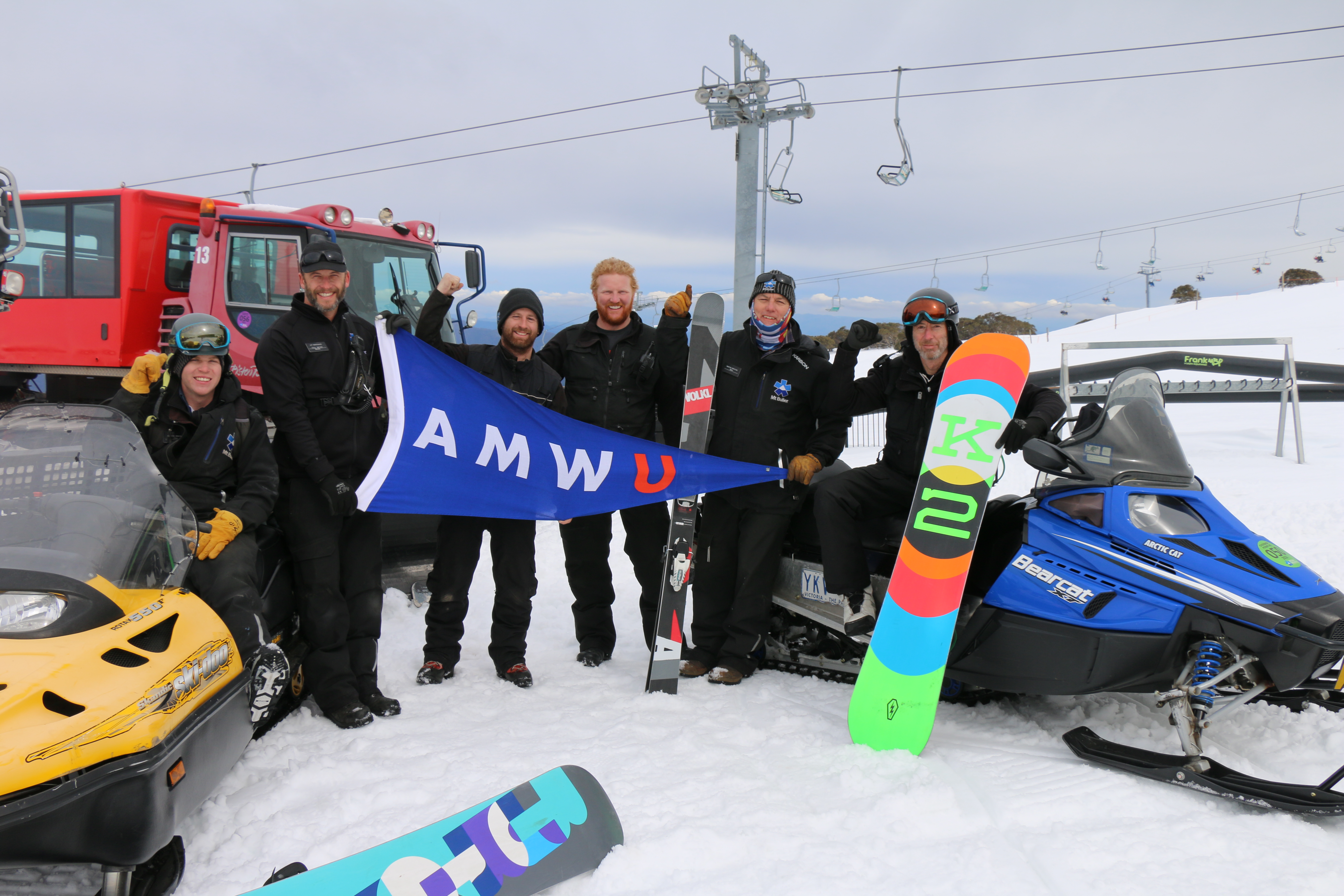 In summer, they work a set 38-hour, four day week for the crucial overhauling of lift equipment.

Most live in nearby towns including Mansfield.  When travel time up the mountain is included, work days can stretch to 14 hours.

“We’re responsible for maintaining all the lift equipment, and the 10 gensets (diesel generator sets) as back-up power for the resort’s buildings if the electricity fails, ” Mr Angliss said.

“Most of the guys are pretty committed to this job and the mountain - we’re all skiers, all our families ski and some partners work up here too. I’ve been up here 26 years.”

AMWU organiser Dave Corben noted that deal was recognition of the critical work that our members do. Mr Angliss agreed.

“Winter is when it’s all happening, we can have 10,000 visitors on weekends so everything has to work properly every day,” he said. “The company knows the ramifications of someone getting stuck up on a ski lift at minus three degrees.” 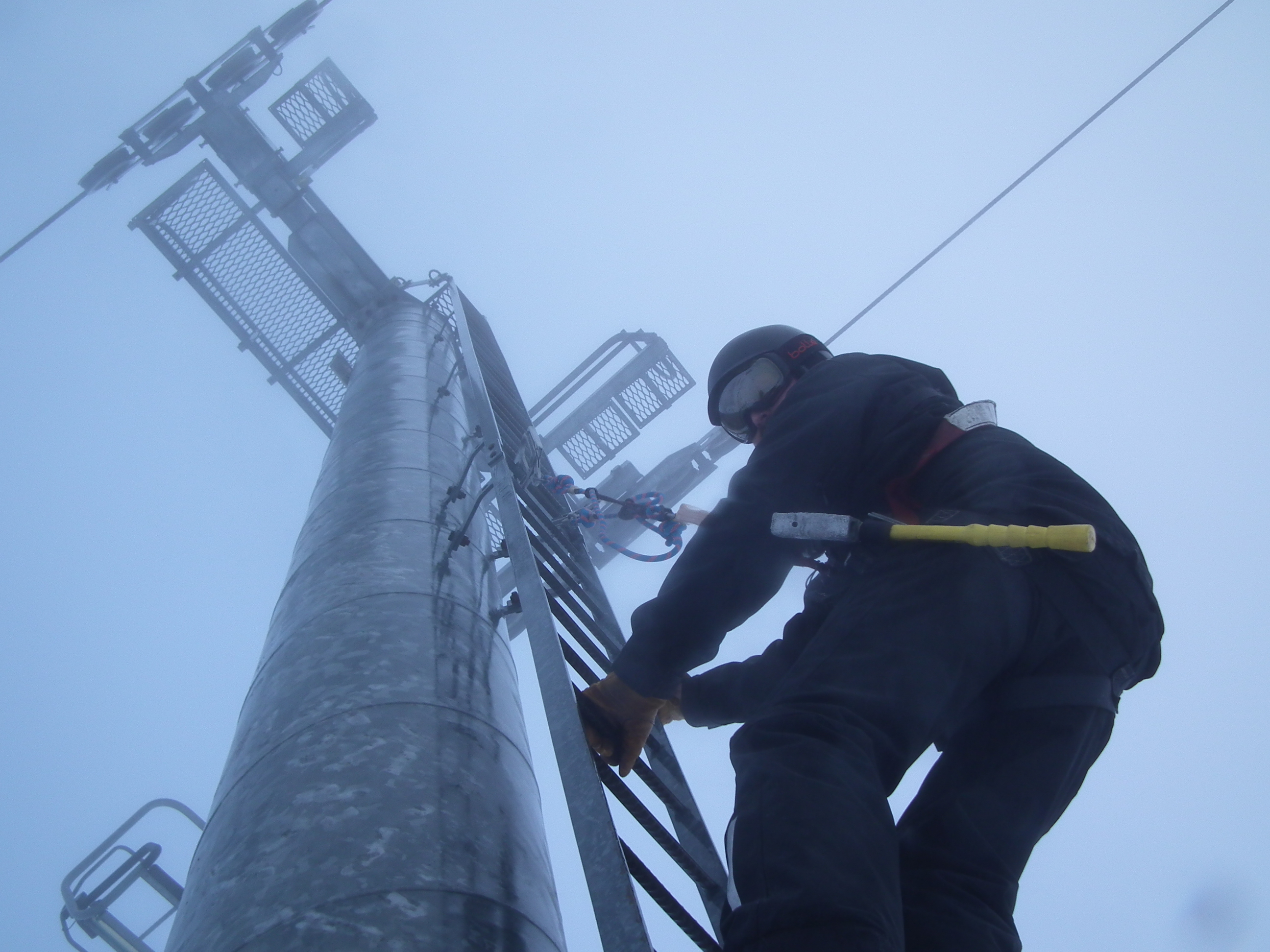 Dawn patrol: adult apprentice fitter Dan Roberts climbs a tower, ice axe in his belt. (Below) Mark Angliss gets one of the T-bar lifts going just after sunrise. 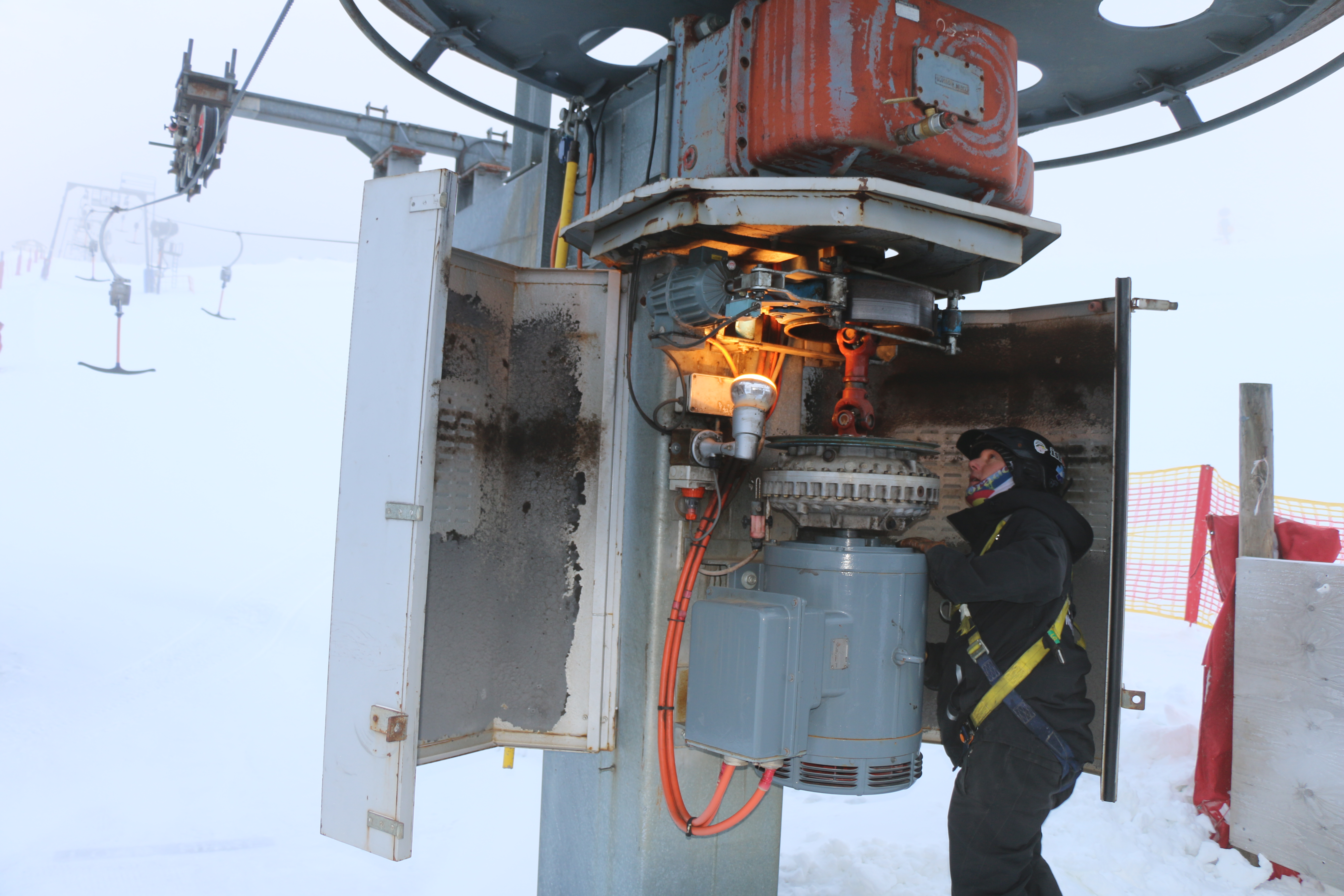