The success of last week’s National Shipbuilding Day of Action has been immediate with Federal Government MPs eager to meet our members and officials for in-depth talks.

Rallies of shipbuilders and their families nationwide rammed home to message to Coalition MPs that their communities could not afford the loss of jobs as shipyards in the Hunter (Forgacs), Melbourne and Perth (BAE Systems) and Adelaide (ASC) face wind-downs of work. 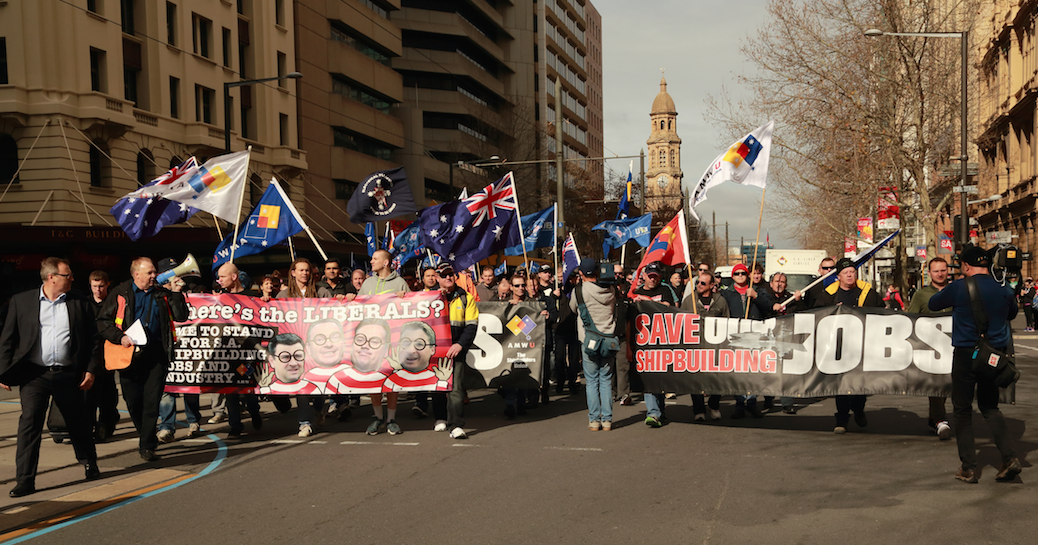 AMWU National Assistant Secretary Glenn Thompson said the willingness of over 20 Coalition and crossbench MPs to meet AMWU members and officials when a delegation visits Canberra in two weeks showed the politicians understood their jobs were also on the line, particularly in South Australia.

“The big numbers at our rallies and the wide media coverage in those cities has left Coalition MPs in no doubt whatsoever they are accountable for the decisions of the Abbott Cabinet not to spend on a continual build of navy ships, which is now resulting in widespread redundancies,” Mr Thompson said.

“We are urging them to stand up for their voters, stand up for shipyard jobs in their communities by making that clear when they speak with Ministers and in the Liberals’ party room.” 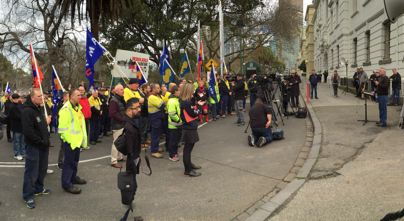 Mr Thompson spoke at the rally in Adelaide, where over 600 workers from ASC –on their RDO – marched to the Commonwealth building where Federal Ministers Christopher Pyne and Jamie Briggs have offices.

Independent Senator Nick Xenophon told the rally: “If the subs are built in France or in Germany or Japan, it will be case of au revoir, auf wiedersehen and sayonara to the Liberals’ election chances.”

The rally was also addressed by SA Minister for Defence Industries Martin Hamilton-Smith.

He made it clear that the state and nation needed a full local build of 12 submarines as the Coalition promised at last election, not a “hybrid” overseas-local build of just eight subs rumoured for the upcoming Defence White Paper.

He said the Navy wanted and needed 12 locally-built subs, a number vital to sustain a continual build and a flow-on maintenance industry.

Mr Thompson said the turnouts in Melbourne (outside the Commonwealth offices), the Hunter (below left at Liberal MP Bob Baldwin's office) and Perth (below right, in the CBD outside Finance Minister Mathias Cormann's office) had also shown how strongly our members feel over the issues, both for their jobs and the nation's security. 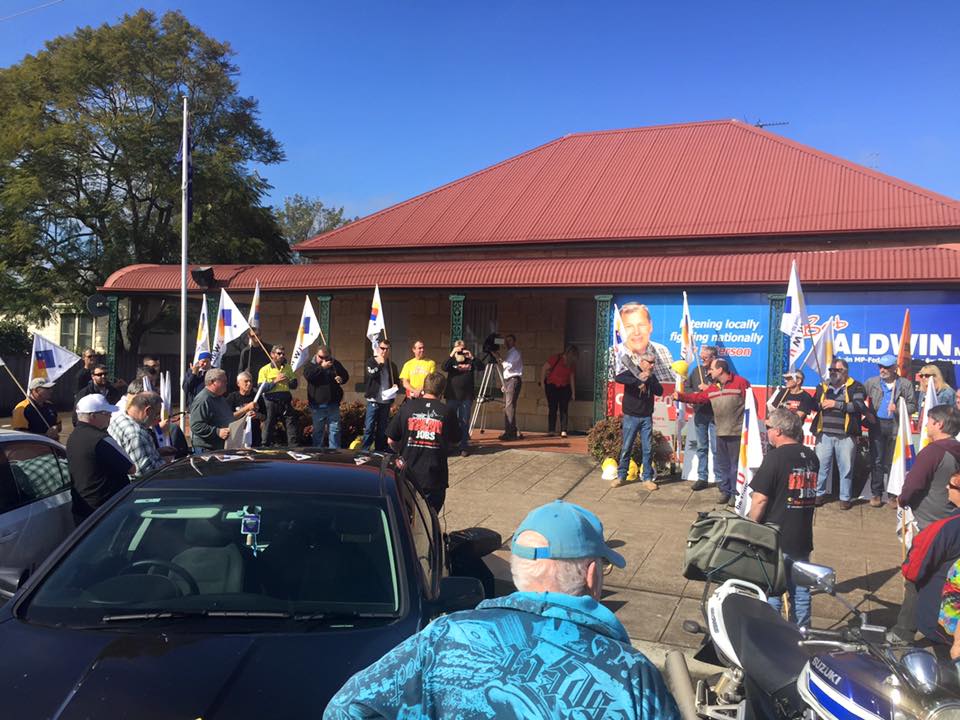 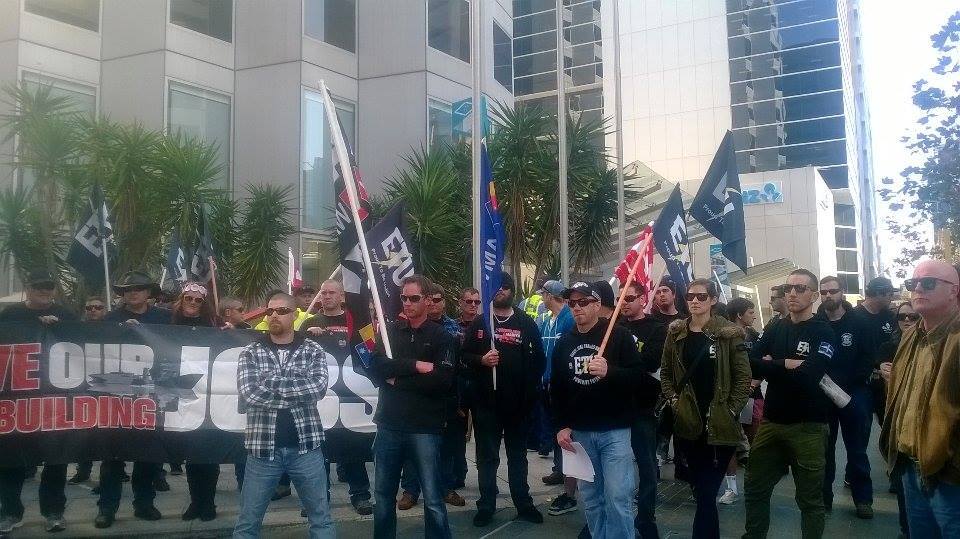