AMWU retired members have led protests by pensioners this week over the brutal impacts on vulnerable seniors and low-income families from Budget cuts by the Turnbull Government.

AMWU Retired Members’ Division National Secretary Frank Cherry told the Melbourne rally that low-income families and pensioners had been condemned to living near or below the poverty line by the harsh Budgets of the Abbott and now Turnbull Governments.

He echoed concerns of the Fair Go For Pensioners (FGFP) community coalition that senior Australians risked being ignored at this election, with the freezing of Medicare rebates, $54 billion in cuts to health and hospital services plus reviews of disability support pensions hitting the disadvantaged hardest. 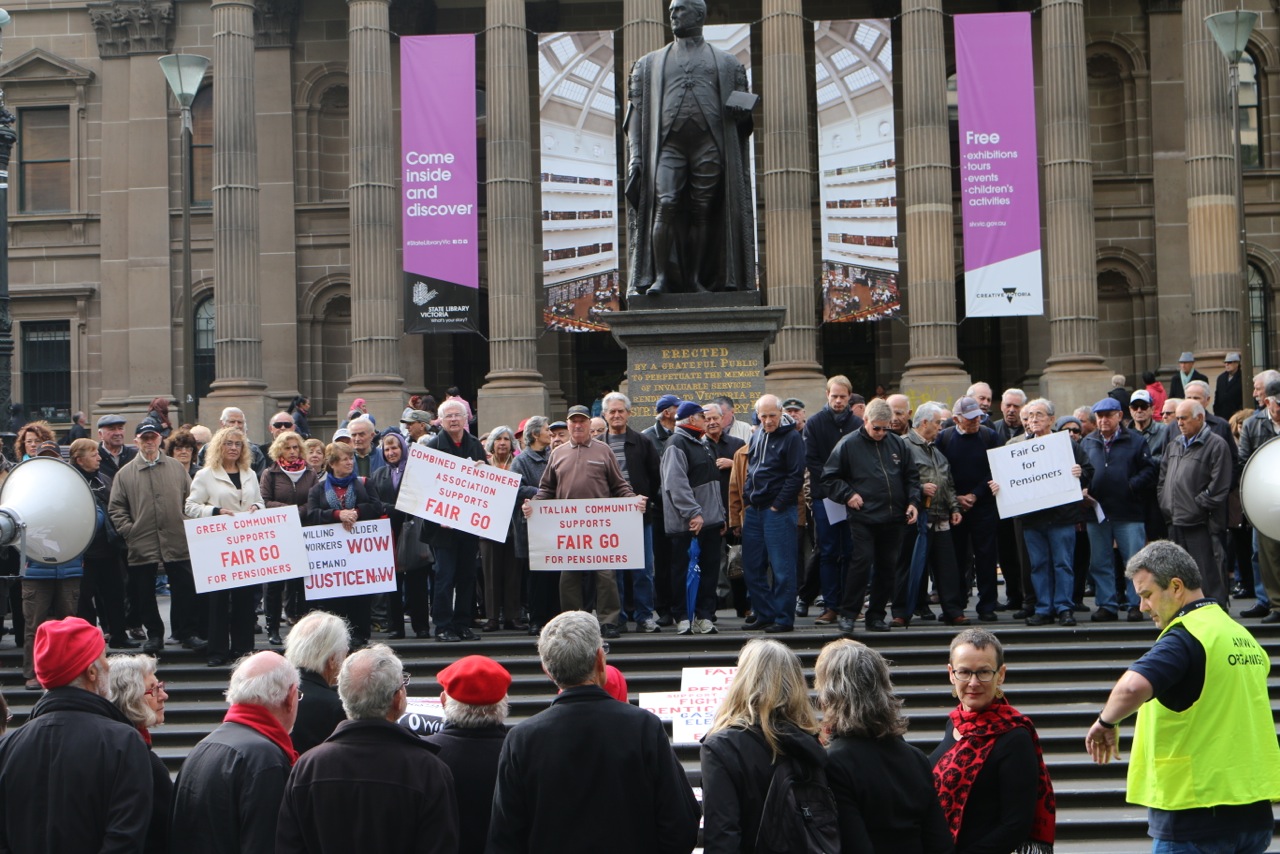 Fighting for a fair go: retired AMWU members were among pensioners rallying outside the State Library in Melbourne. They are as mad as hell over harsh Coalition budget cuts.

FGFP President Roger Wilson said the Coalition’s generous tax cuts to businesses and tax subsidies to property investors meant slashing services and hiking costs to the most vulnerable - including older people on pensions.

“Jobs and growth won’t trickle down to the disadvantaged from these toxic policies,” Mr Wilson told AMWU News.

Mr Wilson pleaded with the crowd to put the “Libs last this election”, saying that they must “reject any government that seeks to increase the costs of doctors’ visits, prescription medicines, axe dental care for families, erode disability support and cut critical aged care services”.

Other community groups concerned about the Coalition’s planned cuts to aged services and the housing affordability crisis also spoke at the rally.

Daisy Ellery, Chairperson of the Housing for Aged Action Group told the crowd that “the Turnbull Government doesn’t care about people on low incomes, living in housing poverty” and warned both leaders to not “underestimate the power of the old persons’ vote”. 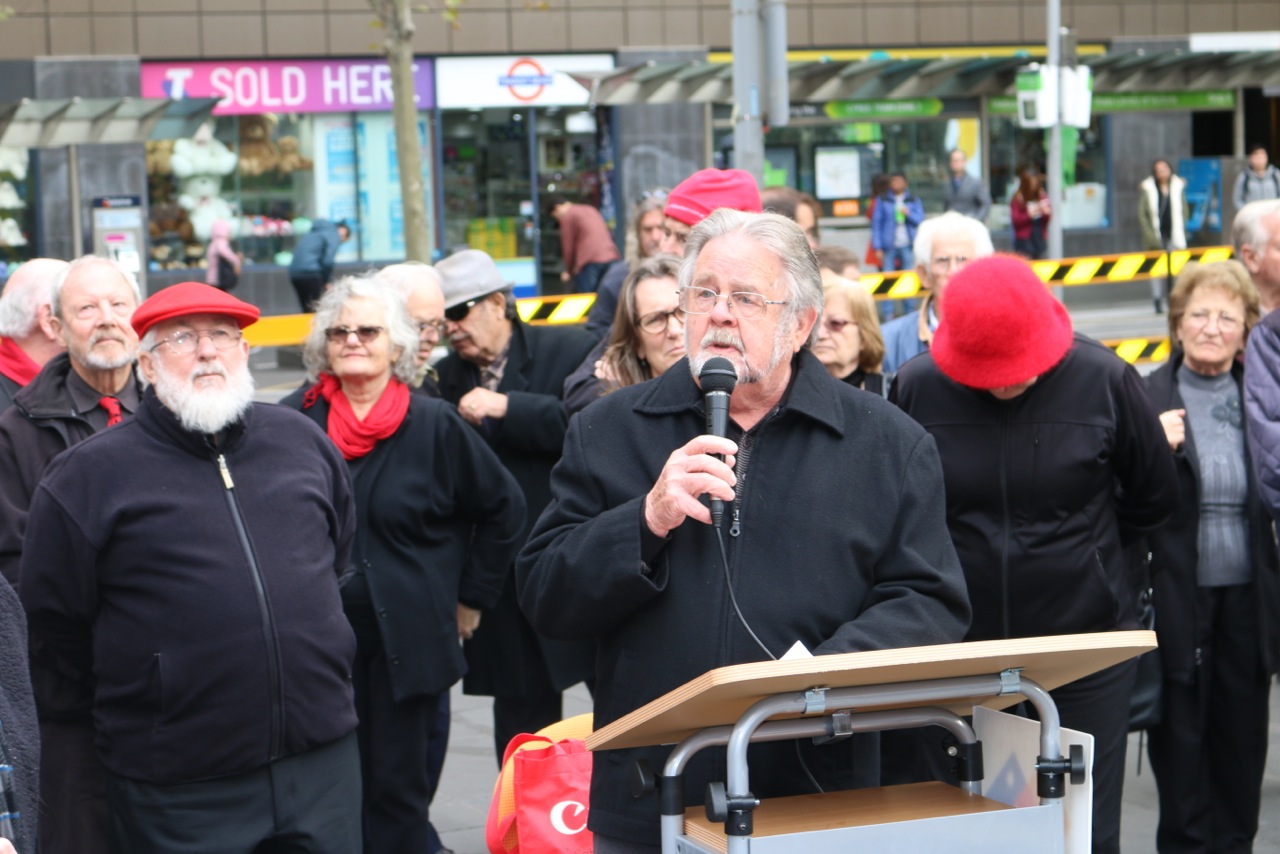 On a recent visit to Canberra, Liberal Ministers did not keep appointments and instead sent their staffers in their place who were “difficult” and “had no concept of the plight of pensioners and were unable to appreciate that pensioners were living at or below the poverty line”.

The ALP yesterday pledged to implement a major review of aged care funding formulas and services, including a workforce strategy to help older Australians who want employment.

But it has not promised to reverse the Coalition’s $1.2 billion cut from aged care by restricting access to complex care in nursing homes.

And Labor disappointed FGFP by agreeing to controversial pension changes to the assest test threshold which will see many better-off  pensioners have their payments cut back.

Mr Cherry called on Labor to instead have a major  inquiry before  making any change to pensions.

Despite the rally’s serious themes, the mood of the crowd outside the State Library of Victoria was upbeat, with the Victorian Trades Hall Choir performing .

As the rally came to a close and many shouted in agreement that they would continue their fight, everyone joined the choir in singing Solidarity Forever.