AMWU members at train manufacturer Alstom are getting into the seasonal spirit during a quiet period between contracts by devoting their skills to repairing Ballarat community assets including schools and hostels.

They have started work on two Uniting Care accommodation centres and the Ballarat Secondary College, with repairs to school equipment and some new items being fabricated at Alstom and Ballarat Group Training (BGT).

Six of the senior tradesmen and AMWU members have also volunteered to mentor young people in various trades to help them complete their apprenticeships with local firms and non-profit provider BGT. 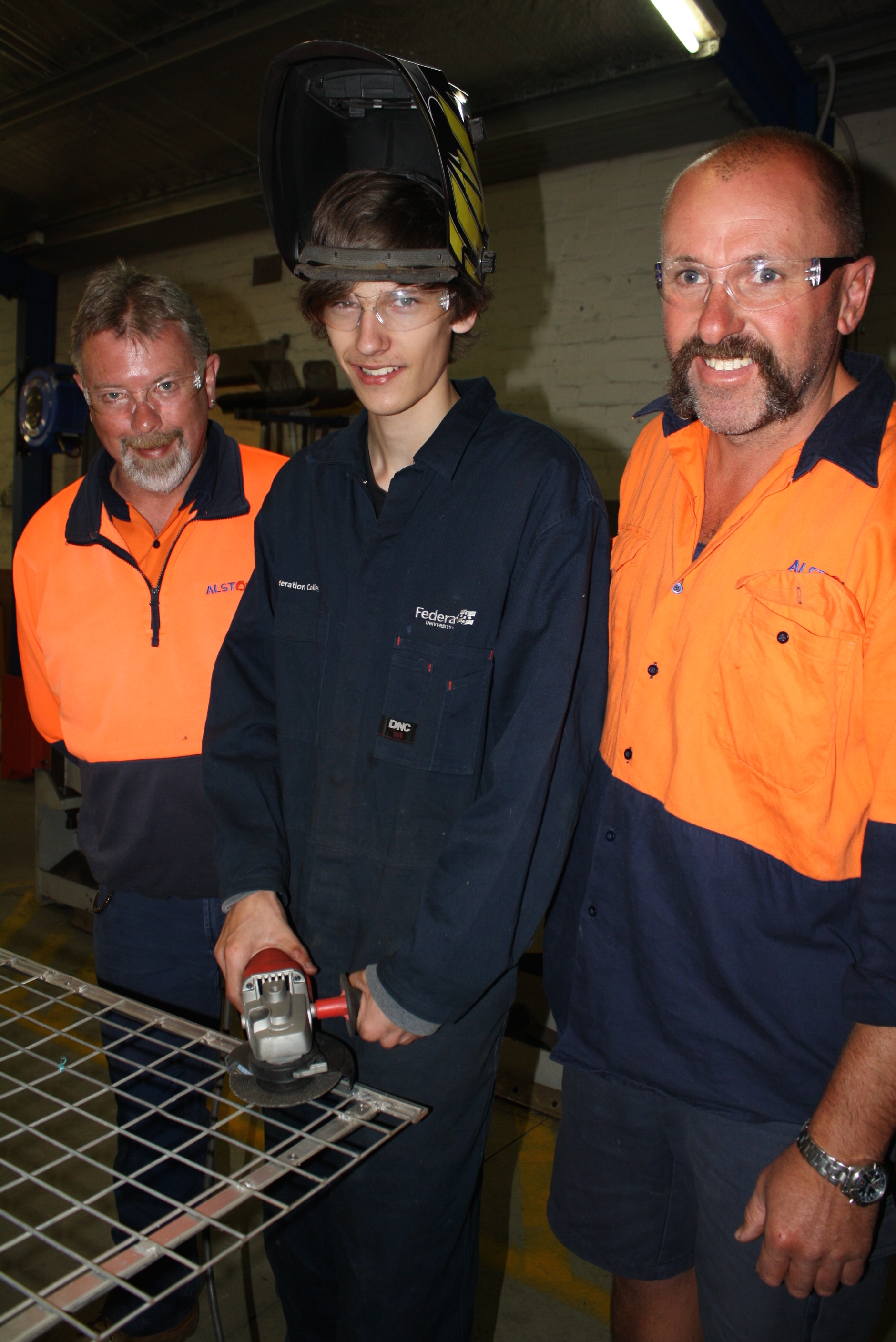 Our union worked with Alstom management to reach out to community groups while  the 45 workers on the shop floor have a gap period between Victorian Government  contracts to outfit new  X’Trapolis suburban trains.

Activity on-site will not ramp up to full production again until mid-2016 when  assembly of five new sets of X’Trapolis trains begins.

The bigger hope for Ballarat is that a syndicate including Alstom succeeds in winning  the $1.3 billion contract for 37 high-capacity metro trains, promising full train  manufacturing and dozens of new long-term jobs.

AMWU delegate David Armstrong said in the meantime, members had been cleared  by Alstom to work on a long list of maintenance tasks at two school campuses and  two Uniting Care properties.

There’s painting to do at drug withdrawal centre, Tabor House, and doors and stairs  to mend at the sprawling, historic Reid’s Guest House.

It’s given our AMWU members a close-up look at how disadvantaged members of the  community are doing it tough.

“It’s not building trains, but it’s good to be helping out,” said AMWU member Ross  Beckerleg while fixing door locks at Reid’s. 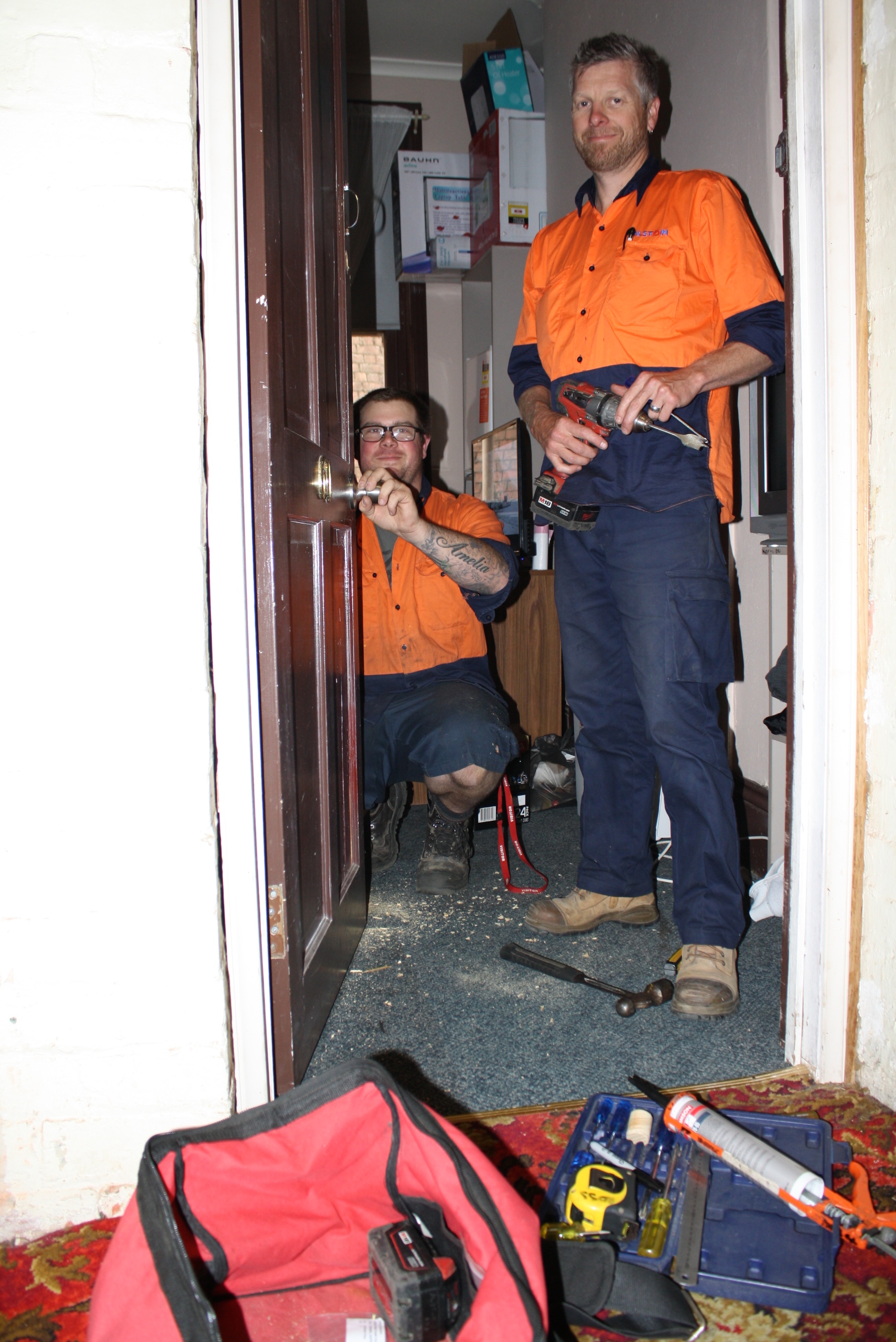 Alstom have also agreed that workers can use its rail workshops to overhaul Ballarat  Secondary College’s mechanised grass slasher, plus fabricate a trailer bicycle rack  and portable stages for school drama classes.

Metals apprentices at Ballarat Group Training’s workshop will get some real-world  practice by repairing school property, starting with the grills on the gym windows.

David Armstrong and Alstom’s site supervisor Peter Walls are among AMWU  members to have done a mentoring course with BGT and met local employers so  they can each help a local apprentice.

“I thought it would be good for the union to get together with BGT because we want  to help out, it’s hard to get an apprenticeship and only 40 per cent are able to finish  their apprenticeships. We want to help lift that rate,” Mr Armstrong said.

“We’re available to be paired up with the young people, to hopefully use our  experience. If we can give them some advice to get through their apprenticeship it  will be very satisfying.”

Help crew: AMWU members Mick Torpy and Ashley Mabbit (below left) take to the cherry picker to prepare the secondary college gym wall for painting. Trusted mentor: (below right) David Armstrong with the apprentice he is assisting, Mick Birch. 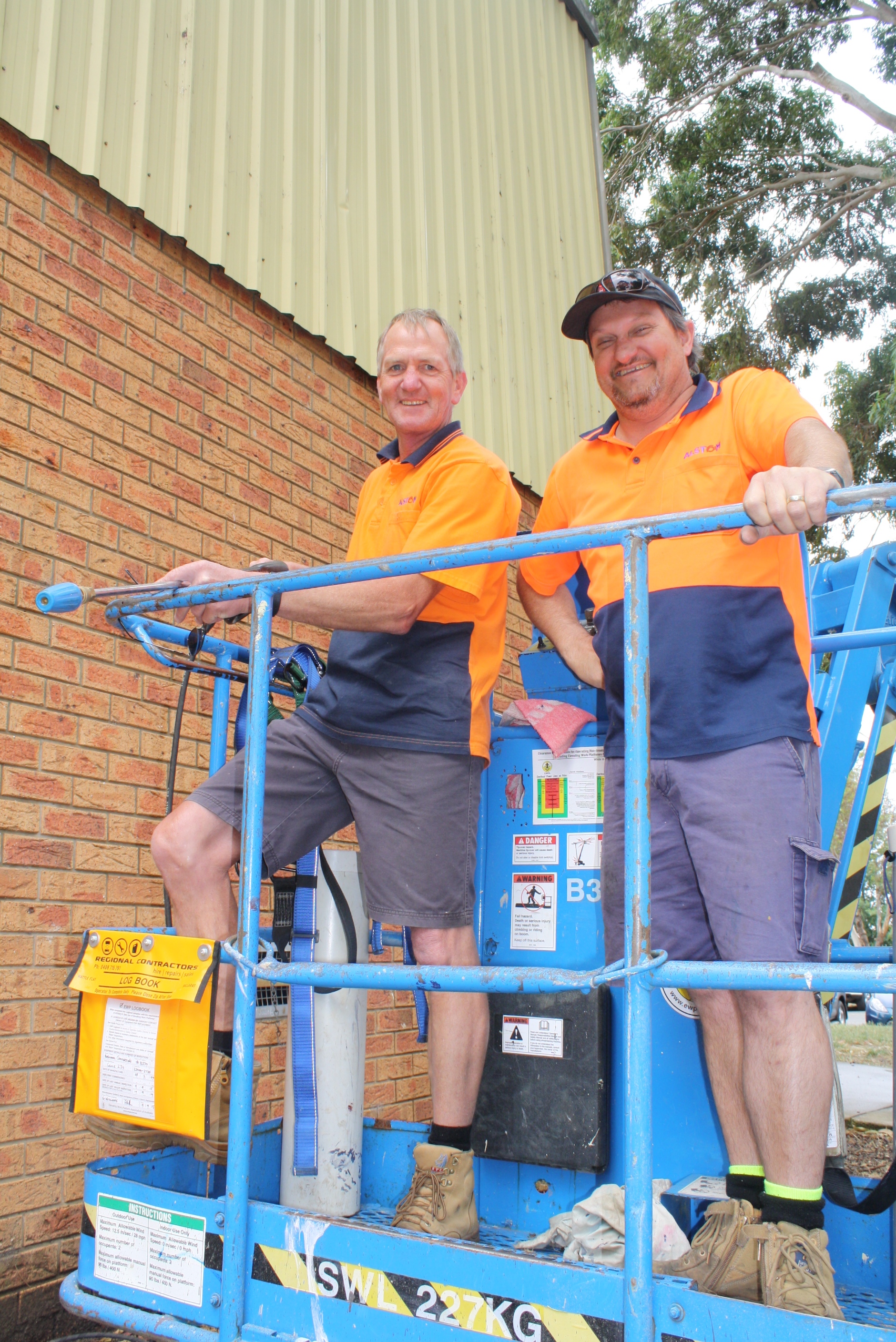 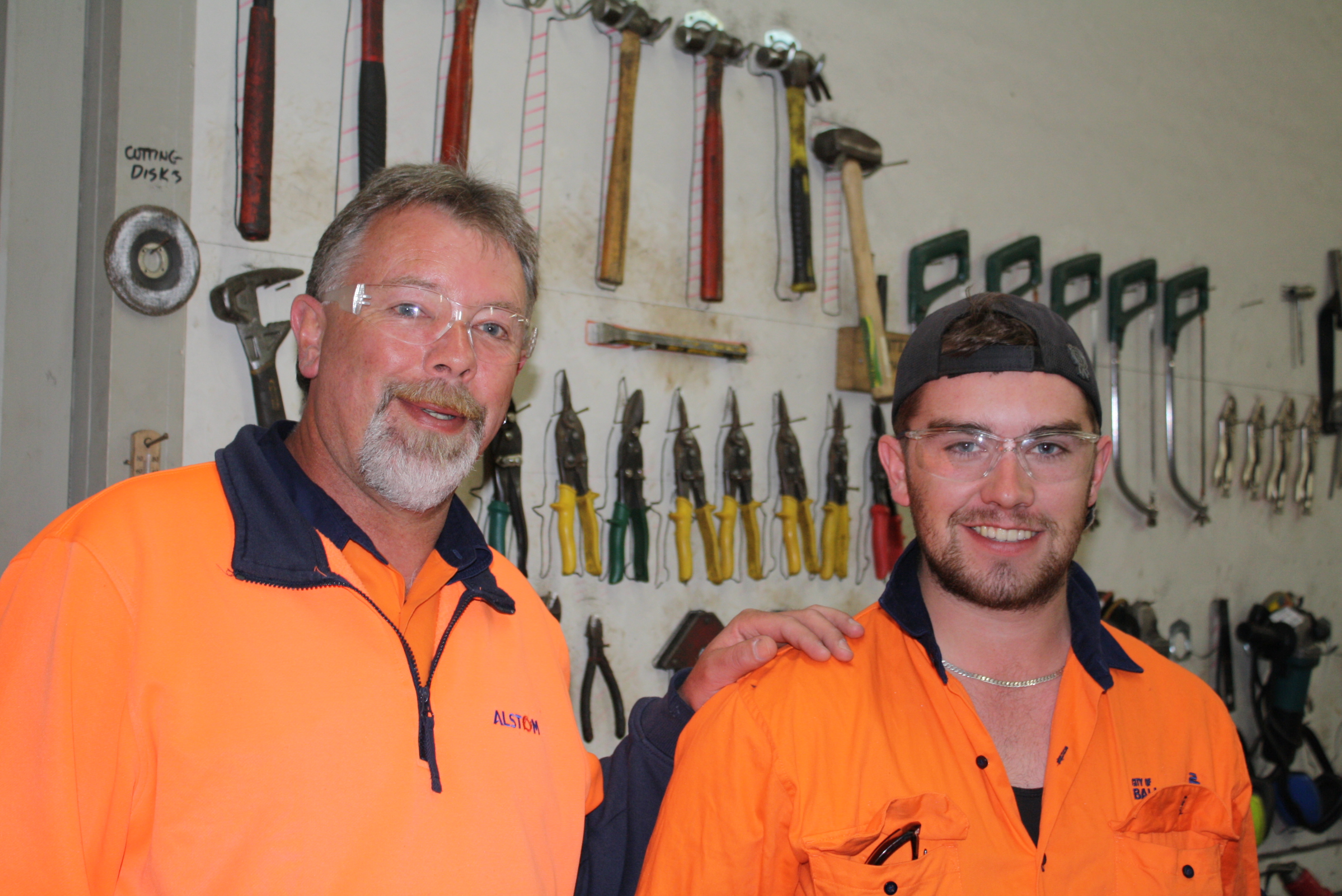