There was no slowing down Dance of Heroes when it quick-stepped home to win at Rosehill in the AMWU - National Handicap, our annual sponsorship event for the fight against asbestos.

Nearly 600 people were in the pavillion last Saturday for the gala race day in Sydney, organised by those heroes from the Asbestos Diseases Foundation of Australia who do so much to fight for a fair deal for victims of the industrial carcinogen and to aid medical research. 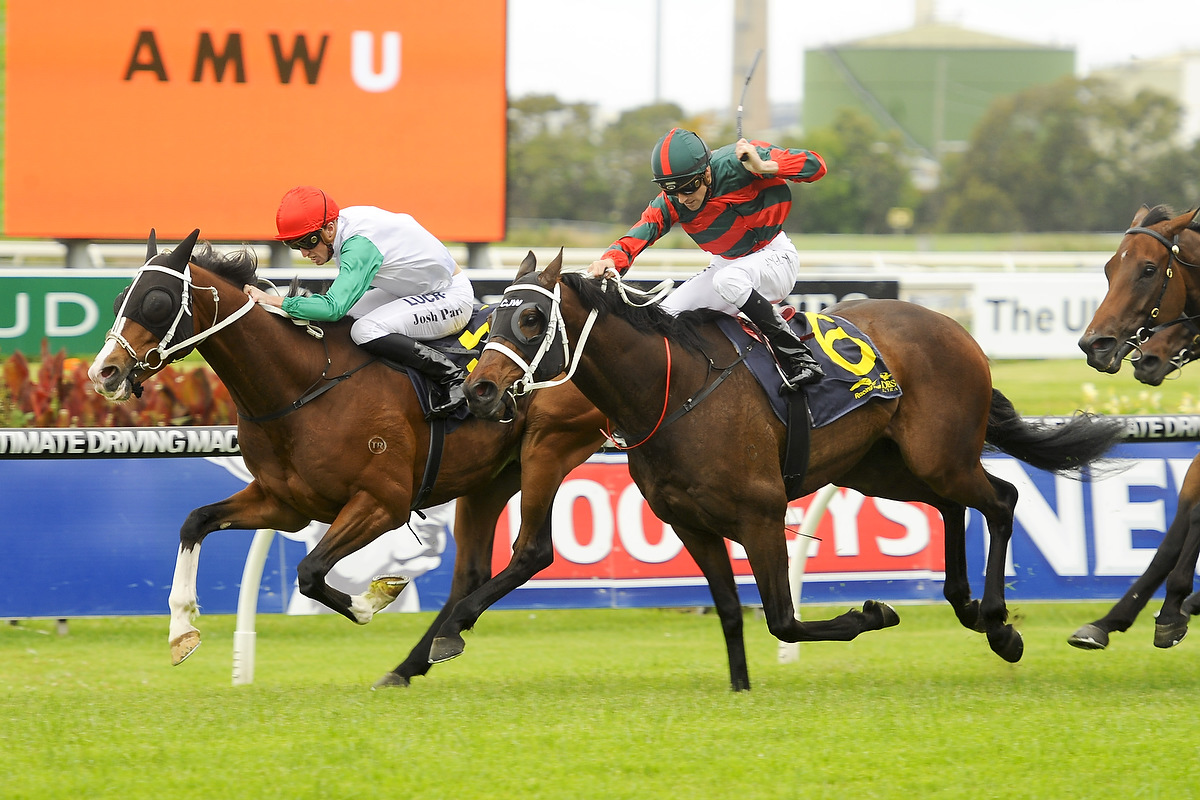 The British bay gelding Dance of Heroes (above, left) nosed out Quick Strike, (right) whose action was not quick enough as the horses strode past the AMWU logo emblazoned on the winning post screens.

The race was broadcast across Australia and Asia.

The AMWU shares sponsorship of a race as part of the Foundation’s major annual  funding effort, which is expected to raise about $50,000.

Proceeds  help the Foundation meet the cost of a researcher position in the Asbestos Diseases Research Institute at Sydney’s Concord Hospital and helps provide it with administration funds.

ADFA Chairman Barry Robson said our union’s help meant the Foundation was financially able to  keep highlighting scandals such as the possibility of counterfeit Toyota brake parts, made of asbestos, being brought into Australia.

“The race day was another great event, made possible by sponsors like the AMWU every year,” Mr Robson said. 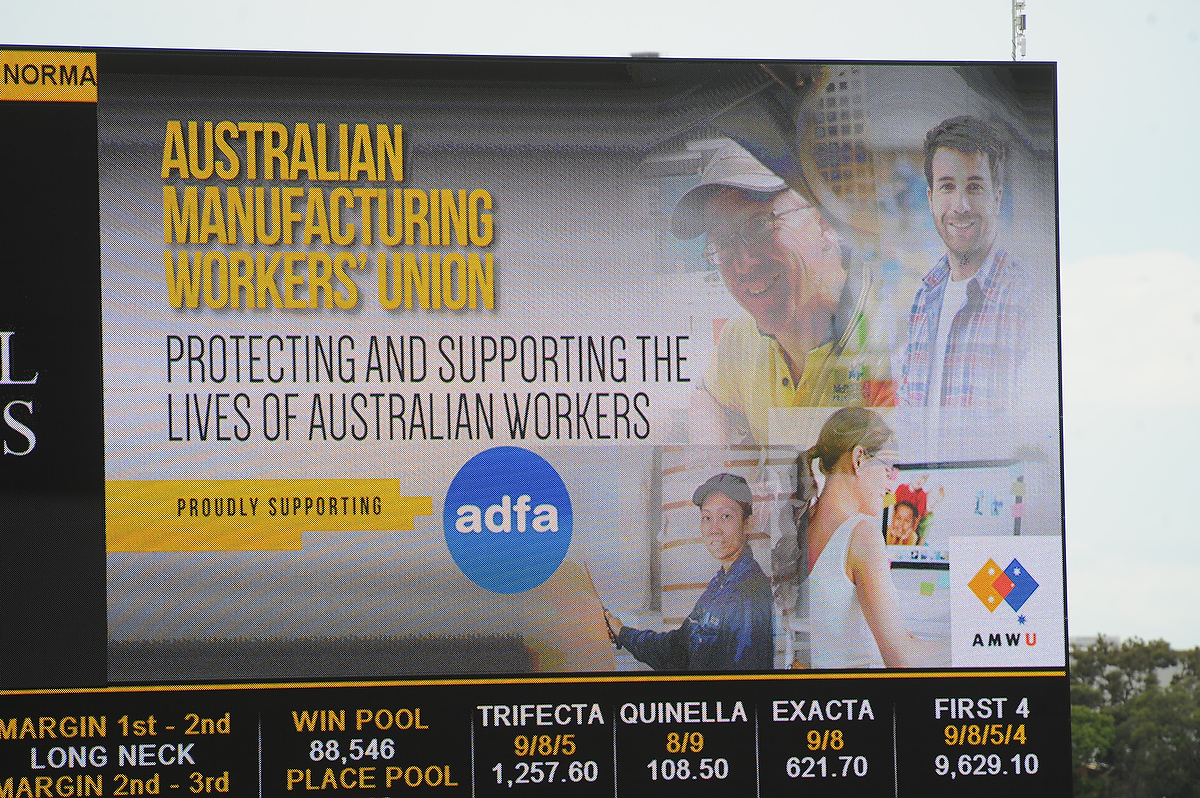 AMWU organiser Thomas Addy told the audience at Rosehill on Saturday that the union was proud of its long and continuing partnership with the Foundation, which has helped many past members who worked in factories and workshops where asbestos was to cause severe disease later in life.

He said the union always took the threat of asbestos seriously, particularly as products containing the deadly substance were still turning up regularly in Australian workplaces . 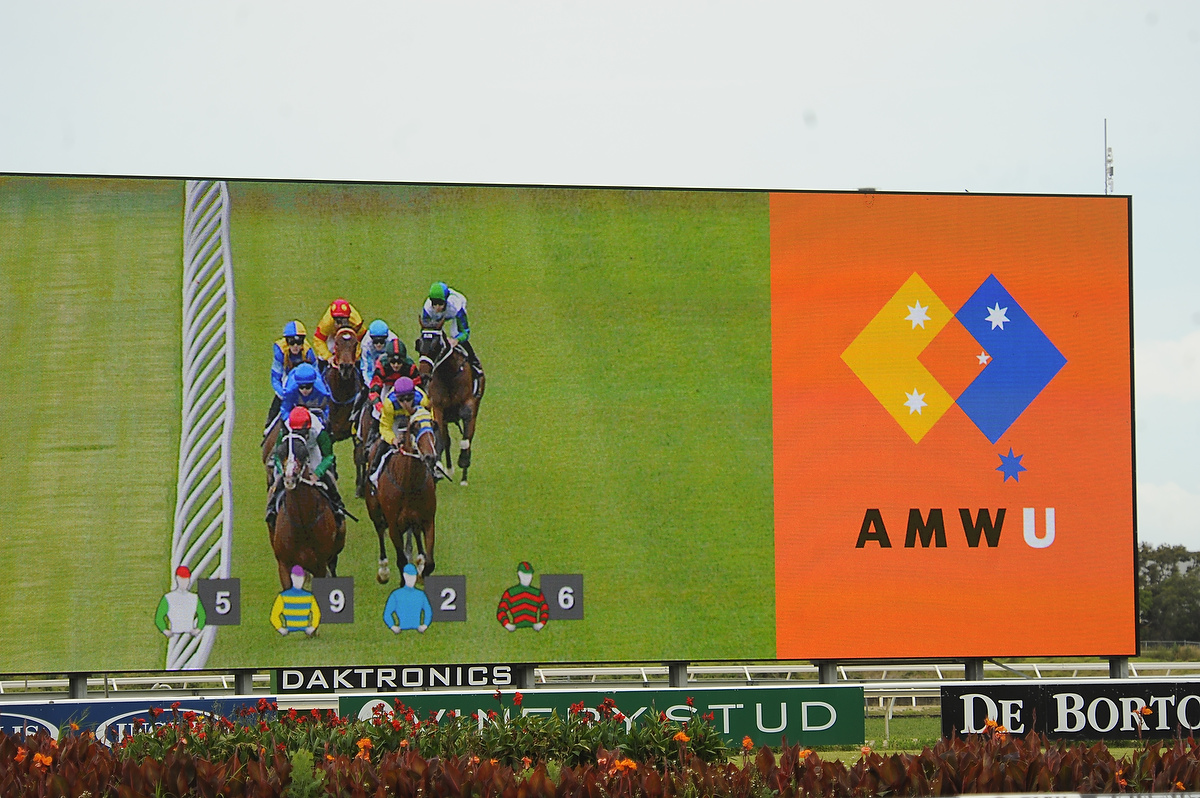