They are highly skilled, reliable and resourceful. They are always there when we need them, dedicated to their craft and motorists in need. And now our 80 RAC Patrol members can add sticking together to win a solid new Enterprise Agreement to their bag of tricks, as it was voted up today 51-22 after nine months of tough negotiation. 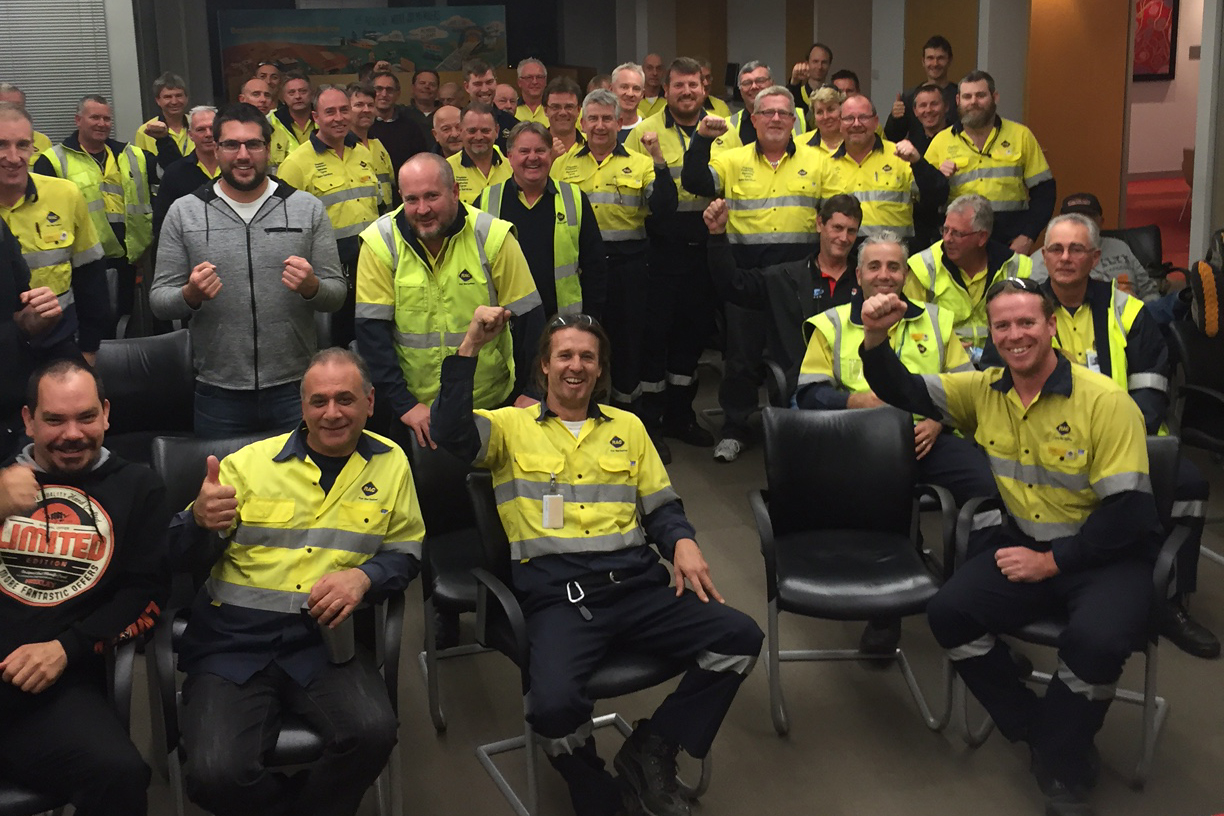 The breakthrough came when protected industrial action was endorsed by a large majority, and even though it wasn’t taken, it was the catalyst that demonstrated our members’ willingness to fight for a fair deal.

On pay, Daniel said the team pushed hard and was satisfied if not thrilled by the 1.5 per cent annual wage increase in the current tough WA negotiating environment.

“We showed that we are a strong union workforce. We achieved certainty even if it was less than what we would have liked,” he said.

“Their line was 1.5 per cent and they stuck to their guns, but we were able to get some guarantees that roster changes wouldn’t leave workers worse off financially and penalty rates would be preserved for the life of the agreement.”

Daniel said the workforce was pleased to get bargaining out of the way and could now concentrate on doing their jobs: helping vulnerable members and getting RAC members back on the road.

“The type of people we have working here are selfless people and we stick together. It’s a really rewarding environment where you can help people every day.”