Union OH&S rep Haromi 'Pepe' Jones has been awarded the AMWU's Helen Davis Award for her work in ensuring a safe workplace for her colleagues in the food industry.

Mrs Jones is a wrapping machine operator at Darrel Lea confectionary in outer Sydney, a famous company which has been through tumultuous times over the past few years under new owners.

She has become heavily involved in making sure that the new machinery installed in the company’s newly-renovated factory in Ingleburn meets all safety standards and that management cuts no corners so that production is safe for workers.

The Helen Davis Award is presented once each three years in memory of the legendary unionist (1938-2012) who overcame personal difficulties including domestic violence early in her life to become an AMWU factory delegate, then the union’s first female organiser and later a municipal Mayor. 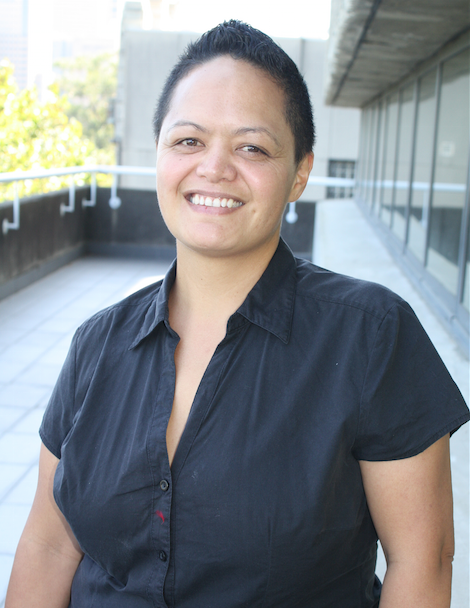 The award recipient attends the AMWU’s State Conference (NSW for Mrs  Jones) and the National  Conference, held every third year, to gain an  insight on how  union  democracy works  in major decision-making  forums.

“I don’t know how Helen Davis did it with her family life outside work  while dealing with the challenges she faced in a male-controlled world of  work,”said Mrs Jones, who is popularly known as Pepe.

“She  was a real action woman, definitely inspiring.”

Mrs Jones expanded her role as an AMWU health and safety rep beyond  the workplace, encouraging her workmates to enjoy being fit and  healthy by joining activities including the Campbelltown Fun Run.

At Christmas time she organised a $5 voucher on pay slips, which  workers donated to a local womens refuge and provided 18 mums there  with quality gifts.

‘Pepe’ Jones, originally from New Zealand, trained as a chef in the  notoriously tough restaurant trade and during her apprenticeship was  selected for a women’s mentoring program.

Safety in the kitchen has translated to the factory floor.

She’s not backward in putting pressure on bosses to ensure all risk  assessments are done and standard operating procedures on machinery  adhered to, as she wants to make sure everyone goes home safely to  their families.

“I’m always making sure people feel safe in their environment,” she  said. “I point out any potential problems and if that might be seen as  being a pain to bosses, it’s essential. I’m not going away.”

The Quinn family, which took over Darrell Lea, have moved operations to  the Ingleburn facility.

Mrs Jones represents members on 17 specialised machine lines that  shape chocolate and liquorish products, with the company set to expand  and bring in more.

“The Helen Davis Award is an honour, I want to feel empowered as a woman in the workforce and feel I can help others,” she  said.

“I want to have the knowledge, strength and confidence to approach my union role in a professional way and not to be taken for granted or underestimated by management.