The AMWU has cautiously welcomed the decision to build Offshore Patrol Vessels as a solid win for members.

The Federal Government’s $3 billion announcement  that an initial group of Offshore Patrol Vessels will be built in South Australia from 2018 could secure the continuous navy build plan the AMWU has been urging on governments for the past two  years.

AMWU Assistant National secretary Glenn Thompson said the announcement was a victory for members who campaigned on lost manufacturing jobs in vulnerable Coalition seats in South Australia, where the Coalition Government had provoked Holden to leave.

“Of course, we are happy that the Federal Government has been persuaded to accept our view that the OPVs need to be built in an Australian shipyard, to provide a continuous build, though the decision is far too late for too many workers,” he said.

“The announcement is bitter sweet for our 1800 shipbuilders who have lost their jobs across Australia since the Coalition came to power in 2013.”

The build of 12 Offshore Patrol vessels will partly cover the production gap at ASC in Adelaide between finishing the air warfare destroyers in 2018 and starting the future frigate project from 2020. From 2020 the remaining OPVs would be built in Perth, by Austal. 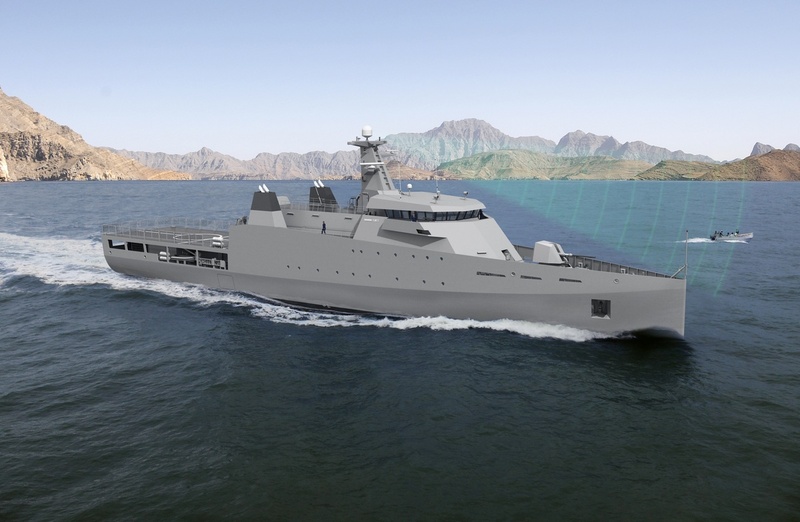 Contender: Dutch shipmaker Damen is one of the three contenders for the OPV contract, along with Fassmer-TKMS and Lurssen from Germany.

But Mr Thompson said the OPV build in Adelaide would still not generate sufficient work at ASC to prevent many more redundancies among the 1400 workers presently finishing the destroyers.

“What they need, what the country needs, is an unconditional guarantee by both sides of politics that the $50 billion build of 12 future submarines will be done totally in Australia and we are yet to hear that from the Turnbull Government,” he said.

“There are 800 jobs on the line in Adelaide alone and if Malcolm Turnbull wants to give confidence to skilled workers and the defence industry right across Australia, he must take the option of an overseas or hybrid build right off the table, right now.”

ASC shipbuilding delegate Glen Dallimore said workers heard the OPV announcement with “cautious optimism” but were wary based on past political promises, such as the Coalition’s pre-2013 commitment to build the subs in Adelaide.

“It’s a pre-election promise, we’ve had them before from politicians and there’s no signatures and no contracts as yet,” he said.

“We know that we have to keep up the pressure, the momentum, because things can go pear-shaped so easily and we’ve only got this far because of the union’s pressure.

“The valley of death is an ongoing reality here – we have redundancies every quarter on the AWD’s but the Offshore Patrol Vessels would keep the yard going, if that comes off.”

ASC delegate on submarines, Andy Daniels, said a maintenance gap in 2018 on the Collins-class subs would likely mean redundancies unless there was a definitive decision on the 12 future subs.

“We need an announcement that the subs will be built in South Australia, without any qualifications – that would make the big difference,” he said.