No surrender on Caterpillar jobs

The AMWU is urging Tasmania’s Hodgman Government not to meekly run up the white flag on 280 jobs and instead make the case to Caterpillar to reconsider offshoring production of mining vehicles from the state’s northwest.

Union State Secretary John Short said the lower, competitive Australian dollar combined with almost halving of production costs at the Burnie plant made a rock-solid case for the State Liberal Government to put to Cat’s global bosses in the US.

“The community have to show Caterpillar we can’t afford to just accept this,” he said.

“The impact of closure would go beyond Caterpillar because for every job, there are another 2.5 jobs in reliant suppliers across northern Tasmania –  thousands of households would be affected if this goes through.”

Caterpillar plans to transfer assembly of heavy mining vehicles from Burnie to Thailand over 2015, with fabrication to follow next year, leaving only 100 jobs in sales and product development.

Mr Short is due to talk to Caterpillar’s local management on re-training options, refresher courses, bridging courses and Recognition of Prior Learning after meeting our 40 members this week.

He said guaranteeing security of all existing entitlements for members is a top union priority, looming as an issue if another firm were to use the production site to keep making Cat parts.

AMWU delegate Larry Lee said it also made sense for management to offer full redundancy for any worker wanting to leave in the interim, before shut-down.

“People have given their guts to make sure the quality and cost in Burnie are better than the Thailand plant and this is what they get from Caterpillar global headquarters,” he said.

“We gave up a paid lunch break, used up our leave for forced shutdowns and worked nine-day fortnights, so the company owes this community something better.”

The AMWU will liaise with local authorities on a public rally within weeks to show the strength of community feeling.

The union is part of a Taskforce formed to deal with transition for Burnie workers if Caterpillar goes.

He called on both Liberal MPs to persuade their Abbott Government allies to devote some of the hundreds of millions of dollars it plans to save from the $900 million Automotive Transformation Scheme to helping parts suppliers in northern Tasmania.

“Tasmania also has to get serious about prioritising local procurement on state projects and orders, we’ve been let down by State Governments of both colours,” he said. 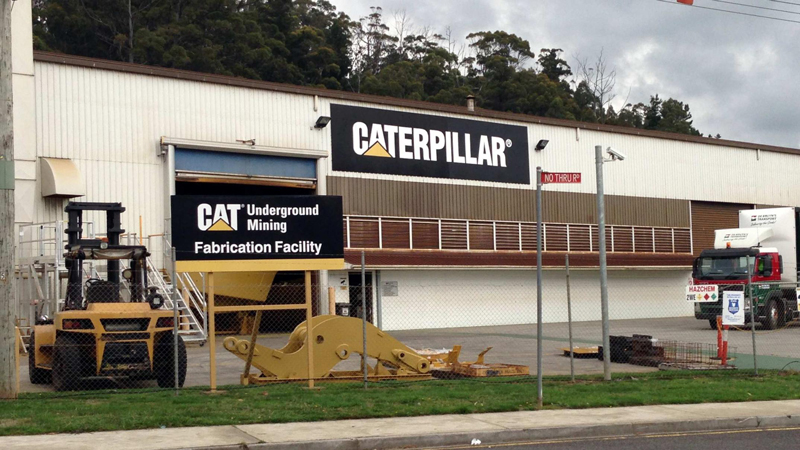