The Australian Manufacturing Workers Union is calling on Nissan to redeploy all workers affected by the recent announcement that their Dandenong parts warehouse will close in October.

The AMWU and union shop stewards at Nissan have slammed the company for the sudden announcement, which comes less than three months after Nissan announced that it would continue manufacturing parts for Nissan cars “well beyond 2020.” 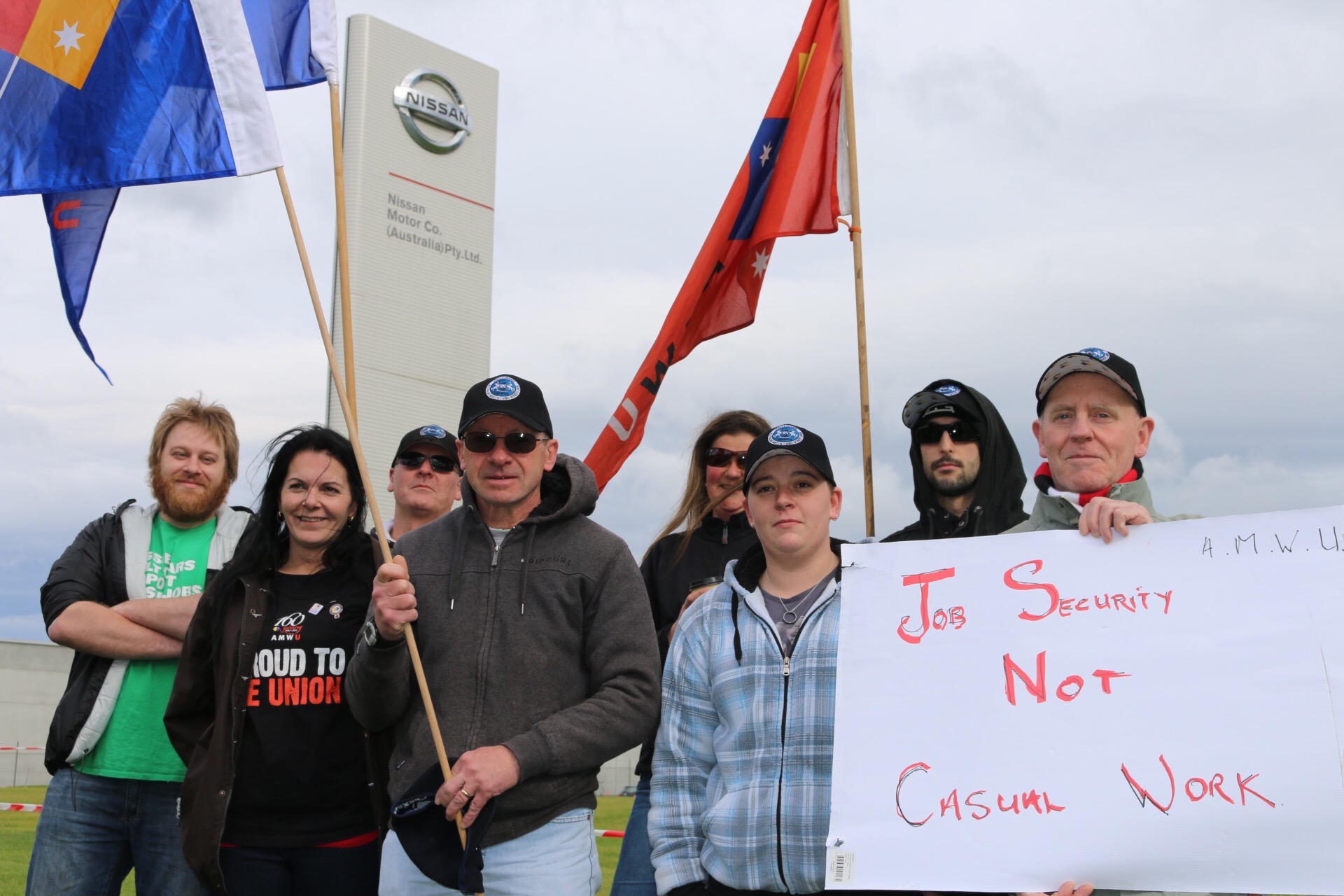 Nissan workers protest the outsourcing of their jobs to casual labour

The announcement has mystified and angered the workers at the warehouse, following a statement from Nissan in April that demand for its parts around the world meant that it was actually expecting to recruit more workers to keep up with parts supply.

AMWU delegate Judi Blackwell spoke to numerous media outlets throughout the week, calling on Nissan to disclose the financial reasoning behind the decision and reconsider the closure.

AMWU members are outraged at the decision to outsource the warehousing to casual labour hire companies, and staged a rally on Saturday 11th July to protest the closure and job losses.

The union and union delegates are in talks with Nissan management to try and secure the future of the workers at the company’s Dandenong casting plant across the road. The union will be enforcing its rights under the Nissan agreement to push for the redeployment of as many workers as possible. 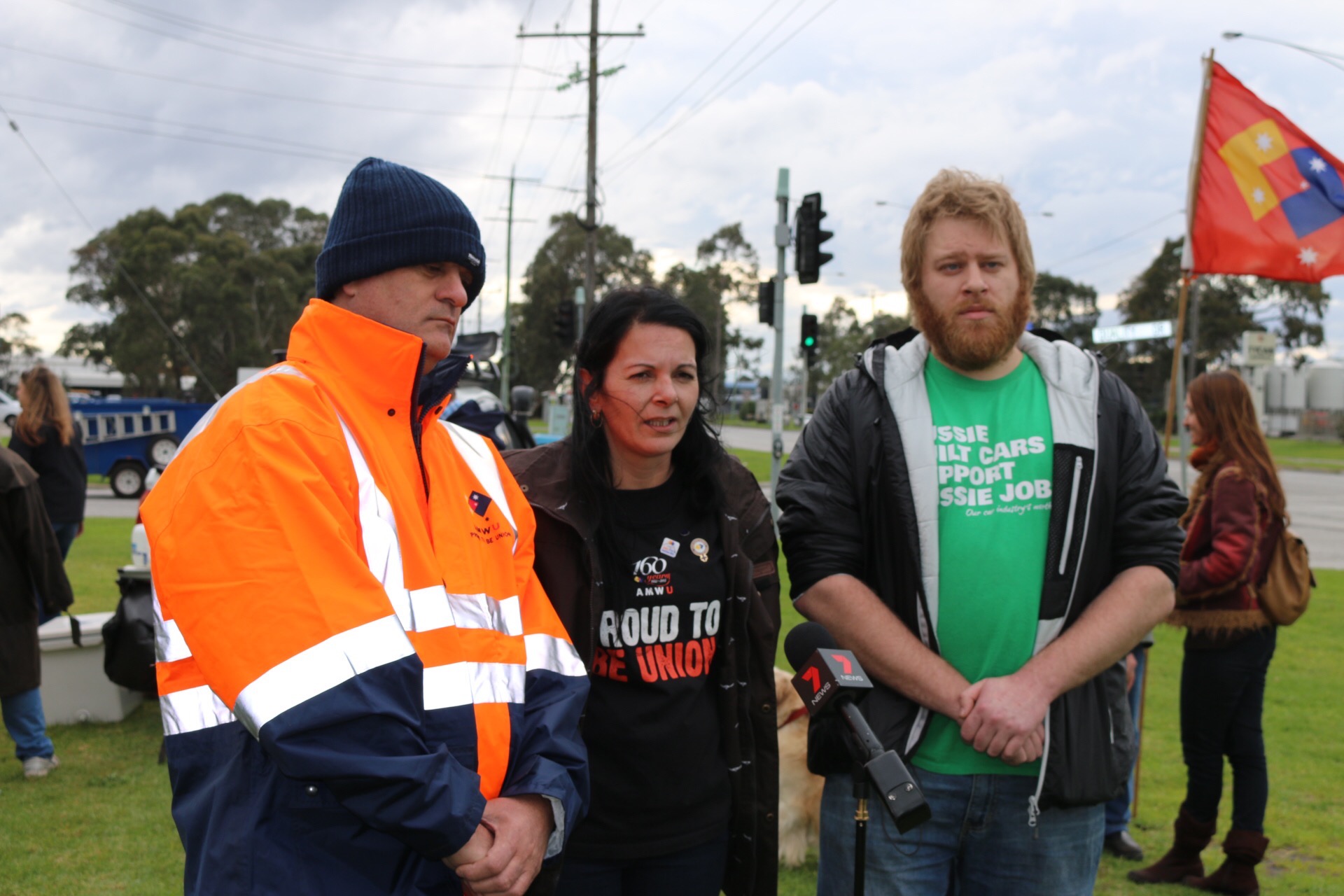 “This is a deeply disappointing move from Nissan, which will affect our members and their families in Dandenong,” said AMWU Assistant State Secretary (Vehicles) Paul Difelice.

“It comes at a time when the auto industry is suffering from the lack of proper stimulus from the Abbott Government and is likely to cause hardship to families in the high unemployment area of Dandenong and surrounds,” said Mr Difelice

The AMWU will continue to lobby the Federal Government to release funds from the Automotive Transformation Scheme to secure the long-term future of automotive parts manufacturers and suppliers. 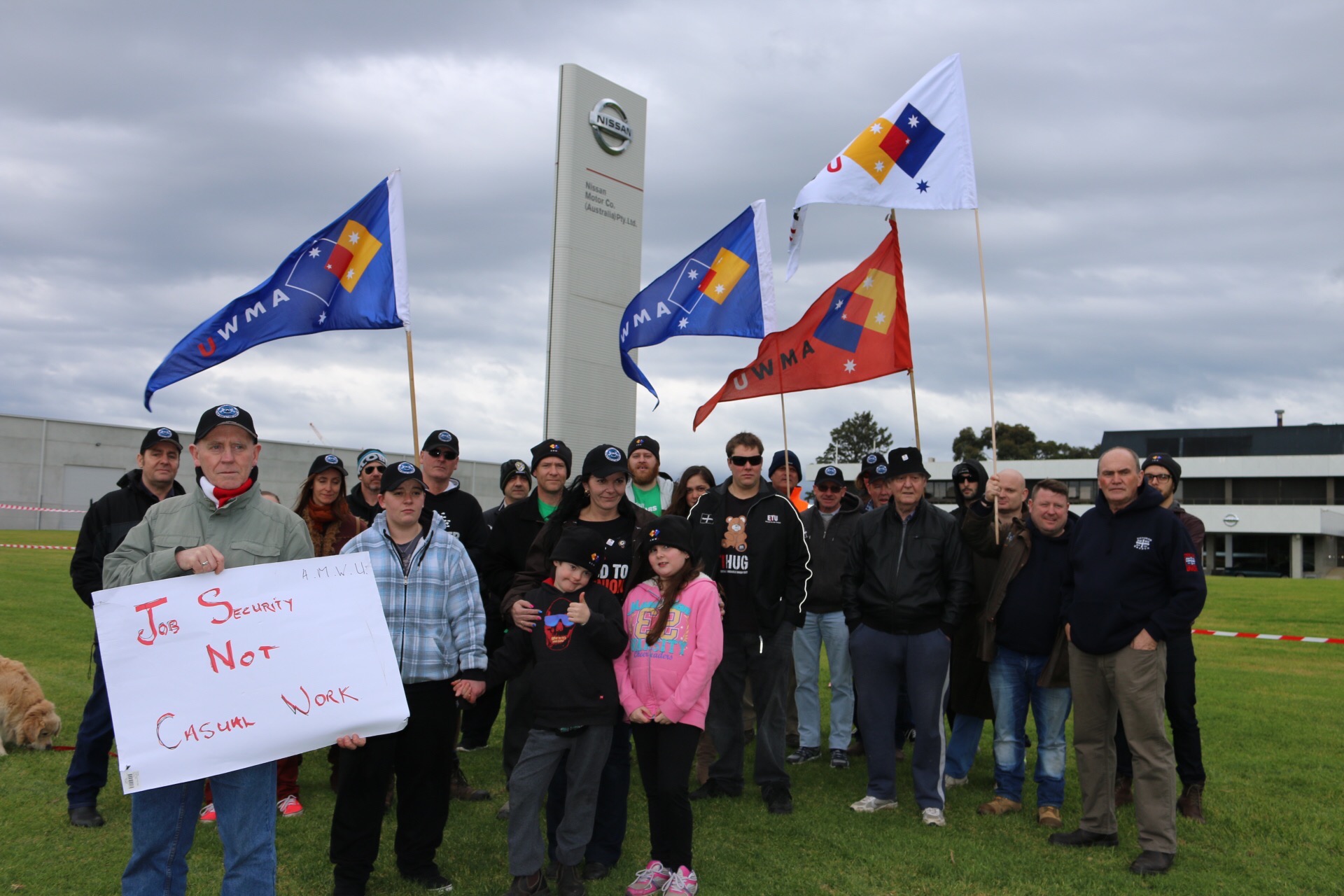