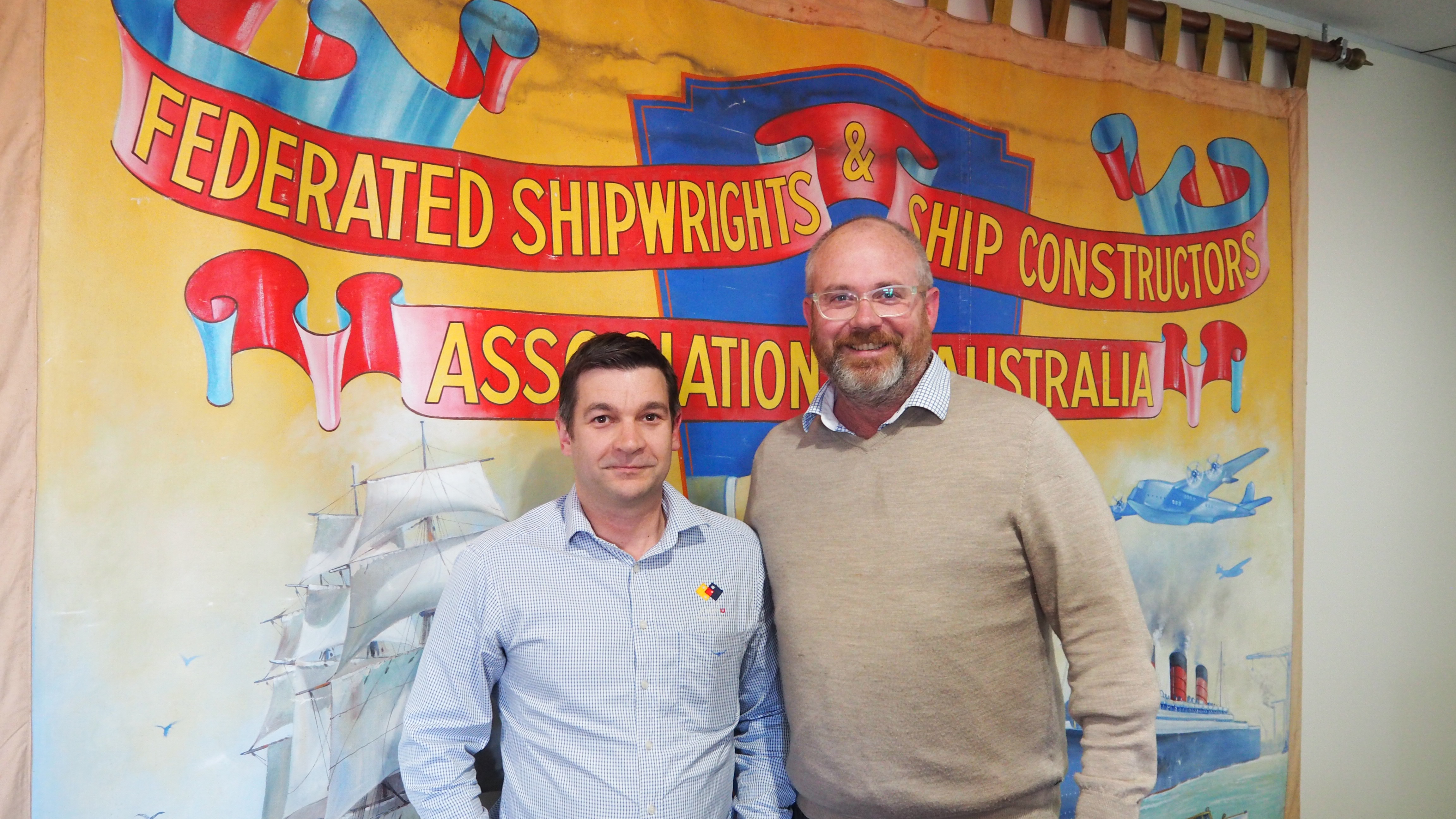 Steve Murphy has been elected by the AMWU NSW State Council as the new state secretary. The vote came after Tim Ayres’s preselection to become Labor’s candidate for the Senate.

In 1996 Steve started as an apprentice fitter at Tubemakers in Newcastle, now OneSteel. While still an apprentice, he became a delegate and a Health and Safety Representative in 1998. Two years later he was elected as the AMWU’s site representative.

“I first joined the union because I wanted the apprentices on my site to be treated better,” said Steve. “I was young, it was my first job, but I already knew that the union had my back.”

“In my years of organising, I’ve learned that there is no substitute for good delegates,” he said.  “Our union wins when members get active, when they start speaking up in meetings and when they take opportunities to lead in the workplace.”

Tim Ayres has been preselected to the Senate, and will be replacing former National AMWU Secretary Doug Cameron at the next Federal election.

“I’m really proud to have led the branch and worked with so many AMWU members: and smart and brave workplace delegates,” said Tim Ayres. “I’m really pleased to be leaving the NSW branch with such a strong, committed and smart set of organisers, staff and leaders.”

“I know Steve Murphy will make a great union secretary, and I look forward to working with all of you to fight for good jobs and decent living standards in my new role,” he said.

As State Secretary, Steve has said that his priority will be to rebuild the union. “We will create opportunities for rank and file members and delegates to shape the kind of union that our members value and workers want to join,” he said.

“I’ve always been proud to stand up and represent AMWU members,” said Steve. “I’m looking forward to working with you all. Together, we will build a strong and determined union that we are proud to ask our workmates and friends to join,” he said.