New rail contracts from the Victorian Government have sent a lifeline to local jobs in Ballarat.

The AMWU’s efforts at bolstering local train building are off to a good start in Victoria with the Andrews Government awarding some new work to Ballarat train maker Alstom.

Premier Dan Andrews visited the workshops this week to announce the State Government had ordered 30 new X’Trapolis train carriages for the Melbourne train network, to be outfitted by Alstom at a value of $75-$90 million.

The 30 new carriages will make up five new X’trapolis train sets and are set to provide assured work at Alstom Ballarat into 2016-17 after the last train in the existing contract is completed this August.

It signals the start of a roll out of 30 train sets and 20 new VLocity country carriages promised by Mr Andrews after consultations with the AMWU before the last state election. 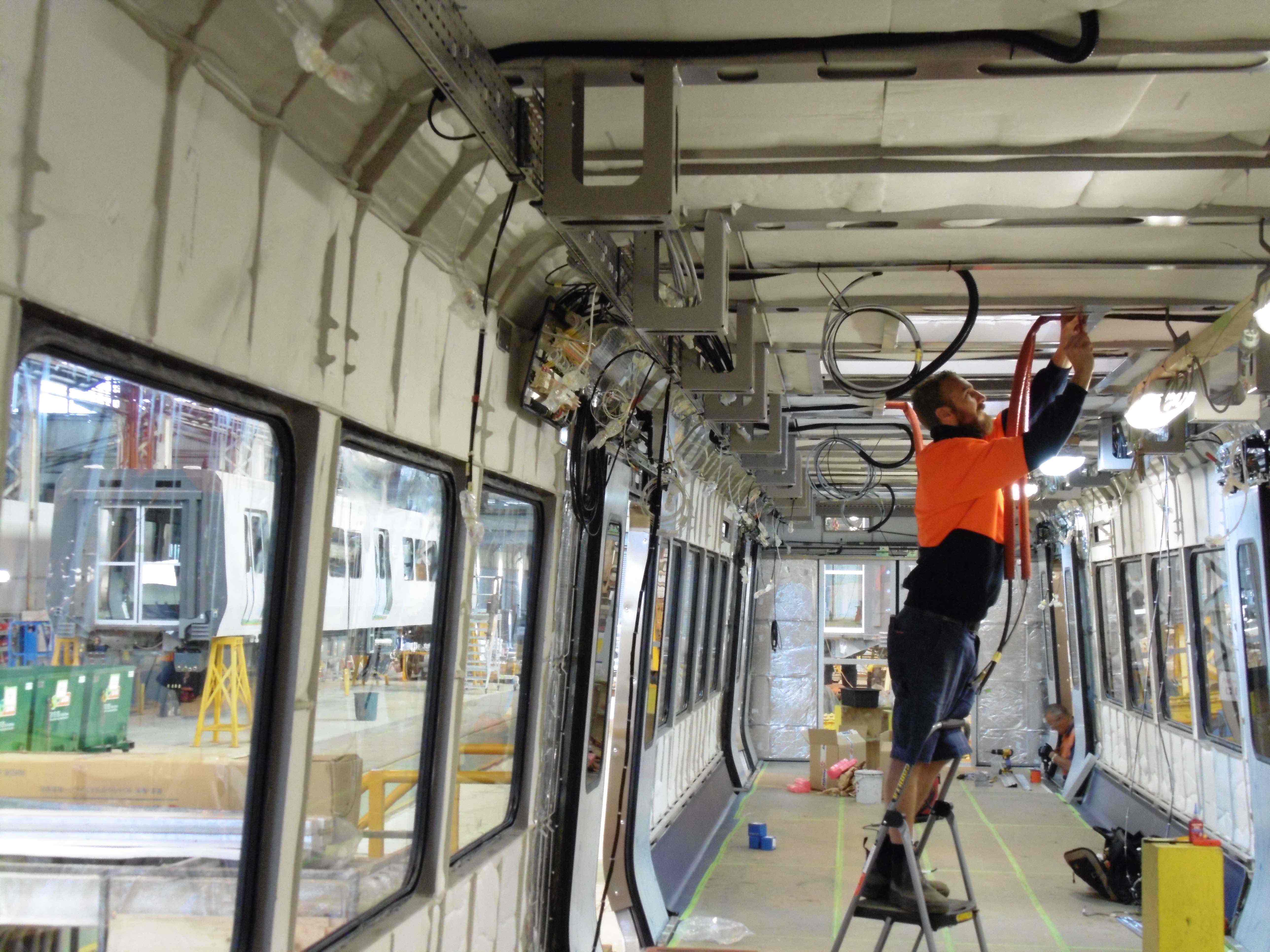 Hard at work fitting out the interiors of new Metro trains at Alstom, Ballarat.

“This is great news for our members at Alstom who had no set orders after this winter, it’s great new for the local economy,” said AMWU Victorian State Secretary Steve Dargavel.

“Our efforts putting the case for local procurement to grow local jobs are starting to pay off.”

“There is a need for a long-term rolling stock plan across Australia and we expect more announcements like today’s, which will end the past uncertainty from the ad hoc, state-by-state train production which has dogged companies and their workers,” Mr Dargavel said.

“We will try to ensure local content is maximised, beyond the promised 50 per cent.”

“We’re happy, but we hope there’s more for other rail industry workers in the Budget thanks to all the hard work done by the AMWU in talking with the Labor Government,” he said.

The Andrews Government is taking a second look at the Pakenham-Cranbourne rail extension project, which the former Coalition Government put on ice but had included an extra 25 new train sets valued at about $375 million.

The former government intended to allow those to be imported by a private syndicate which proposed the project but the possibility remains they could be built and outfitted locally by Alstom, Bombadier or UGL if the project is revived.