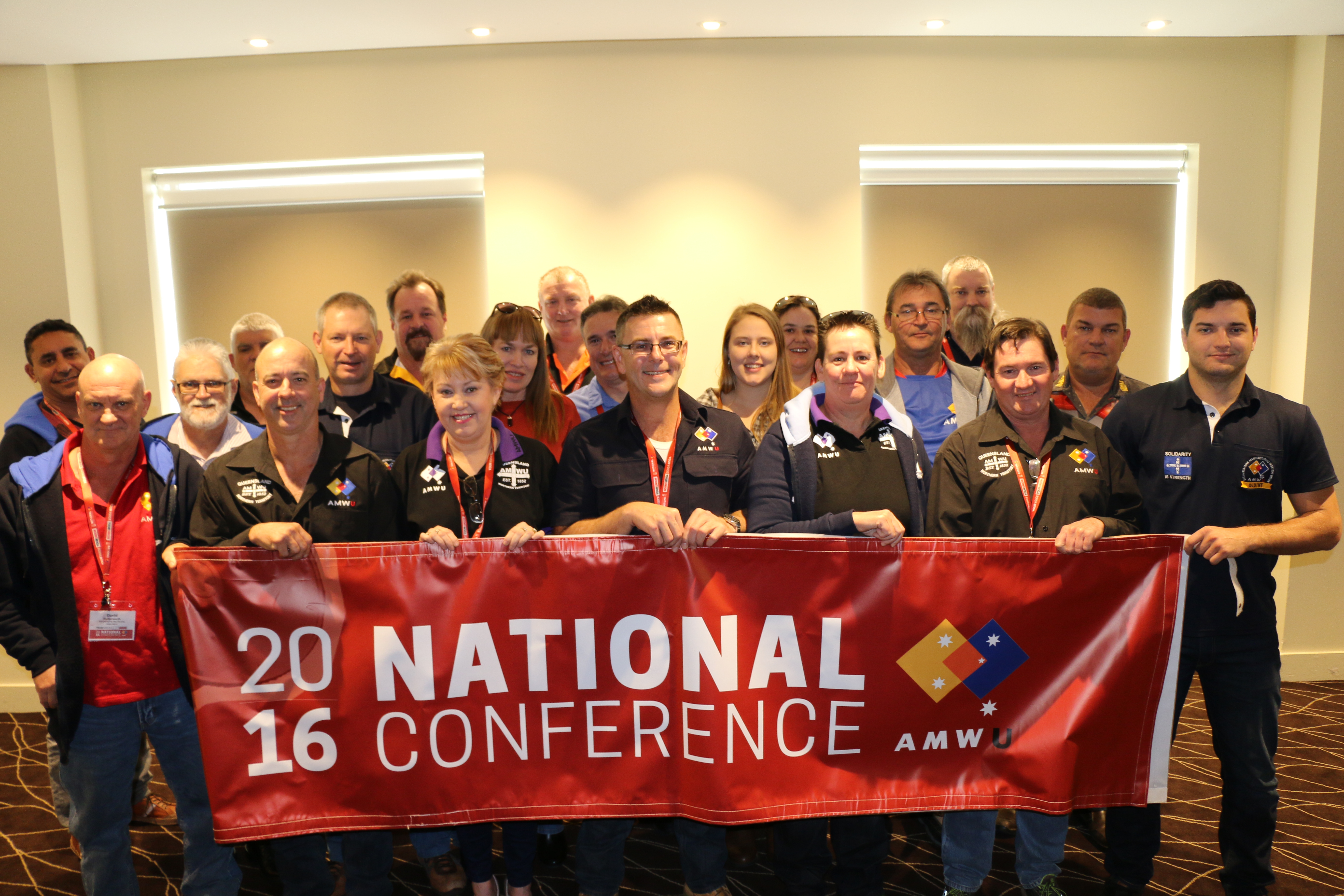 Last week, The AMWU held it's National Conference in Sydney.  One of the major resolutions to come out of this conference was "a new union". This resolution was unanimously endorsed in a push to reaffirm our union's commitment to moving forward as one voice, building bigger capacity, strength and bargaining capacity in light of likely amalgamations in the near future.

Many important resolutions were discussed and passed throughout the conference. Here is just a small snap shot into some of the topics on this year's agenda:

Congratulations to the QLD/NT delegation who made a huge contribution to this year's conference.

For more information about National Conference, please get in contact with your local workplace delegate or organiser.