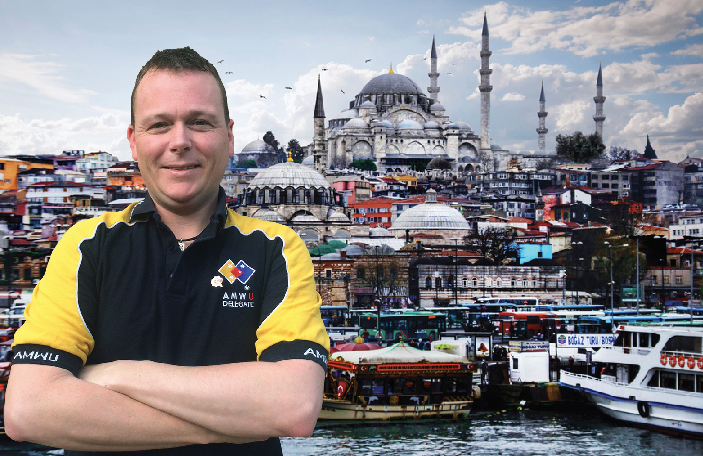 I’ve been a night shift delegate for three years and I was fortunate enough to have been selected to help represent our union overseas at an international printing meeting in Istanbul, Turkey.

It was the main four-yearly meeting of UNI Graphical and Packaging, the global peak union for over 800,000 workers in print. Our National Print Secretary Lorraine Cassin was unable to attend, so I went with our Victorian secretary Tony Piccolo on behalf of members. What an eye opener it was. I’m not an overseas traveler; I had to get a passport for the first time.

The conference theme was “Turning The Tide” by taking action to adapt to the wave of technical change, outsourcing and mergers of multinationals, which has hit working conditions.

We were among 110 delegates from all continents and what struck me was the good reasons for optimism. While newspapers and traditional print wind back in western nations, in many parts of the world print news is booming despite the internet. In India, they are ordering new presses and equipment.

The other big theme is the rapid growth worldwide in packaging print jobs, as people in those developing nations start spending their rising wealth in supermarkets, on packaged goods. That’s why united union support worldwide is now so important in making sure that workers in those nations can win the basic workplace rights, decent levels of pay and conditions, and decent safety that we have won in Australia. 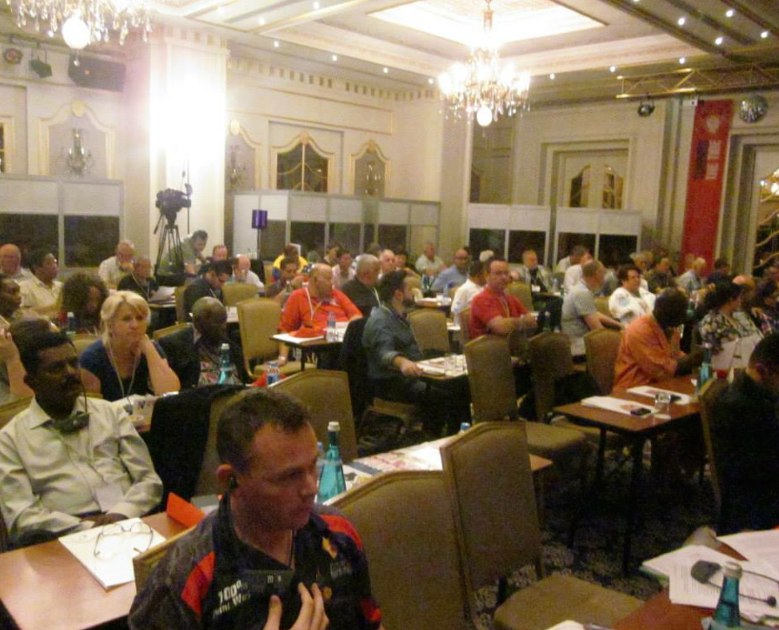 New comrades: Andrew among union delegates at the UNI Graphical and Packaging conference.

When we have multinationals like Carter Holt Harvey, News Limited, and Amcor, combined international action by unionists can bring real results. European pay rises sit around 2 per cent, comparable to ours, a bit lower perhaps. It’s Eastern Europe where workers really suffer long hours, low pay and the death rate at work is shockingly high.  We assisted a campaign against a Polish packaging company Smurfit Kappa that exploited its workers. Delegates banded together and all 110 of us emailed their top managers – international solidarity to make them understand they were being watched everywhere.

Lorraine Cassin was voted in as a UNI vice-president. It was clear from the way the President Tommy Andersson spoke about her just how respected Lorraine and the AMWU are. Tony Piccolo gave an overview of the Australian situation, politically and in our industry. 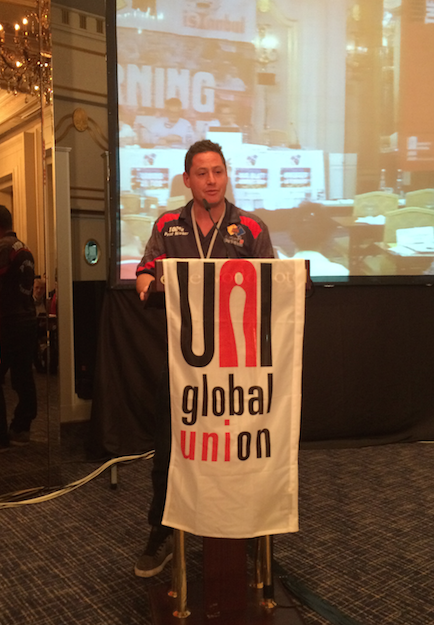 Tony and I proudly wore our identical AMWU shirts each day  and that branding really made a positive impression on the  other delegates. They’d joke that Tony and I were twins, but  also told us how important it was for morale to have unified,  consistent, strong symbols.  They wanted gear just like ours!

We stayed on as observers at the UNI European conference at  the same venue. Then we had a last few days in the city for  ourselves.

We walked the backstreets, through the housing developments,  had a close-up look at life in Istanbul. I won’t forget the little  kids, toddlers, begging on some streets. It capped off for me  how important it is for unionists to unite to defend workers and  raise living standards. It’s not only your site, your state, your  nation – it’s people everywhere we can help.