Plenty of goals will continue to be scored by the kids off the perfect playing pitches at Moura Rangers Football Club in Queensland thanks to AMWU members.

The local union branch, made up of 90 members at the Dawson coal mine, came to the rescue when the junior soccer club’s storage sheds were destroyed three  few months ago by a falling tree branch, leaving nowhere safe to put their mowers and line marking equipment.

The AMWU branch members are dedicated to regularly putting their hands in their pocket to help worthy local causes, but the soccer club was special as some of our members have children among the 40 juniors playing in teams from Under 7 upward. 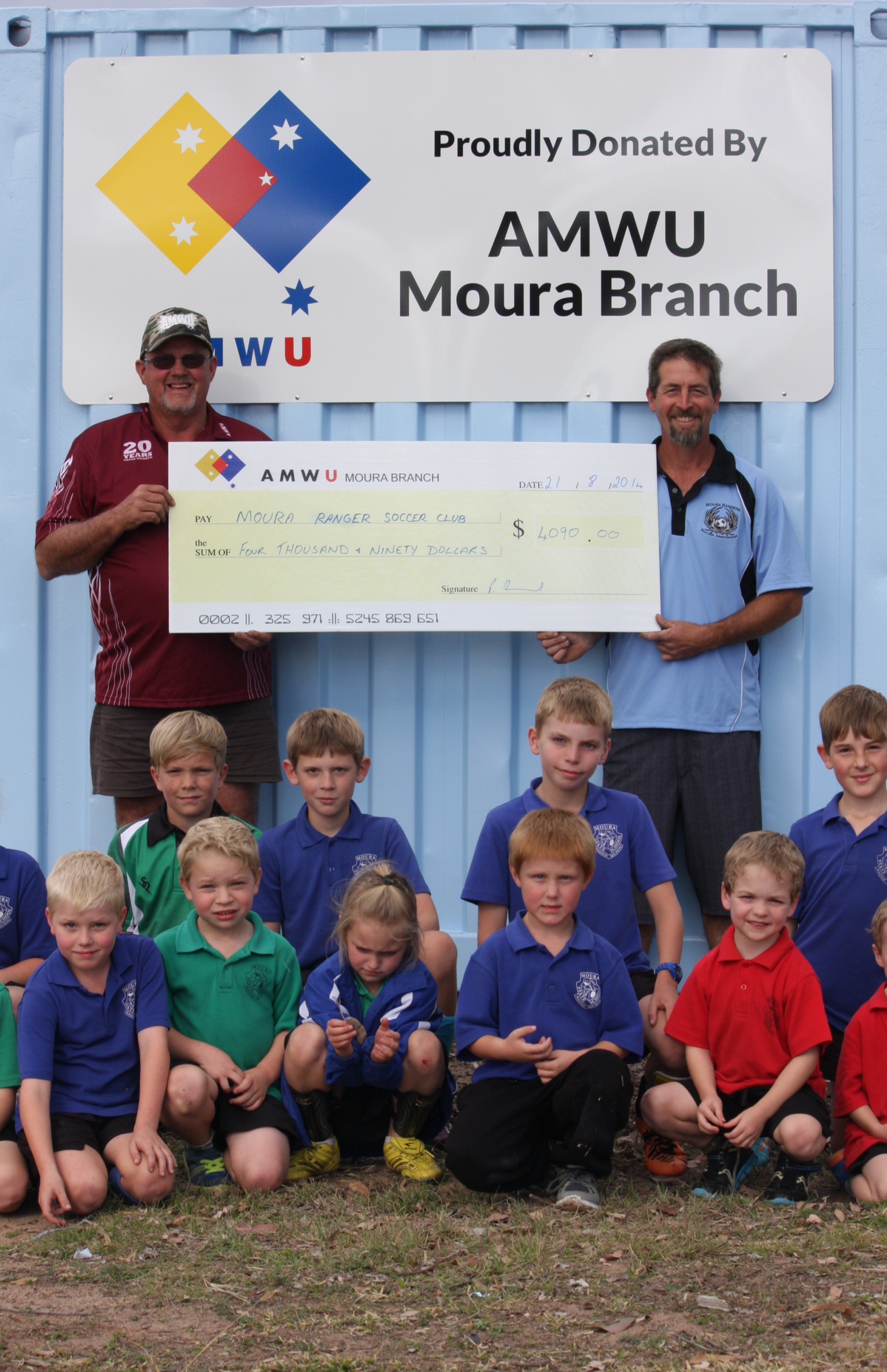 “There was already a slab there where the sheds had been and they wanted to get something done before it was broken into or the weather did damage,” said AMWU convenor Peter Hammond.

“We thought this was a special case which deserved a special effort.”

He said more than $10,000 worth of equipment was stored in the old, unlocked sheds and there were security concerns as the club’s canteen was broken into a few months back.

“We just had a couple of old garden sheds and the branch smashed through the roof. I asked Peter Hammond if the union could help and the members voted it up, the club really appreciates what the AMWU has done,” he said.

It is far from the only community effort by the members at Moura, despite their numbers having been more than halved halved in the past year with redundancies at the Bowen Basin mine run by AngloAmerican.

Last month they also gave $1000 to the town swimming club for new lap timing equipment, they regularly allocate a few hundred dollars give to local causes and this year donated $2000 in prizes  to a fishing competition on the Dawson River in aid of women’s cancer research.