It’s fiesta time for a group of skilled members at Mexican multinational Mission Foods who have shared an extra $20,000 for operating complex packing machines, thanks to the AMWU.

The extra dough finally appeared in their pay last month after a lengthy struggle before the Fair Work Commission, in which Mission tried to deny the skills and expertise our 16 members had on the computerised, robotic packing of tortilla flat breads.

The union brought the issue before Fair Work because our members were frustrated at having worked for 16 months operating the multi-million dollar machinery without any payment to recognise their extra responsibility or skills. 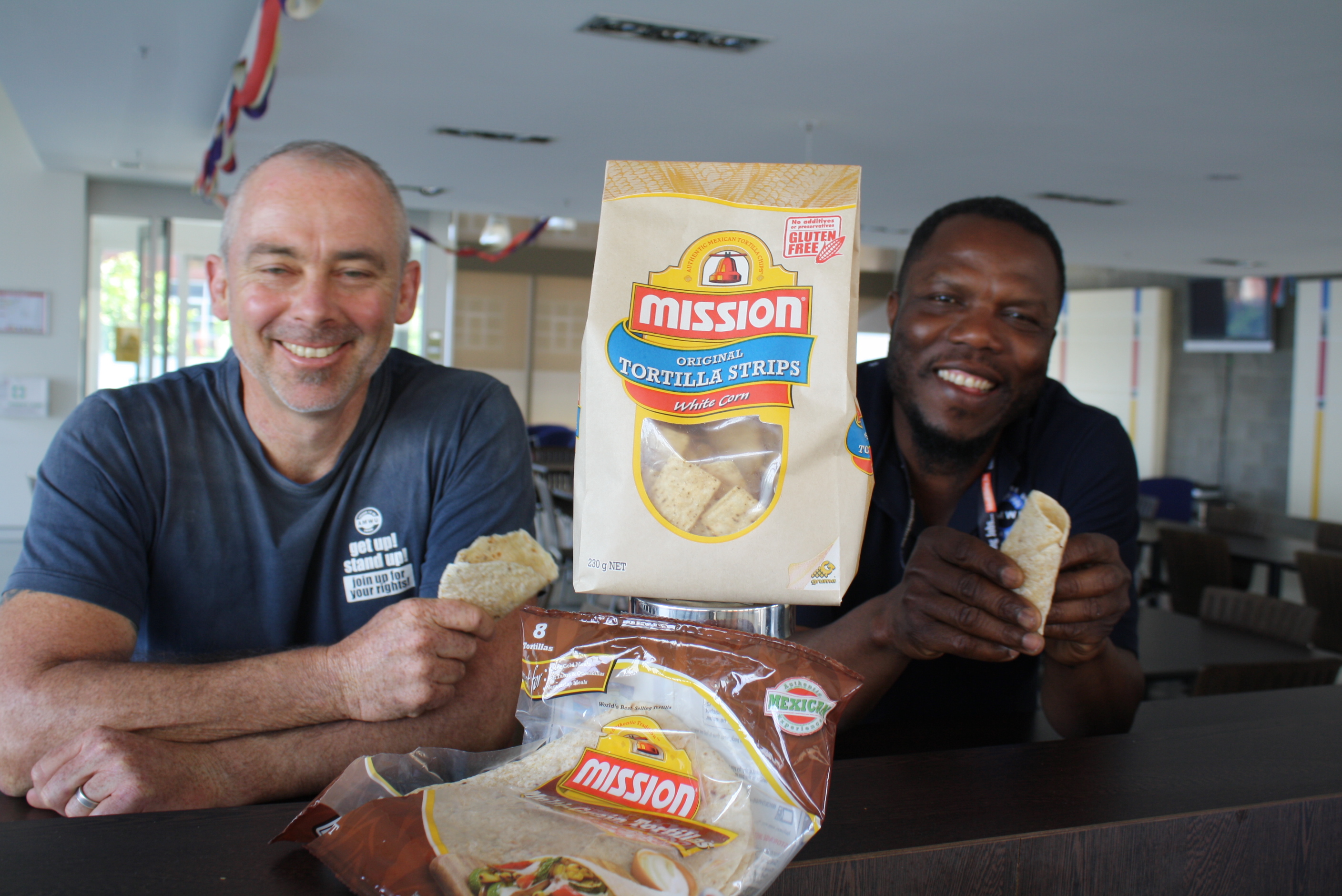 AMWU delegate Dakena Thomas was among a small group of workers given two months’ intensive training by experts from Visy, who had installed the new robotic packing line at Mission’s factory in northern Melbourne in the summer break of 2013-14.

They were taught to control the machine over the entire packing process, from boxing to paletising.

And they also developed their own techniques for re-setting the computers’ programs and general troubleshooting to fix any problems.

“There was no paperwork to certify we had done the training, we were operating two lines each but we were still being paid the same as what we’d always been, despite having our hopes raised,” Mr Thomas said.

AMWU organiser Chris Spindler estimated they should have been on the equivalent of Level 3 of the food industry award but Mission Foods (also known as Gruma Oceania) refused to upgrade them.

Everything changed when the AMWU took the matter to the FWC in May – and not initially for the better.

With the case Commissioner planning a factory visit, Mission suddenly started rotating normal production workers as “floaters” on to the machines, taking the expert workers off them.

“The management didn’t know how to run them, so they used one guy as a machine operator on the higher pay rate – we had trained him,” Mr Thomas said.

On the day of the inspection, the firm tried to downplay the capability needed to operate and adjust the machines to convince the Commissioner any worker could easily perform these tasks.

“But they had forgotten to change the password on the computer, so we were able to get in there and show the Commissioner our skills, what was really involved,” Mr Thomas said.

Soon after, Mission agreed to a backpay compromise that will give our AMWU members a well-earned, early Christmas gift.

“It was a great win to gain backpay from a very harsh employer, and a real credit to our members for proving what was true,” Mr Spindler said.