AMWU members have been honoured for mentoring young people under a youth training initiative at train maker Alstom and other Victorian regional businesses.

Also awarded were electricians Craig Coulter and Mathew Grime, along with Alstom management, employers plus the training and school groups. 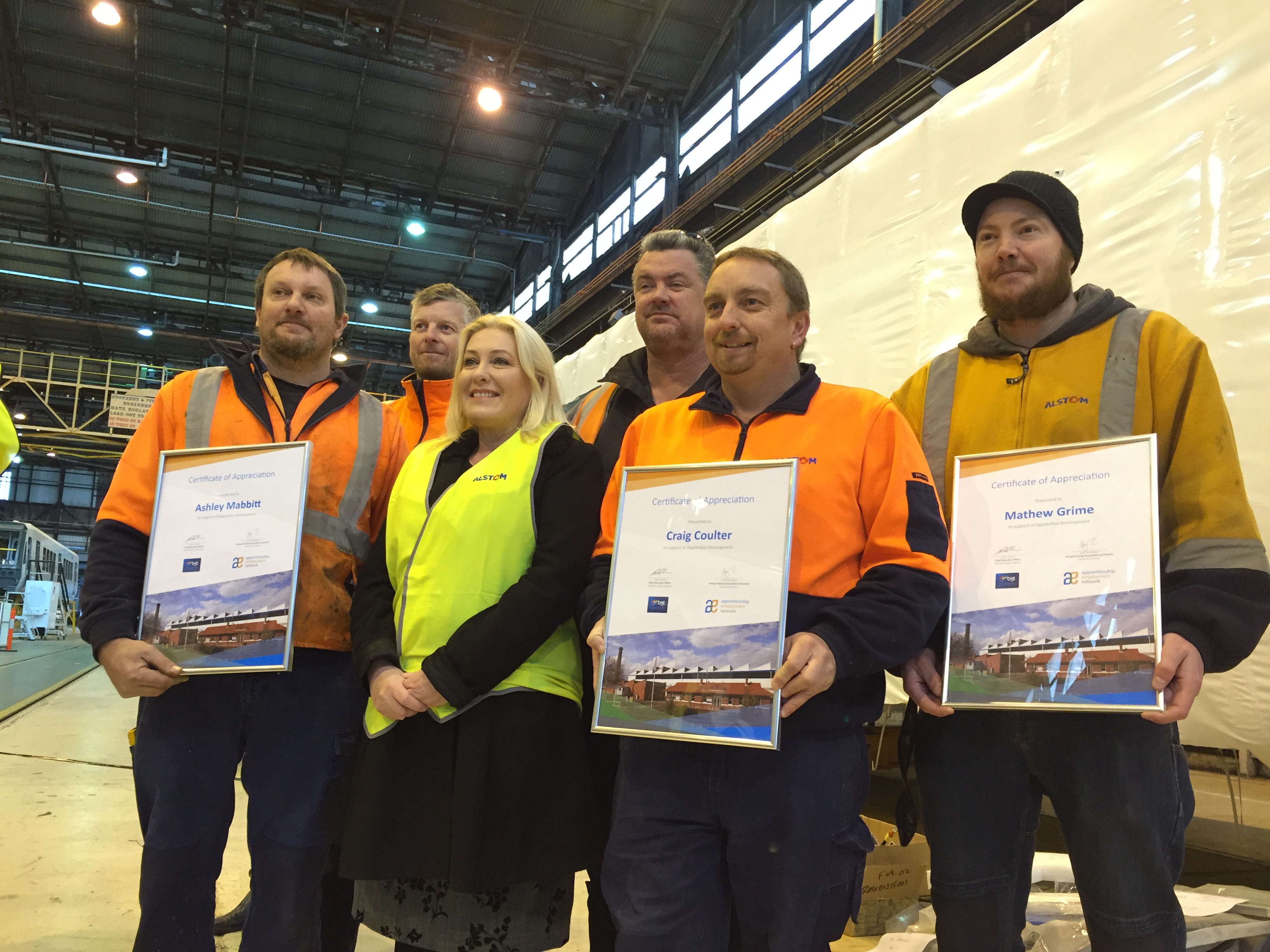 The mentoring idea sprung from AMWU members at Alstom looking for productive ways to fill in a quiet period last year between contracts making X’Trapolis trains for Melbourne’s passenger network.

It began with a few senior tradespeople mentoring Ballarat Group Training apprentices, but grew to them also helping student pre-apprentices. Skilled AMWU members also did maintenance jobs for the Secondary College and other community facilities.

It’s come together with Alstom having provided six apprenticeships to BGT students, given the impetus from winning $190 million in new state train contracts which will sustain work for at least two years. The site also hosts five school-based trainees.

The plan is for BGT to work with the Secondary College in offering more pre-apprenticeship places to students in Years 11 and 12, giving these teens the front running when Alstom and other local businesses offer further apprenticeships.

Mr Mabbitt said he and other AMWU members loved working with young people and looked forward to the program expanding to more pre-apprentices, potential boilermakers or fitters.

“The company is heavily involved and the effort  brings together the union, schools and trainers  to equip our young people with the skills they’ll need for good careers. It’s giving incentive and hope,” said the Alstom mechanical fitter.

“This could be a model for a lot of other unions and companies to work together for the wider benefit of Appreciation. of everyone.”

Stephen Taylor said: “It’s great to be involved with putting something back into our community.”

Alstom is also investigating bringing some overseas parts operations to Victoria, which  will be suitable in providing work through Ballarat Regional Industries, which assists people with a disability.

Mr Mabbitt said he had mentored one apprentice boilermaker and eight pre-apprentices from the Secondary College, with six already gaining metals apprenticeships.

“I’ve got my own kids in that age bracket, so it’s gives you extra motivation because these kids all have the same issue in finding their futures,” he said.

“They’re our future too. They’ll replace us one day and I’m glad the outlook for rail in Victoria is now so positive.” 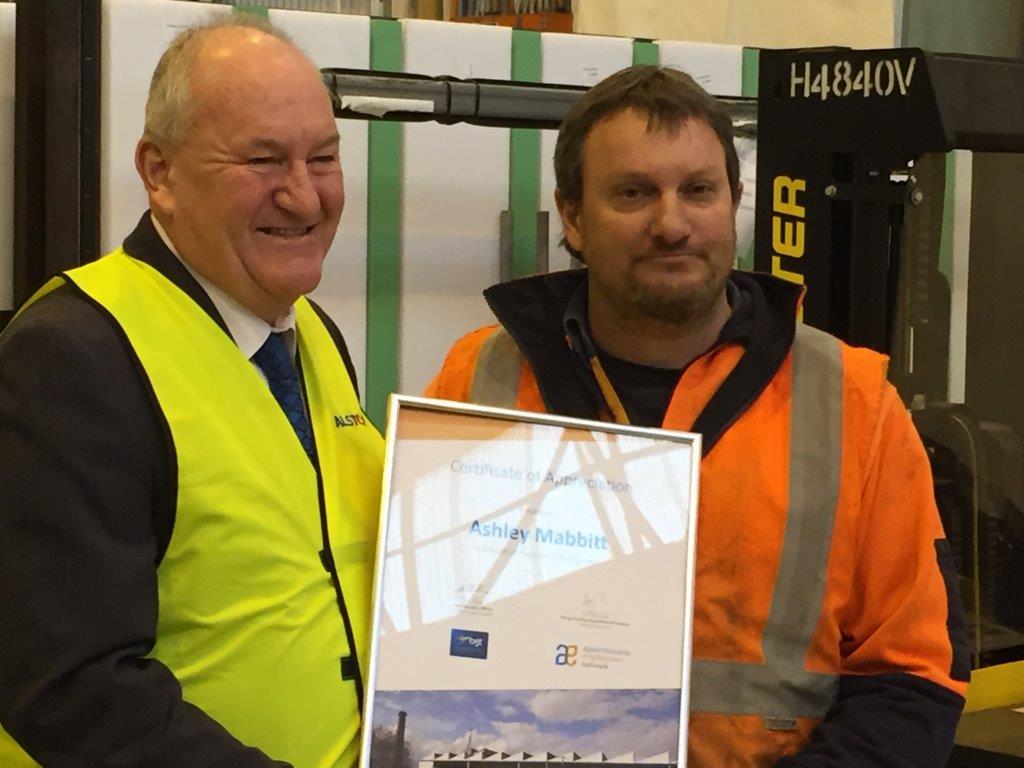 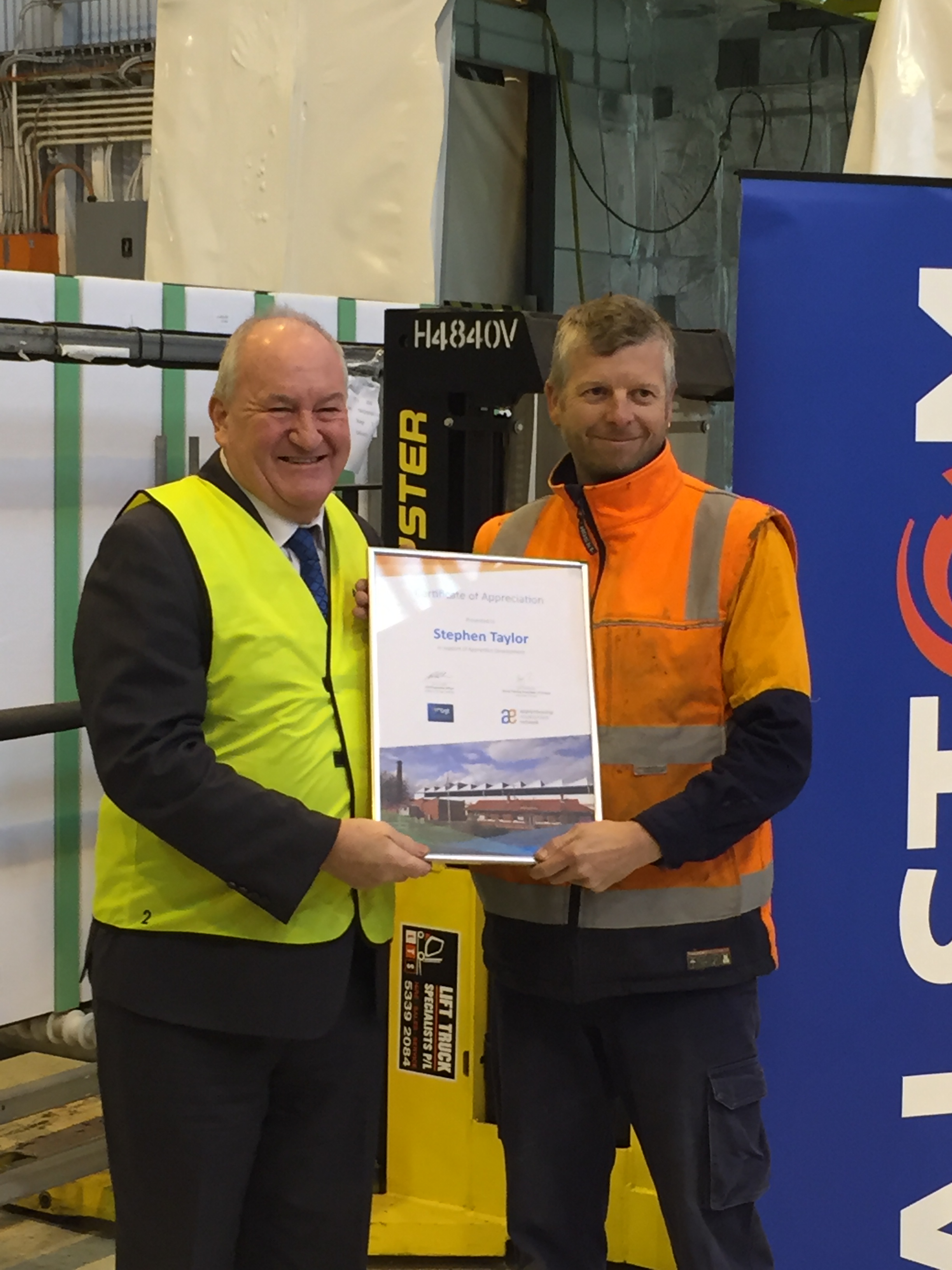