Low-key action is just the beginning

A group of new union members seeking their first enterprise agreement this week began industrial action which could spell big problems for Bunnings stores across Australia.

The production workers shared a barbecue lunch courtesy of the AMWU on the first day of a 48-hour strike outside their employer Vertical Supply Integration, the only supplier of stationary, product labelling and in-store signage to the big hardware chain. 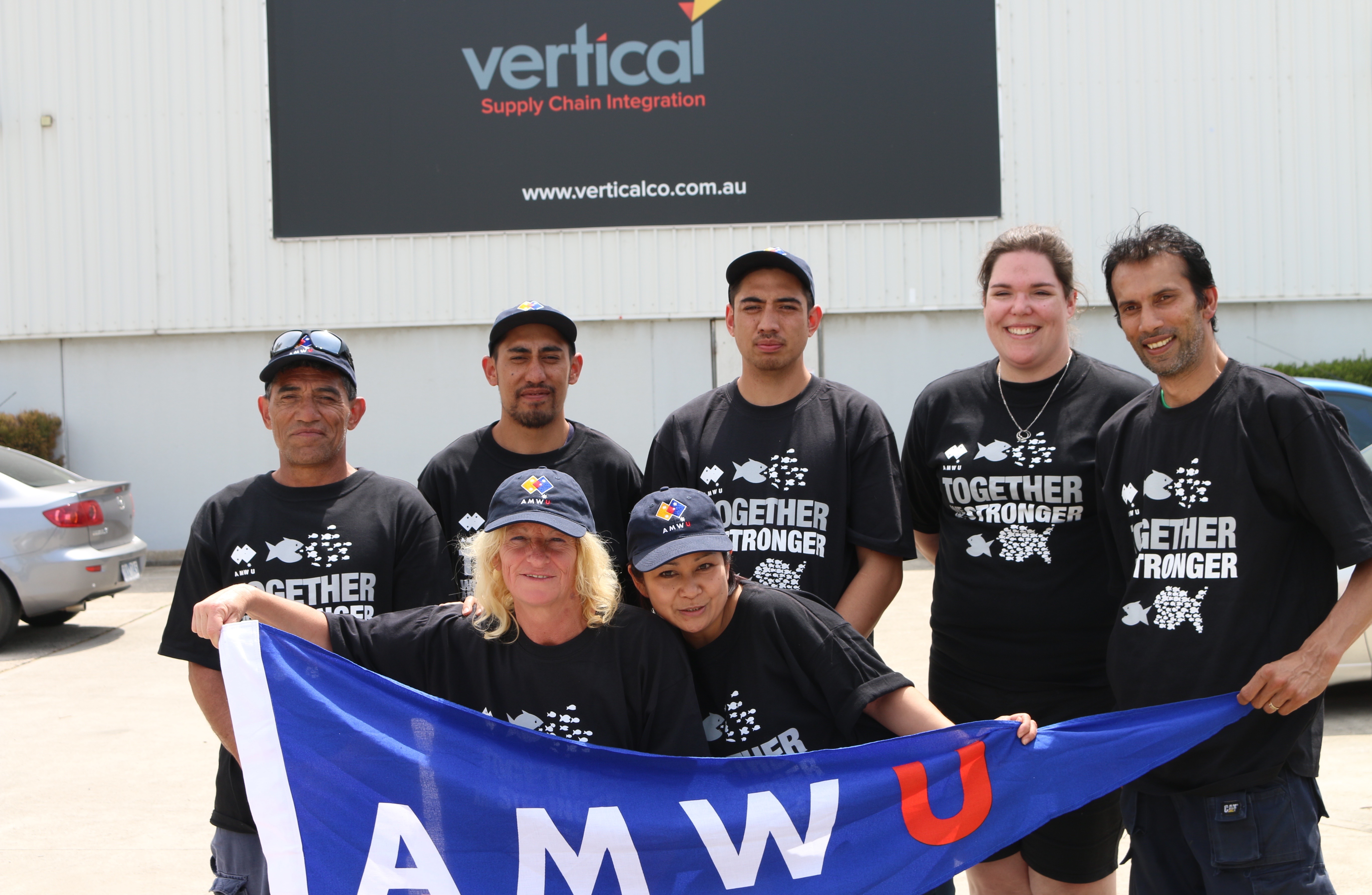 Proud to be union: These new AMWU members at Vertical want an end to the individual contracts they felt unfairly compelled to sign.

The dispute could severely impact on the Bunnings hardware chain in the lead up to Christmas.

The eight members, most who have joined the union within the past six months, felt they had no option but protected action after the print, packaging and logistics company refused  any change from individual contracts they were pressured to sign a year ago when the firm changed hands.

They are vitally concerned about improving redundancy provisions and restoring their holiday leave loading, which was eliminated under the contracts with their employer in Melbourne’s west.

“We’ve had meetings with the company but the management claims they can’t afford any change and are just stonewalling,” said AMWU organiser Robert Gee.

“The members are determined, they want the protection of an EBA and have started with two days of strike action.”

Members are particularly concerned about job security as speculation mounts that the company is again to be sold or merged.

AMWU member Hakim Dean said this was the third group of owners he had seen  in 20 years of service.

“The redundancy is a major factor for us, we wouldn’t want to be pushed out the door without a fair deal,” he said. “ I’m part of the group and if the majority decides on more action it will happen.”

Melissa Lee said the workers wished for a peaceful agreement to be reached between union and management.

“The management try to talk to us directly but we’d prefer they deal with our union – we feel the union is someone more impartial.”