The jobs bonus from a powerful local procurement policy has been proven in Victoria where workers at Melbourne company Stilcon are the latest members to benefit from campaigning by the AMWU.

Over 120 jobs at the Sunshine-based company were secured and eight new positions created after Stilcon won a state contract to supply structural steel for four new schools.

It came about due to the Andrews Government’s requirement that local steel be used if cost effective on government-financed projects, which has extended to 16 projects including  railway crossing upgrades, schools and hospitals.

And there’s potentially plenty more to come, with $924 million allocated in this week’s State Budget to build 11 new schools and a massive $14 billion more allocated to be spent on rail and road infrastructure.

AMWU Assistant Victorian Secretary Craig Kelly said job creation at firms like Stilcon now showed the success of campaigning on local procurement by the AMWU before the last Victorian election. 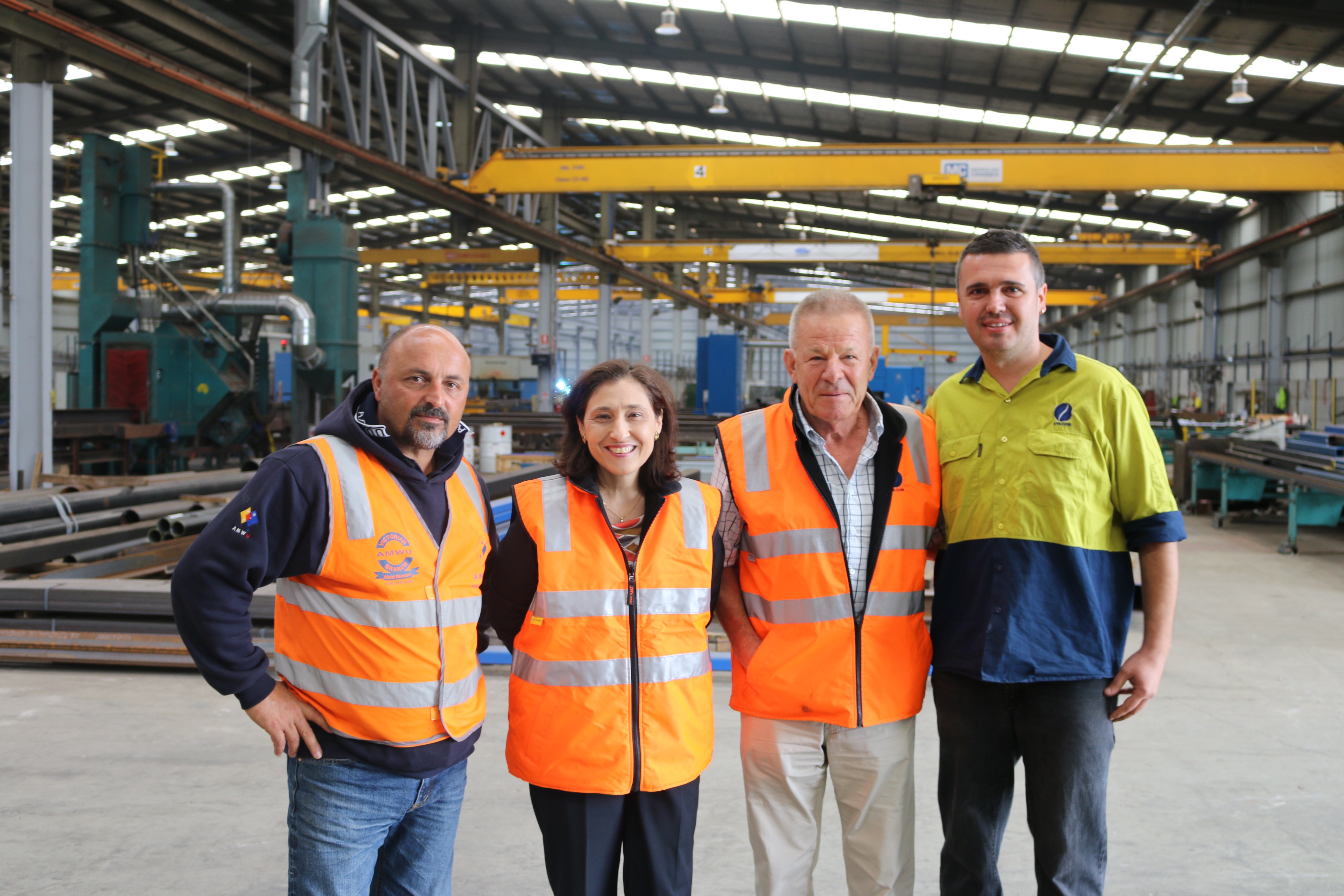 Victoria’s Industry Minister Lily D’Ambrosio visited Stilcon to announce that under the Victorian Industry Participation Policy, initiatives worth $50 million or more will be known as “pipeline” projects with minimum local content requirements.

On the rail crossings project, this is 100 per cent Australian steel.

The Policy has already generated about $1.12 billion worth of local industry orders, 981 new jobs and 197 apprenticeships across Victorian industry in the last financial year.

Stilcon will supply 878 kilos of structural steel worth $5 million for the frames of the primary schools from it’s state-of-the-art fabrication facility, with more work possible as the state builds 15 new schools.

Mr Kelly said: “This Government procurement policy shows how unions can achieve great results beyond shopfloor bargaining when we use our community strength.

“It has worked in Victoria with local steel, which proves it can work federally as the union movement urges all major political parties to mandate use of Australian steel on all government projects across the country.

“The quality of Australian steel used in construction is superior to much of the foreign steel dumped on our market, so there’s no reason why Whyalla and Arrium’s associated businesses can’t have a solid future if managed properly.”

“We definitely support the Australian steel industry, if we keep other Australian workers busy, then they’ll keep us busy. It’s a chain-reaction,” he said.

“These schools are important jobs, there’s a humungous amount of steel going into them, we can supply the jobs on-time with top quality. We’re very hopeful there will be more work coming.”