AMWU Delegate Kahn Goodluck was recently part of a delegation to Canberra aimed at lobbying politicians on the proposed Comcare changes. These changes would have a significant affect on workplace health and safety schemes around the country and mean that workers in our industries would have less protection if they are injured. Read about his experience below. 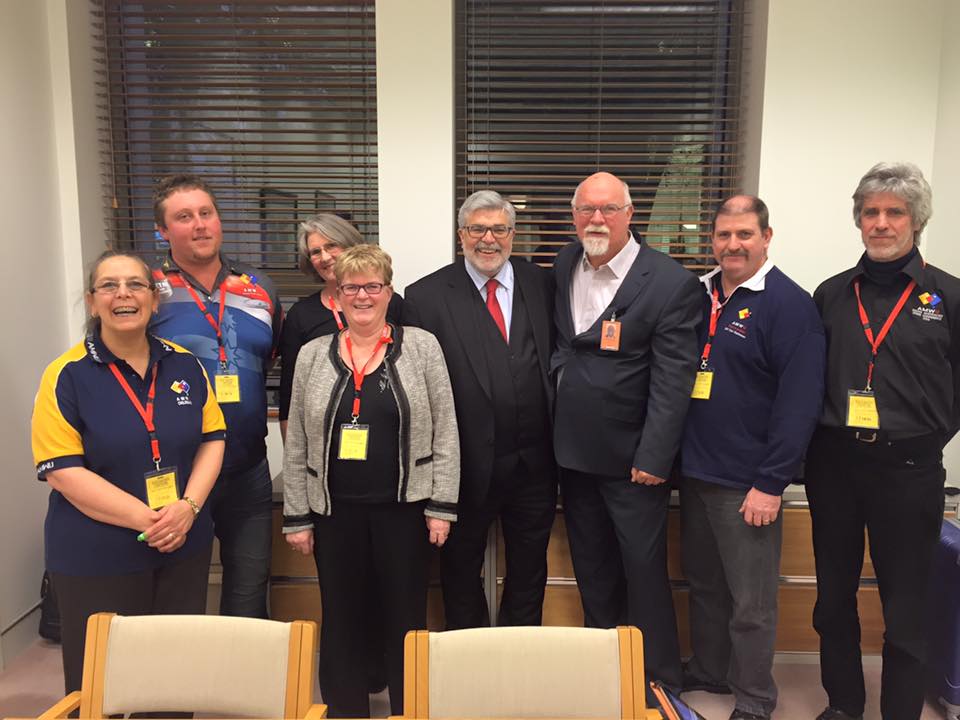 My name is Kahn Goodluck. I am a boilermaker by trade and a proud delegate of the AMWU on the Bechtel APLNG site on Curtis Island, Gladstone. On 22 June 2015, myself and some other delegates from different industries were given the opportunity to go down to Parliament House in Canberra. We were accompanied by AMWU National President, Andrew Dettmer, and had the opportunity to speak with a number of Senators about proposed legislative changes that would have big negative effects on workers' rights with regards to our work cover systems.

Walking through the halls of Parliament House was a completely different atmosphere to the construction world of high vis clothes and steel cap boots. It's not something that I'm accustomed to, but it was for me, a fantastic experience. We sat in with various different Senators and explained to them how these negative changes would potentially impact and effect ourselves and the members we represent.

"it was amazing to realize that a boilermaker from Gladstone, through the guidance and support of our union, could really be sitting there"

I have taken a strong interest in politics over the last couple of years. I have realized the important role it plays in the everyday lives of working class people. I felt a great deal of pride, honour and importance in the role I was playing on that day. We were there as a voice for not only the members of the AMWU, but for all working class people.

For me it was amazing to realize that a boilermaker from Gladstone, through the guidance and support of our union, could really be sitting there in Parliament House discussing real issues that will make a real difference to real people. I felt, at least with the majority of the Senators, that our message was getting through and I'd like to believe we made strong positive impact. I'm appreciative of the opportunity to participate in the delegation and would recommend to anyone else out there that wants to make a difference to get out their and give it your best shot. Together we can change things for the better.

If you think Comcare means no care, follow Kahn's lead and do something about it! Sign the petition today.