If it’s a good move for Qantas to introduce designer uniforms for its female pilots then it makes sense that women who keep the aircraft fit to fly also wear gear which makes their work as comfortable as possible.

The recent release of tailored pilots uniforms for women confirmed to new AMWU delegate Jeyda Teoman that female aircraft maintenance engineers working in the hangars shouldn’t have to wear ill-fitting male clothes which hung off them.

She’d been putting up with work trousers which came up to her belly-button, shirts too big and overalls with ventilation holes in some embarrassing places for the eight years she’s been with Qantas.

Ms Teoman discovered it’s a similar story for over 200 female maintenance engineers and aircraft cleaners at the Sydney Mascot jetbase, who are entitled to new airline-issue kit as needed.

Her suggestion that Qantas provide pants, shirts, shorts and overalls also designed for women has had a good response from management, so her idea is on the runway.

It’s a great start for the AMWU’s first female delegate at Qantas, as none of the women employees had ever come forward with the problem before.

If would benefit about 200 female maintenance engineers across all Qantas sites nationally.

“When I put on the shirt their male-size ‘small’ is far too big for me,” she said.

“The uniform is too big in some areas, too small in others like the hips – the overalls had ventilation holes where my bottom is, so I wore clothes underneath. I finally gave up on overalls.” 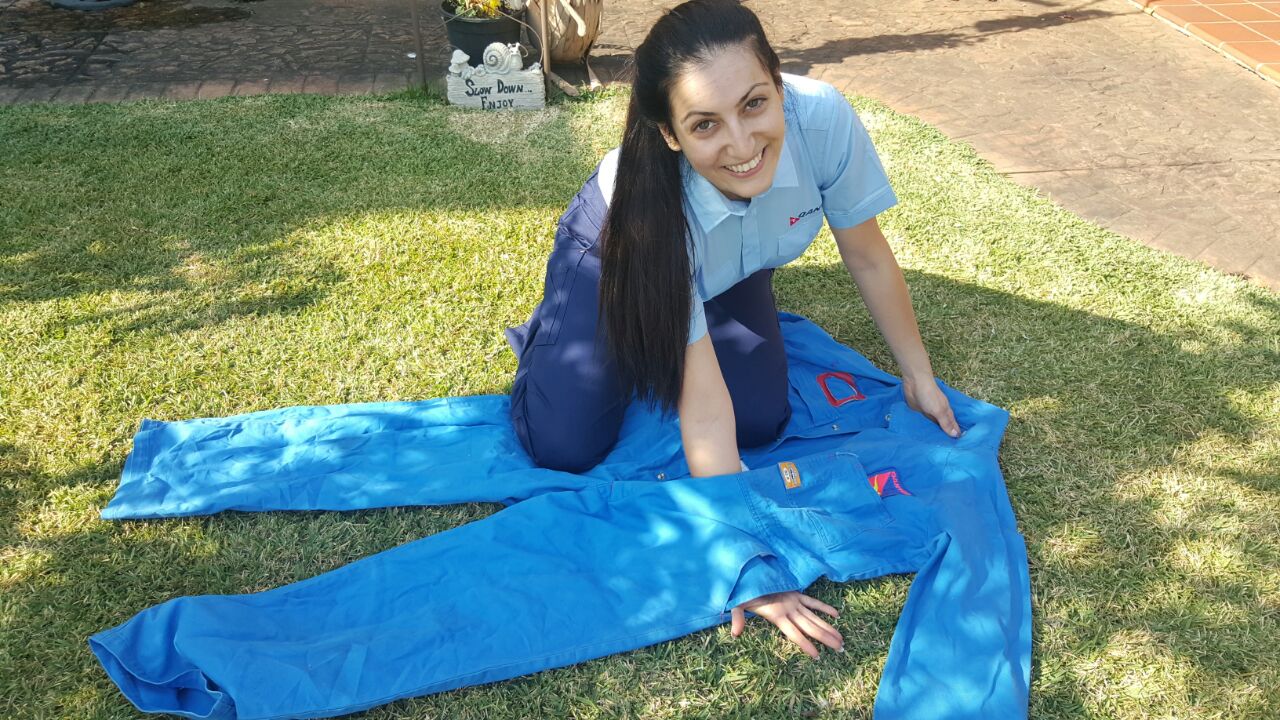 Picture: Ms Teoman shows how the ventilation holes in the issued uniforms could cause embarrassment for female staff.

Qantas have listened to her suggestion and approved meetings between Ms Teoman and their uniform provider, as well as assigning an executive to oversee the process.

“Some of our managers thought we already had women’s sizes, they were surprised we didn’t and have been really happy to look at it,” she said.

“This should apply to Qantas employees across the country, though I’ve been told changes in clothes designs can take a fair while.”

But in the recent past Qantas has approved work clothes for pregnant employees.

“If it made sense for the pilots, it makes sense for everyone else too,” Ms Teoman said.