The end of car production should not mean an end to a growing auto industry if the Federal Government helps it become export-oriented and to embrace emerging vehicle technologies.

That’s the conclusion of a Parliamentary Inquiry in the future of the industry, which picks up key AMWU proposals for growing new jobs and skills.

The report prioritises changing the Automotive Transformation Scheme from assisting mass car production by making $800 million in unspent funds available up until 2021 to help our supply-chain firms diversify into other products and sustain jobs.

It also proposes the ATS be amended so companies can claim it to help fund research and development.

The emphasis should be on advanced manufacturing, engineering and design but the report doesn’t neglect aftermarket manufacturing, servicing and retail.

“The report has found that Australia can and should have a vibrant automotive industry,” Mr Smith said.

“But to achieve that it needs the right Government policies to assist it, with careful spending  to help companies diversify into new products which will make them competitive in overseas markets.” 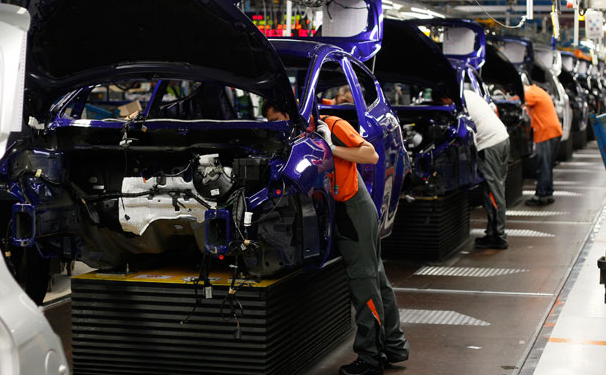 Helping beyond Ford: the Senate report finds that ATS funds should be put into supply chain firms with plans to diversify, advanced manufacturing and to help workers re-skill.

The Senate Committee’s report was released this month after a year of extensive industry consultations, including hearings where AMWU officials gave evidence.

The Committee wants all players, including companies and unions, to form an Automotive Industry Taskforce to develop policy to assist all areas.

The report found The Automotive Industry Taskforce could also assist the industry to understand and grab the opportunities of emerging technologies, such as alternative fuels, electrification, light-weighting, gaseous fuels and fuel cell technologies, car sharing, telematics and self-drive vehicles.

Mr Smith said a comprehensive government plan was the best chance of getting re-growth across the industry for new jobs and skills. That’s needed to stop the end of car making in 2016-18 becoming a social and economic catastrophe in parts of Adelaide, Melbourne and Geelong.

“It’s time for the Turnbull Government to step up, assist industry with ATS funding,” he said.

“This committee has made a good start on a blueprint to give the industry a new lease of life but these changes have to happen now.

“We have less than year before Ford closes, so it’s time to give the industry the ATS funds it needs to help firms change and workers re-skill.”