Ian Drake: A lifetime of unionism

Tasmanian Branch President Ian “Edna” Drake has dedicated his life to the cause of the worker. This week the AMWU has celebrated Ian’s service at a special dinner and ceremony for him at his home in the north of Tasmania.

“Edna” as he is affectionately known by all AMWU members in Tasmania joined the union as a 4th year apprentice boilermaker and continues to this day.

He has 50 years of continuous membership and service.

He is stepping down out of his role as President of the Tasmanian Branch and the State Council held a dinner in his honour.

Ian joined in 1 April 1968 (an April Fool!), and the union at the time was the Boilermakers and Blacksmiths’ Society, prior to amalgamation into the AMWU.

While working as a boilermaker, Ian served as a shop steward (delegate) for many years, as a State Councillor, National Conference Delegate, State Admin Committee Member and finally as State President.

National Secretary Paul Bastian and State Secretary John Short were delighted to toast Ian and present him with his Award of Merit.

“Ian represents the best of unionism – a lifetime dedicated to a fair go for workers and serving his community,” said John Short. “We wish him well as he retires from serving the branch.”

As to how he got the name Edna, Ian says it was so long ago that no one remembers the story anymore, but had to do with how close he was to his Aunt Edna, who used to bring him and his siblings food and cakes as a child.

“I was so close to my Aunty Edna that I got the nickname,” he jokes. “Many people in Tassie don’t even know my real name is Ian – I’ve always just been Edna.” 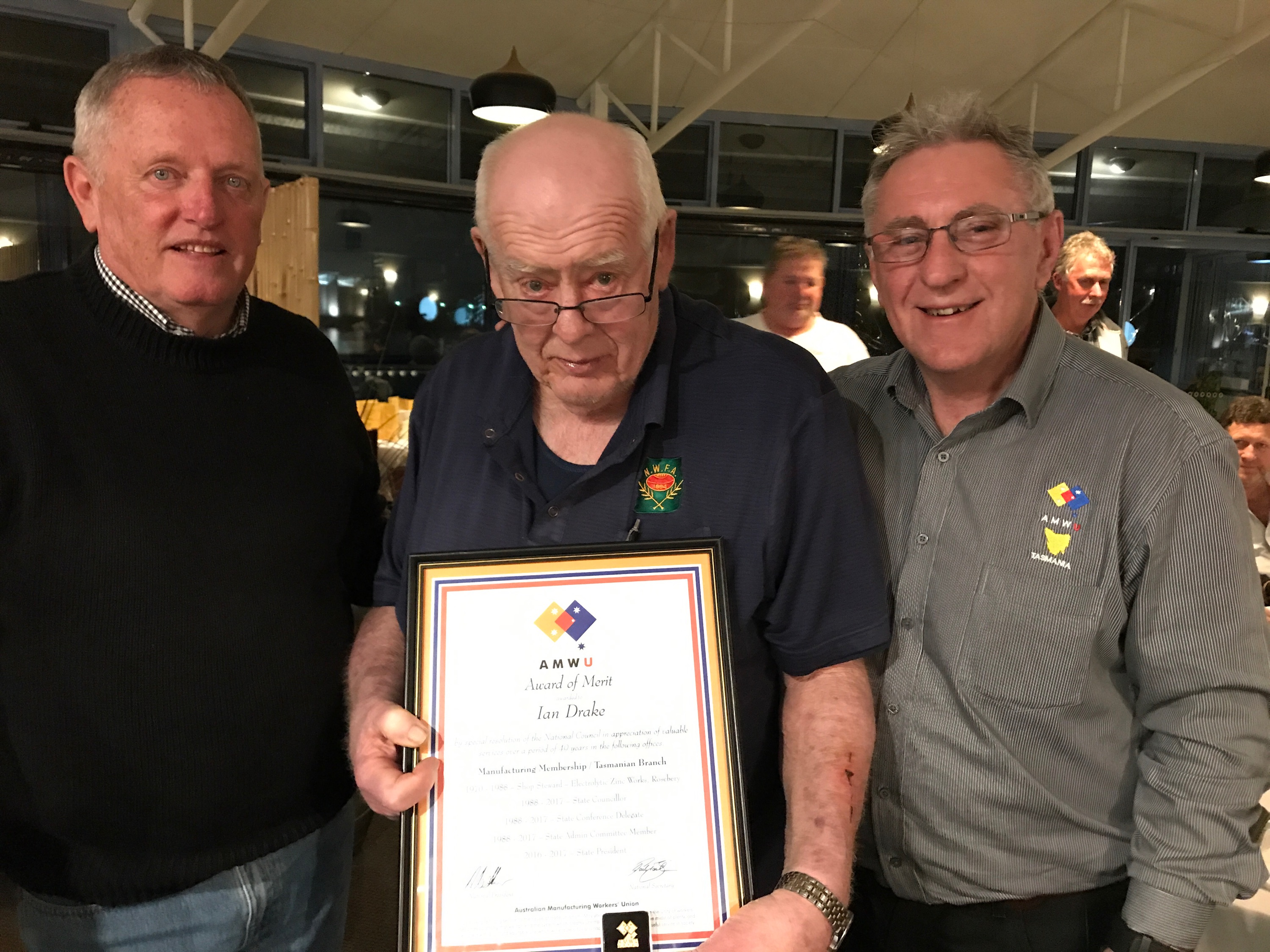